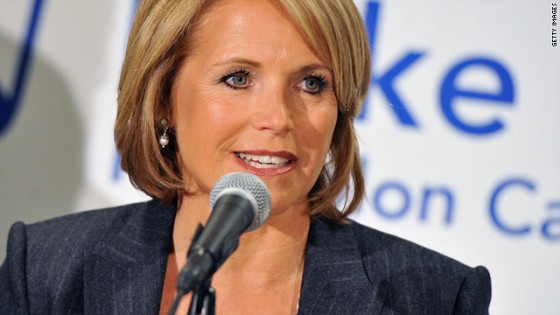 I don’t watch daytime talk shows because I don’t have a vagina, but I’m fully aware lots of people do. With some broad named Winfrey exiting stage left earlier this year, every dude and dudette with a career in broadcast news is throwing their hat in the ring of what constitutes a battle royale for the right to seize the title of king or queen of daytime television. It’s seasoned vets like Ellen and Maury going head-to-head with rookies like Anderson Cooper and Katie Couric, among others.

Couric, whose show won’t premiere until the fall of 2012 on ABC, has settled on a name for her show. It shall be called… Katie. Geesh, she really climbed out on a limb there, eh? She went with her first name just like all those other hacks. Yawn.

I like Katie, so I took the liberty of conjuring five alternate titles that I feel will separate her from the very competitive pack. And here they are.

Number one might land her in some legal hot water, but the others are sound as a pound. You can thank me later, Katie.