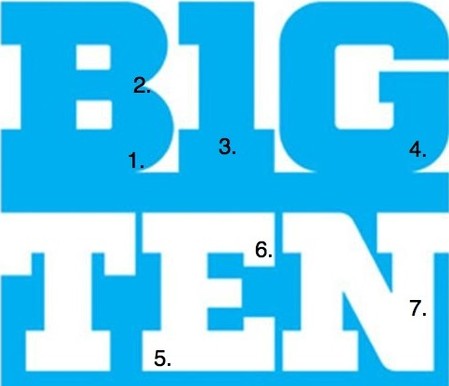 Stolen from the great Spencer Hall... for obvious reasons.

The Big Ten Conference announced today they were happy to reveal their new penile implant, hoping the world would drop to it’s knees in awe  to take in every inch of the newer, bigger logo.

Instead, the world ripped it – including our favorite analysis from the iconic Spencer Hall at EDSBS, where the numbers in the logo above will be explained (listen Spencer, I’m a lazy fuck and I looked on Google Images and couldn’t find the damn thing as big as it is on your post… so I ripped the thing off, but I’m going meta with it so cut me a break… I’ll buy ya’ a shot).

Those Rose Bowl-lovin’ heathens missed the mark. I have five better suggestions of my own, options that might have produced a greater sense of respect and integrity, or that may have brought a more fiscally-responsible image to the Steak ‘n Shake of college football. 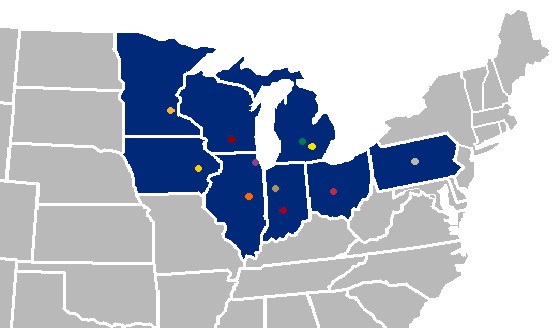 Get it... Steak 'n Shake is a midwest thing. Like the Big Ten, and snowballing.

Here are five logos I would have put forth to the Big Ten for consideration.

Every single one of you country fuckin’ bumpkins loves Walmart. You flock to enjoy the air conditioning and adjoining Subway and the samples of second-rate food and Moneygrams… especially on Sunday when you come in wearin’ your best and shopping for more of the same. You brought this franchise to the heights of American power and now they run this mother fucker. There’s no middle ground with Walmart. You love it or want it burned to the ground, like the Big Ten.

Still… put that on the conference and the hicks will flock to spend. 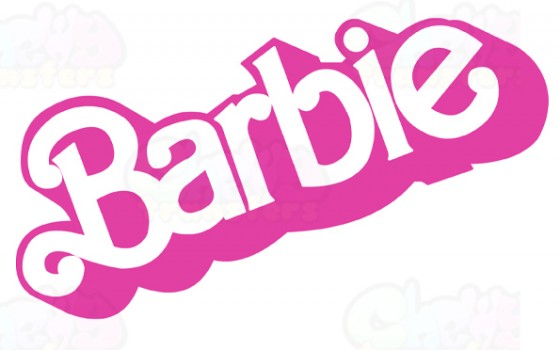 Just admit it. You’re a bunch of pussies. Big Ten football… you’re the bitch of the SEC, you’ve clearly moved behind the Pac-10 and Big 12… if not for the Rose Bowl you might not have a team in the BCS this season (Wisconsin is a three-point dog and I’m LOVING the Horned Frogs of TCU to work that out)… you aren’t the Ken in this relationship.

At least you can wear the cheerleader outfit. 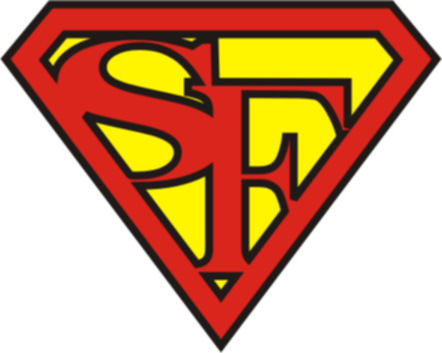 If you’re going to tout this much fucking ego you might as well go all out, right?

It sounds cooler, you’ll pull the retro crowd that may have disposable incomes in this economy, and you might find a use for Aquaman with Lake Michigan right fuckin’ there. That’s a win for everyone involved (until we start watching games). 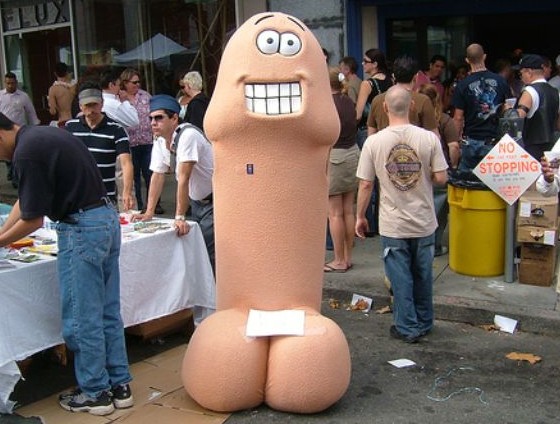 Inspired by Jim Delany… the Happy Penis. Everyone loves a happy penis and its about time Delany started cleaning up his image. 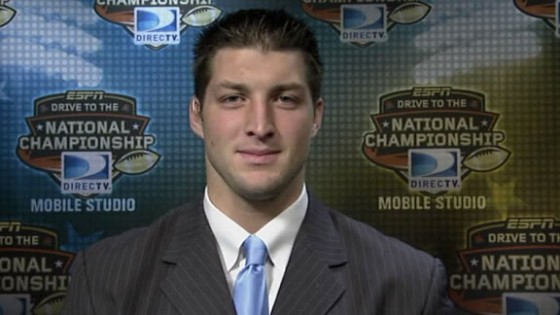 Tim Tebow is the best thing that ever happened to college football, and I see no reason why the folks at the Big Ten shouldn’t come running to hitch their wagon to the Chosen One.

And if you’re real lucky, some dumb fuckers will tune in thinking they are watching SEC football.

Besides, talking game is about all Tebow can do at this point, unless he wants to fade into a life of circumcision and duty to religion. That’s not a good story at all.

Make him the face of the Big Ten. Hire Urban Meyer to direct it. He’s available.

Anything but that logo you’re rolling with.