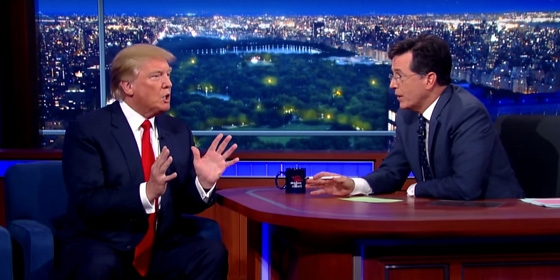 It is no surprise when celebrities speak out for causes that they care about. They use their star power to highlight causes that the average citizen would never know about. But what is surprising is the number of celebrities who have publicly spoken out so passionately against “President” Donald Trump. Considering he is the least popular “President” in the history of polling, maybe it’s not too surprising. The list of celebrities who hate Donald Trump is long. Very, very, long. It includes actors, musicians, rappers, authors, and comedians.

In recent days, Stephen Colbert has received attention for his strong anti-Trump rants, but he’s definitely not alone. Here are five other celebrities who don’t hide their hatred for Donald Trump. 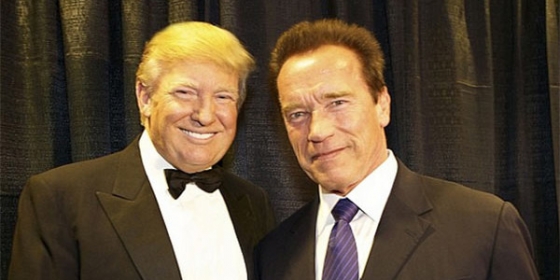 If you want to know what it feels like to have Donald Trump as an enemy, just ask Arnold Schwarzenegger and other celebrities who hate Donald Trump. Schwarzenegger says he has thick-skin so the “President’s” comments don’t bother him. It gives him an opportunity to fire back. But you have to wonder what the actor/former governor must really be saying when the cameras aren’t on. According to Schwarzenegger, he and Donald Trump were friends, until the President became upset with him for not voting for him. From that time on, he was on the President’s wrong side. Since he is on that side Schwarzenegger is not holding back. He praised Republican leaders like Ronald Reagan but made it very clear that he was not a Trump Republican, that’s why he didn’t vote for him. 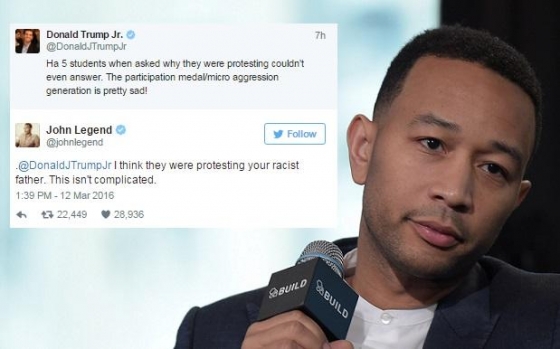 John Legend has publicly attacked Donald Trump on Twitter, calling him a “racist” and an “awful person.” In a recent Newsweek article, Legend said Donald Trump has terrible character, terrible instincts and he’s completely unfit to be president. Legend then listed the things the “President” has done wrong in his first weeks in office, citing attacks on the press and freedom of religion. Legend is worried that Trump’s ego and insecurities will involve the United States in a “stupid” war.

Last November, in the Hollywood Reporter Legend said Trump’s “Hitler-like” rhetoric could turn the United States into Nazi Germany. More recently, in a Fault magazine article, Legend said he hopes Donald Trump is a one term “president”. During the 2016 Presidential election Legend supported Hillary Clinton and performed last summer at an all-star concert fundraiser. He’s married to supermodel Chrissy Teigen, who previously referred to Trump as a “monumental asshole.” 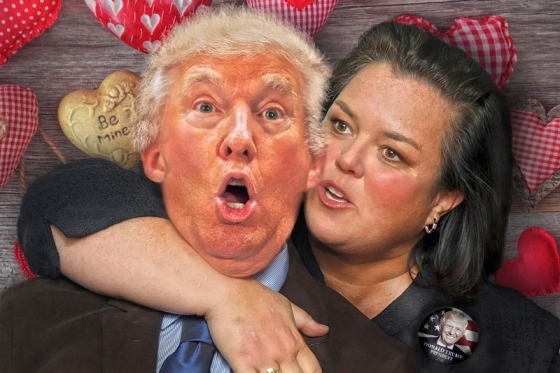 Rosie O’Donnell didn’t start hating Donald Trump once he became “President”. O’Donnell, an actress and comedian, has always hated Trump. The two of them have a history of denouncing each other in public, which continued throughout his campaign. O’Donnell said she saw Trump’s campaign as a “nightmare.”

She once tweeted, that she was trying to explain to her children Trump’s comments about calling women “fat pigs, dogs, slobs, disgusting animals.” In February, O’Donnell joined others as they protested outside the White House ahead of the President’s Joint Address to Congress. Her advice to Donald Trump was, “This is not Russia” and “nyet, sir”. The protest rally was billed as “A Resistance Address: Defending American Values in a Time of Moral Crisis.” The pouring rain did not keep O’Donnell from speaking to the crowd. Her message to Donald Trump was “This is America. It is not yours…” 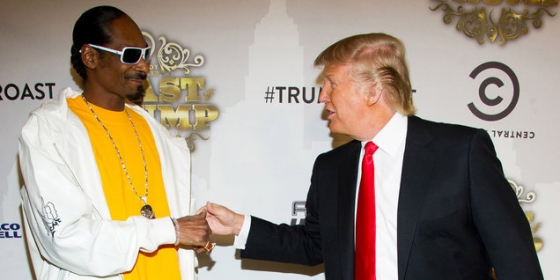 Despite his image as a rapper Snoop Dog has always been outspoken politically. He’s not holding back on Donald Trump. Snoop Dogg stated, “I feel like it’s a lot of people making cool records, having fun, partying, but nobody’s dealing with the real issue with this fucking clown as ‘president’…”

Snoop Dogg used a toy gun to shoot a clown resembling “President” Trump in a new music video. He was rapping about police brutality in a world inhabited by clowns. In the video he pointed the gun at the clown dressed as Trump who was smoking a cigarette. When Snoop pulled the trigger a flag appeared from the toy gun that said “bang”. Snoop later said in an interview with Billboard that he was just clowning around. 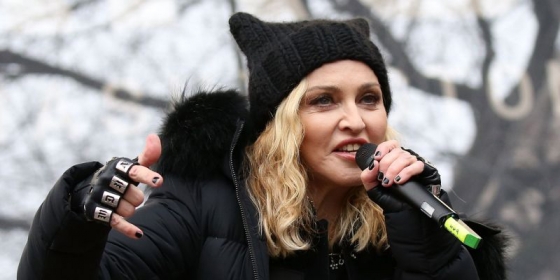 Madonna participated with thousands in the Women’s March on Washington protest rally. She stepped up to the microphone and told demonstrators that she thought of “blowing up the White House” after Donald Trump was elected “President”. At 58 years old, she admitted to being not only angry, but outraged by Trump. Her remarks were applauded by the audience as she undoubtedly spoke words many could relate to. Her speech was laced with a trio of f-bombs as she told the crowd to wake up. In the end Madonna admitted that such drastic actions would not change anything and that we cannot fall into despair.