Times have changed and comic books are no longer the unworthy cartoons of yore. Many deal with important issues and matured themes, but all Hollywood ever sees is the tights and capes, even in situations when neither are present. Authors try to convey deep and thought-provoking messages, but filmmakers go all out and pull an action movie out of their ass. Sometimes, they even wrap the movie in their own themes, which are often in direct conflict to the book. Comic book enthusiasts beware, for the end is seriously nigh.

Superhero freedom fighter Hugo Weaving stands up against an oppressive regime that screwed him. Underlying themes of liberalism versus neo-conservatism choked the movie as they made it a commentary about present day US politics.

V was a literal terrorist. What do you think the Guy Fawkes mask that everybody wore meant? Guy Fawkes was a Catholic extremist who tried to blow up the parliament house in 1605 because he was an absolute maniac. V was never meant to be a good guy. He fought not for democracy and freedom, but for anarchism — an extremely radical ideology whose ultimate goal is the eradication of all government. 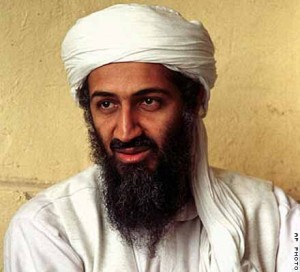 It is the polar opposite of the fascist ruling regime, but that does not mean it is the less of the two evils. In fact, that was the whole point of the story. Both the fascist regime and V were using increasingly violent means to achieve their goals. Its creator, Alan Moore, wanted readers to question what price they would pay stability (fascist regime) or freedom (V).

There were no good guys. The concept wasn’t that hard to grasp, but it’s not very easy to spin money out of.

Basically a lighthearted action movie cliche. The director interpreted it as “this sort of great combination of light humor and fun with this really bad-ass action” and claimed he “had a really tight dialogue” with the creators, Andy Diggle and Jock.

The comic book was about patriotism and the rise of neo-conservatism. It was dark and political. There were scenes of Cougar (the Mexican sniper) watching children burn before his eyes and a man tortured to a skeleton begging people to kill him. Besides the visual similarities, there was nothing.

Also, the director was a lying son of a bitch. 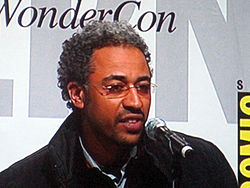 “Because we didn’t own the rights, we weren’t involved in the development process. We’d occasionally hear someone was coming on and he dropped out and someone else was coming on and he’d drop out. It got to the point where every time we heard there was a new development, we got a little bit cynica…but the fact is Joel Silver was signing Jamie’s paycheck and not me, so my opinion didn’t really have any leverage. Some of my suggestions ended up in there and most of them didn’t. ”

He wasn’t too pleased with the final product either.

“It’s a lot lighter, less grim, a lot less political… I think, superficially, it’s very similar, but once you get beneath the surface and start looking at what’s underneath, they’re quite different beasts.”

The comic was one part action and one part dark social commentary. Everybody save Pooch and Jensen died in the end. It was something that made you squirm, think and question. But the movie only made us squirm.

The identity of the killer was obvious right from the start. It was never about the killings at all. We are going to go ahead and tell you that it was Sir William Gull who did it because the identity of the killer did not matter at all. The graphic novel was about the shitty lives of commoners during the Victorian era and how it contrasted with the disregard the rich had for them. 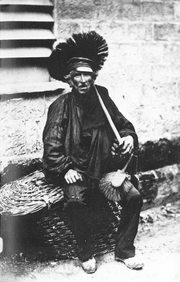 The protagonist was not Johnny Depp, but a fat married middle-aged balding man and Heather Graham’s character was a promiscuous lesbian. They never had a relatonship together.

The flashy action scenes and picture perfect “I can so relate to them” protagonists did not exist at all in the original comic. The comic book was not a whodunnit, but a serious social commentary about Victorian society. Its creator Alan Moore did a ton of research and included over 400 pages of footnotes, none of which were included in the movie. No wonder he hates it.

Watchmen was a satire of the superhero genre. The superheroes were meant to be lame and not cool. Alan Moore (oh yes, him again) wanted to show what superheroes will be like in the real world. He said it was unfilmable and in many ways, he was right.

Nightowl was fat and impotent and looked like this:

But the movie made him cool: 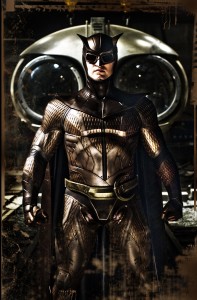 Rorschach was not some Batman guy, but a borderline psychopath who was excruciatingly ugly and disgustingly short. He was also a right-wing extremist. The raspy Christian Bale voice was also a product of Hollywood. The original Rorschach was a psychologically deranged maniac who had an aversion to female clothing.

The Comedian was a rape machine. Not just on Sally Jupiter, but other women as well. He impregnated a girl in Vietnam and killed her for telling him she was pregnant.

Manhattan cheated on his wife with Silk Specter, a woman decades younger than him. 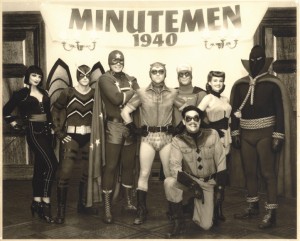 Sure, the movie portrayed a limited side of superheroes dysfunctional lives, but it did so in a completely opposite way the comic intended. The superheroes were supposed to be washed-up and deranged, not “I have a few problems, but they only make me cooler” cool.

The opening scene of Ozymandias fighting the Comedian never happened. Flashy action scenes were never the intention of the comic. The scenes were subdued to show that superheroes were lame.

This was further exemplified in Tales of the Black Freighter, a book within a book that took up almost half the original graphic novel. It talked about how a man sheds inhibition in an attempt to warn his people of impending danger — a sort of dark mirror for Ozymandias. It was about pirates, because Moore theorized that in a universe such as Watchmen, superheroes were lame and nobody gave a shit about superheroes.

In making the movie flashy and slick, Watchmen became exactly what it was satirizing.

American Keanu Reeves living in LA tracks down demon spawns and shit for redemption after a suicide attempt and a chance to enter Heaven. Along the way, he interacts with God, Satan and angels.

Fuck America. John Constantine was the main character in a graphic novel called Hellblazer, which was created in England by an entire English team who wanted the novel to be a commentary on 1980s England and how much it sucked. The novel progressed in real time and major political events in the UK were incorporated into it.

It was not about Christianity either. Constantine wasn’t some man searching for redemption. He was a complete bastard occultist who dabbled in all sorts of crazy shit. Creator Jamie Delano said, “Christianity is boring shit.”

He was blond and meant to look like Sting. That was one of the reasons for his conception. They wanted a character who looked like Sting. 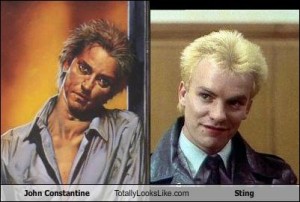 The inception of Constantine came at a time when DC was specifically looking for British talent because they thought people were sick of American artists churning out book after book of superheros. That was why Hellblazer was so full of Britishness. 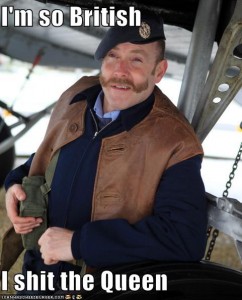 Being British was almost the entire point of the story, but literally none of the original Britishness made it into the movie. We blame the filmmakers having to accommodate for Reeves’ crippling inability to act as anything other than himself.