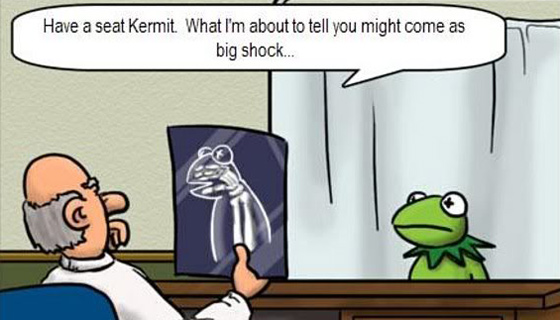 Visits to the doctors are one of the most un-fun weekend activities one can think of. Being poked, prodded, and studied by a complete stranger in a scary white coat is pretty unpleasant. Unfortunately, the discomfort doesn’t stop there. Many health problems often call for X-rays — the X-Ray technician won’t only be looking on your outside, but he’ll now be studying your insides as well (unless they’re blocked with fecal matter, which totally shows up in your X-rays). Additionally, X-rays have migrated from the hospital to the airport, and due to security measures, you may be subject to appear naked (albeit faceless) for the viewing pleasure of airport personnel. Body scans have become a wildly popular way for the highly qualified apathetics at the airport to study your X-rayed figure and determine whether or not you pose a terrorist threat.

Below are five ways that X-Rays can me awfully embarrassing : 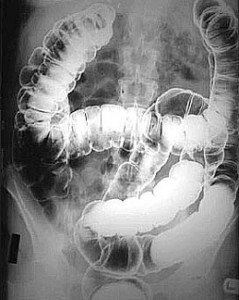 If you’ve ever had your torso or lower back scanned by an X-ray tech, you’ve probably seen an X-ray of your own poop. So has the doctor (and his nurses)! For some people, mostly women, this can be pretty embarrassing. Women don’t even like to admit that their bodies are capable of producing a smelly pile of poo, let alone study a picture of it with a stranger. Of course, X-rays show fecal matter as a couple of transparent white lumps, so there really aren’t any details (or nasty smells) to be ashamed of. When visiting the chiropractor for X-rays, having to poop may turn out to be more than just an embarrassing detail of the process; it might foil the entire mission. Poop in an x-ray can block the doctor from properly viewing the patients spine, so the X-ray may have to be retaken if too much fecal matter is clouding the issue. 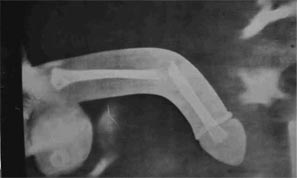 One man tells a horrifying story of walking around in front of complete strangers with an X-ray tube hanging from his dong. In the hospital to treat a bladder infection, Alex Sandell found himself being pumped full of cold water through a tube in his penis. Little did he know, the fun times had only begun. Once the water was in, he was asked to urinate back out through the tube while he stood in front of an X-ray machine. The doctor watched the machine, which was probably way less embarrassing (and creepy) than watching Sandall’s wiener. After he was done, the doctor inexplicably had him walk down the hall naked with a weird plastic tube hanging from his nasty bits — in front of complete strangers sitting in the living room. Why he wasn’t given a robe is a mystery. Why he hasn’t sued (in the typical American fashion of retaliation) is an even bigger one.

3
X-Ray Imaging Not Feasible Due to Body Weight 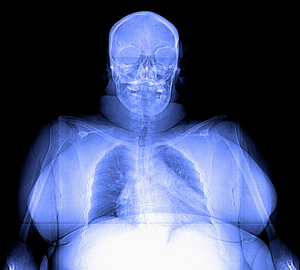 Thomas Lessman wasn’t feeling well. After slipping into unconsciousness multiple times, he decided to get the problem checked out at the hospital. Unfortunately, his 507 lb weight prevented him from fitting inside the X-ray machine. He was recommended to undergo outpatient imaging at a nearby zoo, where the X-ray machine was large enough to accommodate large animals (and extremely fat people). Lessman felt insulted, embarrassed, and refused to visit Hagenbeck Zoo for his X-rays. As a result of his shame and embarrassment, he died about two weeks later. If he had weighed about a hundred pounds less, he probably would have been able to fit inside the hospital’s machine. Instead, this man’s embarrassment cost him his life. 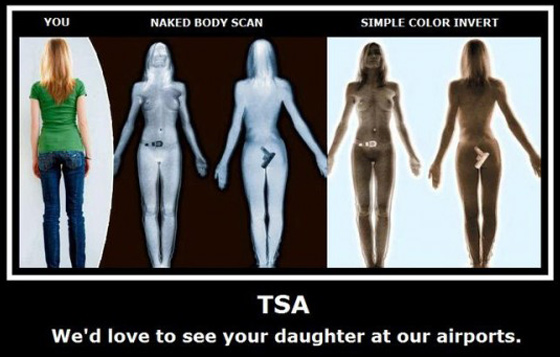 Germany’s police union wants to abandon controversial “naked body scanner” X-ray machines which have proved ineffective during the year they’ve been in use. Almost a million passengers have voluntarily undergone this type of X-ray, which claims to be too weak to cause harm to those using it, even if the person is pregnant. A German newspaper reported that 70% of passengers set off the X-ray machine’s alarm, and falsely so. Critics of the scanners say that the machines are overly sensitive, reacting improperly to movement, small pieces of metal such as zippers, or even simply too many layers of clothing. Additionally, privacy is a big concern with these X-ray machines because they give the airport personnel a detailed view of the passenger’s completely naked body.