Five of the Most Embarrassing Songs Recorded by Pro Athletes 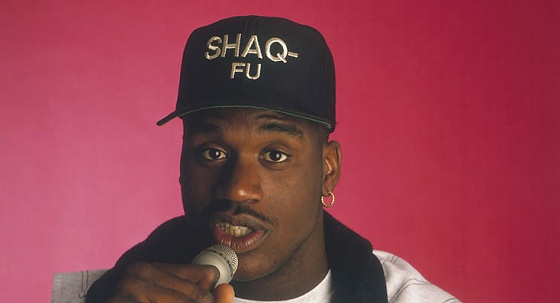 Previously on Gunaxin we casually mentioned that Hulk Hogan and music go together like peanut butter and buckets of broken glass, but the Hulkster is far from the worst offender when it comes to pro athletes recording songs. Most of you are aware of Shaq and Kobe’s unfortunate forays into the music scene, but even they pale in comparison to these five examples.

If the 1980s can be defined by a single problem it wouldn’t be the Cold War, the threat of nuclear annihilation or the steel fist of Decepticon tyranny. Rather, it would be the very existence of narcotics. Our more keen readers will note that narcotics didn’t simply come into existence in the 1980s and have, in fact, existed for quite some time, but this was the point where America as a collective just lost its shit with the issue, so much so that we declared war on drugs. Suddenly celebrities were coming down from their high horses to tell us that drugs were bad when they were doing more drugs than the rest of the population. Even Pee-Wee Herman had the audacity to tell us the crack was whack and his entire career is defined by talking to a chair.

Naturally the champion LA Lakers had to get involved in the conflict, but heaven forbid they just tell us not to do drugs. Instead, 1987 saw an entire basketball team and its coach rap about why none of them do drugs.

Special note to the LA Lakers: you don’t do drugs because you’re the LA Lakers. You don’t need to explain it much beyond that, and even if you did it shouldn’t take four minutes to do so. It’s not like you’re making a convincing argument in that time frame, anyway. If someone’s still thinking about injecting heroin after Kareem Abdul-Jabar lays it all down, there isn’t much that Kurt Rambis can say to take the needle out of the vein.

The Highlight: Around the 1:55 mark a group of children just appear in the studio out of nowhere. Ignoring what this implies about NBA teams and the dark art of sorcery, what was the thought process that went into making this decision? “Surely if all these addicts and dealers won’t listen to adults they’ll listen to the pleas of children they’ve never met!”

You can blame the San Francisco 49ers for recording the first NFL team song way back in 1984, but they had reason to brag: they won two Super Bowls in the span of four years. Perhaps bragging through song wasn’t the most logical choice, but whatever, they had the rings to back it up.

In hindsight there’s something fitting about a poorly performing team singing a parody of a song written by a man who himself has gone without success for so long that he wouldn’t recognize it if it shot him in the face. At the time, of course, MC Hammer just made sense. What didn’t make sense was just about every claim made in this song, particularly that Miami was Super Bowl bound. Now, unless your town is actually hosting the Super Bowl, logic dictates that this is a true statement for every team up until they aren't in the Super Bowl. Not only were the Dolphins not in the Super Bowl the entire decade, they haven’t been to a Super Bowl without paying the price of admission since 1985. Maybe we should save the boasting and Zubaz pants until your name is on the ticket.

The Highlight: Skip to 3:07 where both the song and the video enter epileptic shock.

Generally speaking, anyone who has to regularly take blows to the head as part of their day job won’t make easy transitions into any sort of vocal performances, but unfortunately Roy Jones Jr. kept his concussions in check long enough to drop a hip-hop album on his own private record label in the early 2000s. For those not in the know, that’s around the same time that Jones was widely considered the best pound for pound fighter in the world and owned more large novelty belts than a circus fat man. Jones was the best and had proven it.

Then he wouldn’t stop trying to prove it. It’s not enough that his fists could render men unconscious and women barren (we assume), but something compelled him to make the lead single "Y’all Must Have Forgot" a play-by-play summary of his own career. Hint: if you are at all interested in listening to Roy Jones Jr. summarize his Wikipedia page to a boring beat, there is a one-hundred percent chance that your name is Roy Jones Jr. But it’s okay if you didn’t know that. Y’all must have forgot.

The Highlight: At the 0:17 mark Jones really gets into the rhythm of his own bullshit and bobs his head along, but it just looks like Charles Xavier is mentally stabbing him in the brain.

At the very least “Can’t Touch Us” is a great example of why you shouldn't put the cart before the horse. Perhaps it’s unfair to assume that the time recording the song and shooting the video would have been better spent training, but when you’re a football team that’s actually a factual statement. The Bengals still recorded their own song but at least had the good sense not to make any preemptive championship claims. You can’t even count the number of Super Bowls the Bengals have won on a single hand because a closed fist can still be misconstrued as “one.”

Surprisingly the team itself isn’t the most embarrassing part of this. No, it's the involvement of one Bootsy Collins. Rock n’ Roll Hall of Fame inductee, curator of Funk University and 1/36th of the band Parliament-Funkadelic, one would think Bootsy would have better ways to spend his time than dancing with an NFL mascot, but we guess all that sweet "Pinocchio Theory" money finally dried up.

That isn’t to say that the players themselves somehow make the song better. Honestly, we don’t care that Duane Clemons’ girlfriend is making calls on a cellphone. No one does. If they did, Bootsy Collins would be introducing her terrible song shortly before sobbing himself to sleep and thinking long and hard about what he’s done.

The Highlight: Let's agree that the best part of the video is the guy at 1:20. He is just way too damn excited pretending to sing a song about football playing tigers.

During the 80s and early 90s the then-WWF released three albums featuring their most popular wrestlers stumbling through some of the most ridiculous music on the planet. Have you ever wanted to hear Bret Hart lament over breaking-up with his beloved? Or wondered how “Hacksaw” Jim Duggan feels about his trusty flag and 2x4?  Maybe you just want to hear “Mean” Gene Okerlund sing about pussy and getting high? If so, these albums are for you, and you are apparently twelve.

But these were clearly aimed at the younguns, so we can forgive them for being campy as all get-out. It’s much more difficult to look past Randy Savage’s rap album, released in the foggy yesteryear of 2003, which manages to be both a serious effort and the tell-tale signs of terminal Macho Madness at the same time.

We’ll ignore the fact that Randy can’t really rap. We’ll further ignore that he’s somehow managed to forget that wrestling isn’t real and that fighting Hulk Hogan outside of a sanctioned wrestling match is technically a form of assault. We’re even kind enough to sidestep that his “feature role in Spider-Man” netted him about five minutes of screen time.

The thing that really hangs us up, the element that looks us square in the eye and says “Please, help me,” is that the tough-as-nails rappin’ Randy Savage can’t bring himself to swear on his own record (outside of the awkward “hot-diggity-damn” at the beginning of the song). You can’t take three minutes to insult every single aspect of a man’s career and then threaten to “kick his butt and wash his mouth out with soap.” That kind of shit talking doesn’t garner much fear outside of episodes of Leave it to Beaver.

The Highlight: “Macho’s gonna kick your butt”/ That’s the slogan! You know, considering this is coming from a man whose previous slogan was “Snap into a Slim Jim!” this is actually pretty good.