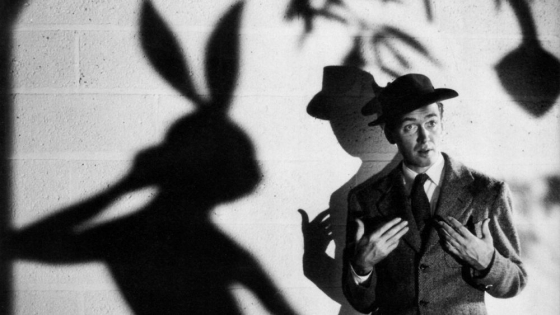 Sunday is Easter. Yep, the first official Holiday of Spring (St. Patrick’s Day misses by just a few days) and the Holiday that’s had its decorations and candy and overtly colorful crap exploding all over your local stores for a month or so now. And even though we all know Easter is so much more than this patina of sweets and egg-shaped everything, it still seems to ooze its daffy alternate definition all over the place, up to and including rabbits and bunnies.

Easter has been forever about new beginnings, rebirth, and growth. Which makes sense what with all the eggs and baby chicks and whatnot festooning Easter Baskets and the like. But rabbits? Bunnies? That little piece still baffles us. Does it have to do with their exponential breeding capabilities? Maybe. Maybe it’s just because they’re cute. Who knows. Anyway, the point is: Rabbits.

Rabbits are seen throughout much of historical literature. Some famous examples from children’s literature include Rabbit from Winnie the Pooh, Peter Rabbit, the Velveteen Rabbit, Peter Cottontail, and Runny Babbit. Today we look a bit further down the rabbit hole and check out five other examples of Rabbits in Literature.

The Rabbits : Watership Down 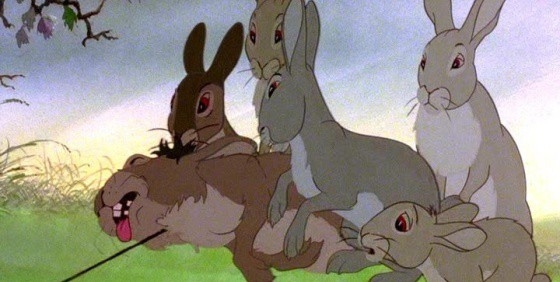 When it comes to tales of gory violence perpetrated by cute, four-legged furry mammals, Watership Down is where it’s at. The story follows a group of rabbits under the leadership of Hazel who is convinced by his psychic little brother, Fiver, of an impending danger to their warren. Soon they are joined by other bunnies from a local farm. Though they seem all buddy-bunny at first, there is one rabbit who decides he ought to be in charge and does not believe in Fiver’s visions. Fights, escapes, bloody bunnies, and rescues ensue in this amazing tale of bravery and trust. It really is a great book. 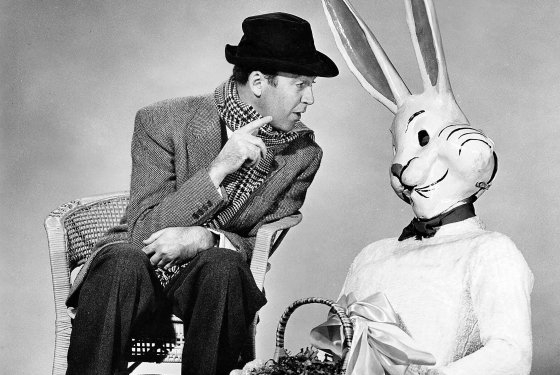 Elwood P.Dowd has a very special friend. The fact that he’s only visible to him doesn’t matter. His name is Harvey and he’s a six-foot Pooka (basically an anthropomorphic, bipedal rabbit), and unfortunately, Elwood’s sister has had enough of her brother’s antics. She tries in vain to have her brother committed, but is instead committed herself! What? Anyway, when the truth finally comes out, everyone begins to search for Elwood just as he returns to the sanitarium trying to find his lost pal, Harvey. Soon, his sister realizes she’d rather have Elwood the way he is, even if he does have an invisible bunny for a friend.

The White Rabbit and the March Hare : Alice’s Adventures in Wonderland 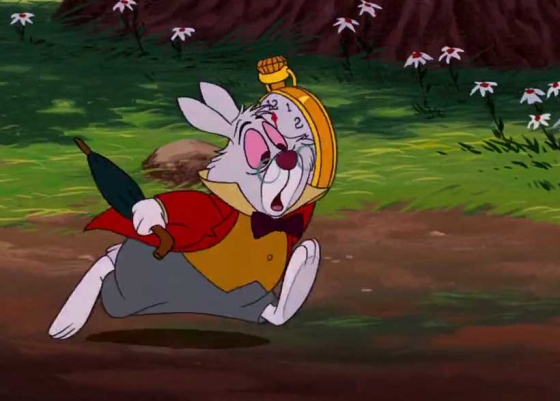 Everyone knows this story, right? Little Alice -while listening to her sister bloviate about a very dull story- notices a white rabbit wearing a waistcoat and carrying a pocket watch and follows him down his hole in the ground. She sees many doors, all of which are too small. But nearby bottles promise Alice “Drink Me” to get smaller or larger… and so she does, eventually entering into Wonderland. As her proceedings lead her on, she comes upon the March Hare and the Mad Hatter having the most bizarre tea party ever. Well, as you can imagine, it just gets weirder from there. Good book, great Disney flick, not so good Johnny Depp nonsense. 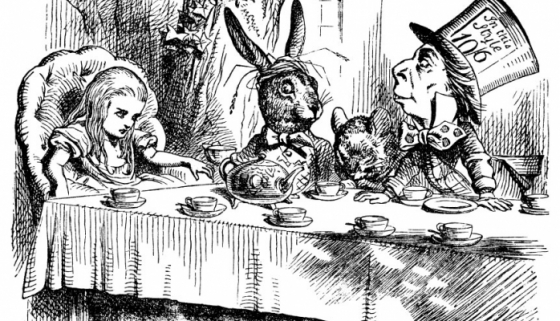 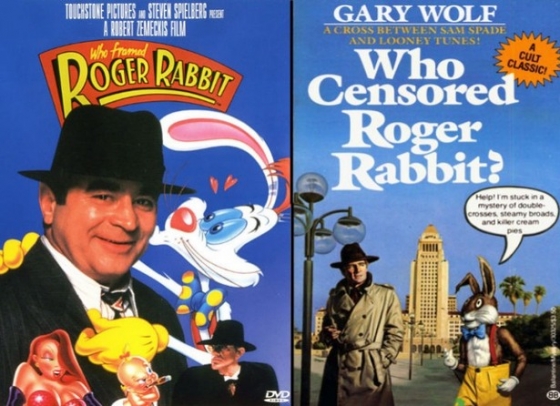 Have you seen the movie? Well, if you haven’t read the book, you’re in for a shock, because they really aren’t the same. Structurally, sure. The plot is similar as are many of the characters, but the book draws (ha!) far more heavily from comic strips from the newspaper as opposed to cartoon characters. Roger Rabbit is a second tier toon trying to get his own strip and hires Eddie Valiant to look into why the DeGreasy Brothers are trying to renege on their promise to give Roger just that. Eddie soon finds the rabbit murdered accompanied by his word balloon explaining his trouble. Then the caper begins. See? Bet ya didn’t know Roger dies, huh? 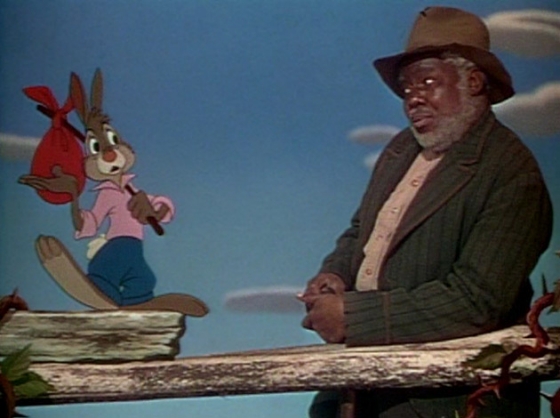 Disney had its mitts all over this stuff, too. The Mouse House took many of the Uncle Remus tales and used them for their… um, Racially Divisive tales called The Song of the South. Anyway, many of the stories focus on Br’er Rabbit (“Brother Rabbit”) and take place in the 1880’s Pre-Reconstruction Georgia and serve as Folk Tales brought about by slavery. Br’er Rabbit is a trickster and an all-around affable critter who gets into cautionary scrapes with Br’er Bear and Br’er Fox. Oddly, these characters aren’t used anymore through Disney and Song of the South is out of print and never made it to DVD. Sad. 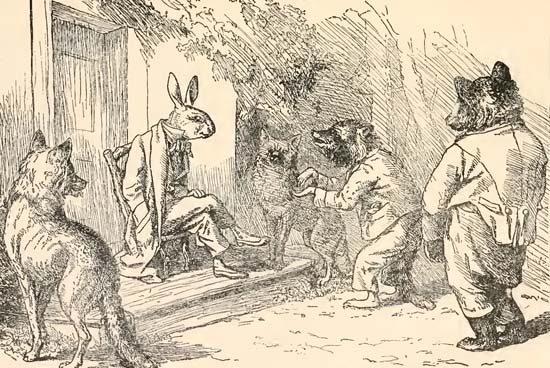