Five Fools Who Tried to Sue Over Video Games 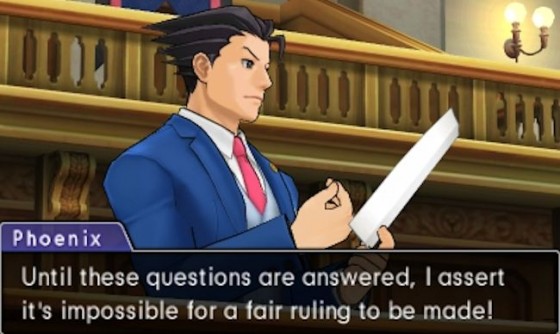 When we think of video game lawsuits we tend to focus on those that harp on moral outrage. Media sensationalism brings violence and sex to the forefront of the video game discussion, so it’s no surprise that someone like Jack Thompson has become the poster boy of failed legal action against the industry. But if you dig just a little deeper you’ll find more whimsical, mind-boggling, and at times hilarious attempts to bring video game publishers to “justice.” 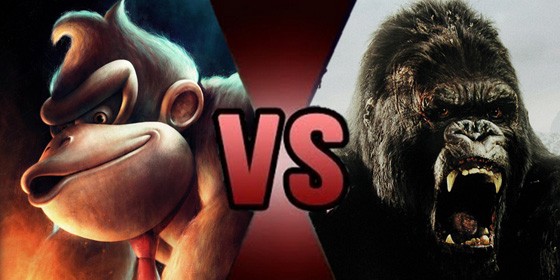 The gorilla in the room (so to speak), this lawsuit from 1984 was a make-or-break moment for Nintendo, who were relatively new to the American market at the time. While looking for a way into the video game industry themselves, Universal Studios looked at Donkey Kong and concluded that their copyrights had been infringed upon. The film company set about suing those involved with the game’s US release on the grounds that the characters and plot were ripped from King Kong. Their first target was Coleco, who made a home console port of the game. Coleco gave in without a fight, offering a percentage of royalties. Universal, high on this victory, pushed forward in their legal assault. 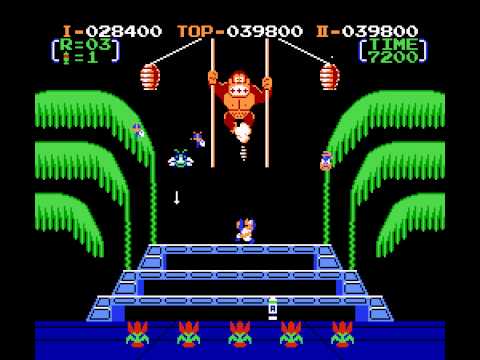 From bottom to top: Universal Studios, some sort of legal action, Coleco.

But Nintendo decided to swing back, and when the case went to trial it became one of the greatest sad trombone moments in legal history. The court ruled in favor of Nintendo, rightly pointing out that Universal didn’t own the rights to King Kong and that in a previous case Universal had argued that the film was in the public domain. Whoops.

Legal advice from us non-lawyers for any crack legal teams reading this: check to see if you actually own the copyrights before filing your lawsuit. Alternatively, don’t file a lawsuit when you know you don’t actually own said copyrights, which is what the judge ruled Universal had done. Nintendo would go on to be targeted by more frivolous suits (one of which we’ll get into) as well as filing a few themselves. 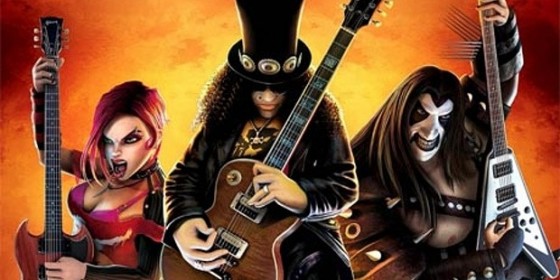 Strangely enough, artists suing Activision over the Guitar Hero series has become a bit of a tradition. A few musicians who licensed their likeness or songs to appear in the games have done a three-sixty and called foul on Activision hoping for a big payday. Many of these lawsuits are based on pretty silly reasons, including “this cover version sounds too much like the original” and “why would you allow other characters to perform my songs, that’s dumb.” But all these complaints sit at the feet of Axl Rose, basking in the glory of his 2011 gripe with Activision.

Axl agreed to let “Welcome to the Jungle” be playable in Guitar Hero III. Coincidentally, former band-mate and large hat enthusiast Slash appears in the game, too. In fact, he appears in the game quite a bit: as a playable character, as an opponent, and prominently in the game’s advertising and box art. When Axl caught wind of this (three years after the game was released, apparently), he got a pinch upset—to the tune of twenty-million dollars. 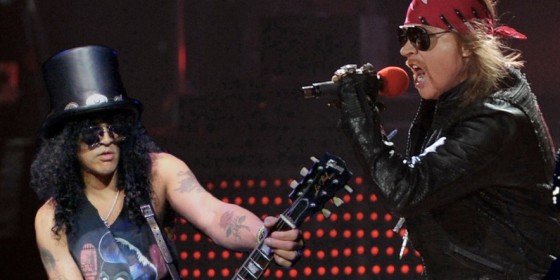 Axl claimed the terms that he had agreed to meant that Slash wouldn’t be in the game. The case was thrown out in 2013 because Axl waited too long to make his complaint. But let’s ignore that for a moment and consider this: the Axl/Slash feud had briefly transcended the physical realm and seeped into the digital world. Isn’t that… kind of sad? Like, why would Axl care who appeared in the game? Was Axl strolling through GameStop, saw Slash front-and-center on the cover, and shed large, silent tears? They’ve buried the hatchet now, sure, but did Axl really think that this lawsuit—even if he won—would make him look like anything but a whiny butt? 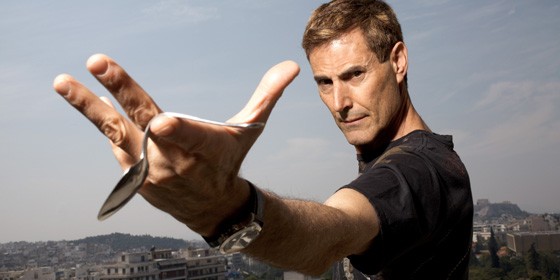 Like some sort of highly collectible magnet, Pokemon just manages to attract pissed-off people. Religious groups, parent groups, and even the fine folks at PETA have decided that they’d rather not catch them all and that, in the opinion of a humble few, Squirtle is the equivalent of Satan.

Then there’s Uri Geller, magician and alleged psychic. Geller’s signature trick is bending spoons with his mind. Ignoring that he’s been exposed as your run-of-the-mill sleight-of-hand magician many, many, many times, he considers this a serious part of his image. Enter Kadabra. The short version for those who are unfamiliar with Pokemon: Kadabra has psychic powers and walks around with a bent spoon. The story goes that a fan connected Kadabra’s likeness to that of Geller and asked him to autograph a Kadabra card. Geller, wondering what the hell this was, was not pleased, so much so that he tried to sue Nintendo in 2000 for a solid one-hundred million dollars. 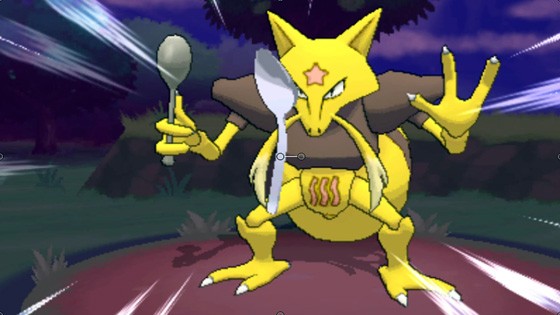 Also note the mustache. Not related to the case, but noteworthy nonetheless.

Geller argued that, beyond the whole spoon thing, Kadabra’s Japanese name (Yungerer) was another big clue to Nintento co-opting his identity: the katakana for Kadabra’s name looks similar to the transliteration of Geller’s. But Geller took even more umbrage with two symbols in the character’s design, a star and a group of three lightning bolt-esque marks. According to Geller these were references to the Nazi SS. The case was, naturally, thrown out, but to this day Nintendo avoids printing new Kadabra cards, so that’s a win, we guess.

The big kicker is, the alleged Nazi symbols are actually an important (if not somewhat forgotten) part of paranormal study. They’re images from the Zener cards, a tool designed in the 1930s to test ESP abilities. You think a world-famous psychic would know something like that. 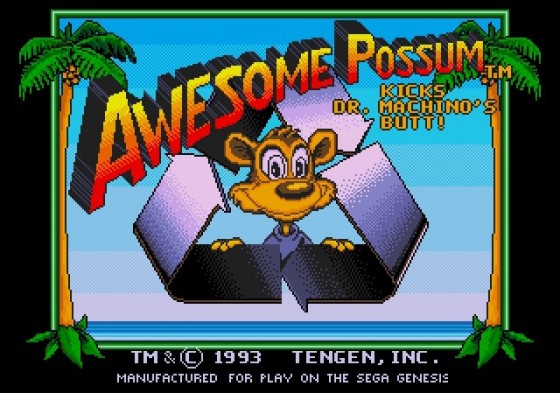 Back in the Before Times of 1992, Paul Roginski came up with a manuscript called Awesome Possum. He had a copyright and everything, having filed his application in March 1993. Later that year Tengen released an educational/environmentalist platformer for the Sega Genesis called Awesome Possum…Kicks Dr. Machino’s Butt. With his copyright infringement sense tingling, our hero leaped into action and filed suit against Tengen. 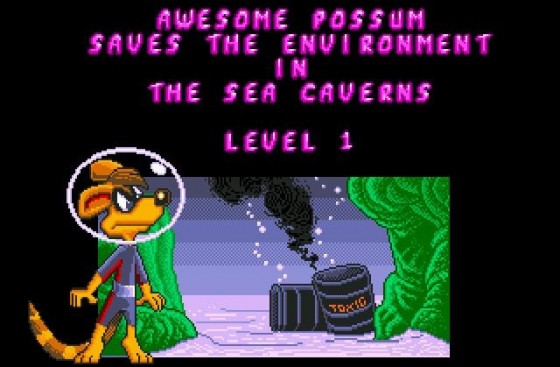 Maybe the awesome was sold separately?

The crux of Roginski’s allegation was ease of access: he claimed that anyone who worked on the game could have gotten his manuscript from the Library of Congress and used that for the basis of the comic book included in the game’s manual. When it came time to compare the products, however, things fell apart very quickly. The similarities between the two, as determined by the case:

And that was it. Any similarities Roginski felt existed were deemed purely coincidental, and the specifics of the characters (such as design and abilities), stories, and settings were so drastically different that the judge ruled they were independently made. The case was dismissed with Roginski’s awesome possum banished to obscurity.

Another freebie for those of you seeking to take legal action in the near future: Actually know something about the subject you’re suing over. It seems that Roginski never bothered to play the game that he thought had robbed him (though we can’t really fault him for that since, you know, it was pretty much awful). If he had only waited a few years things may have been different—he may have ended up as the only person who wanted to take credit for this game.

5. Manuel Noriega vs. Call of Duty 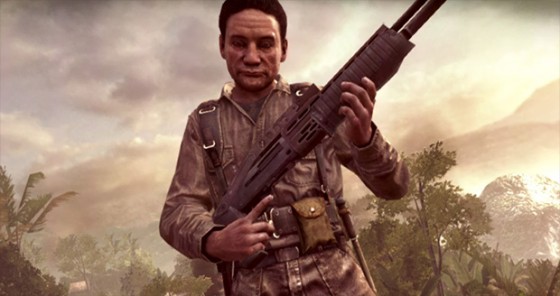 A good story needs a bad guy, and since some Call of Duty games are based on actual armed conflicts, why not use actual bad guys? Because they’ll try to sue you, that’s why.

When Manuel Noriega, former dictator of Panama from ’83 to ’89, was told by his grandchildren that his likeness was being used in Call of Duty: Black Ops II, he lawyered up claiming that the game’s portrayal was damaging his reputation. You should know that at the time of his complaint he was serving a prison sentence for murdering political opponents, and previously he had been convicted of, among other things, drug-trafficking and money laundering during his time as dictator, so it’s understandable that he’d want to keep his glowing public image as pristine as possible. But the court ruled that the terrible dictator’s public image wasn’t harmed by the game but rather by the man himself having been a terrible dictator. Who would have guessed?

Noriega, seen here looking not at all like an evil dictator, contemplates his wonderful place in history.

The interesting thing about this case, as short-lived as it was, was that the Noriega character wasn’t some subtle parody of the man littered with little references to his history. It was meant to be him specifically, so he had more of a leg to stand on than Uri Geller. But while he objected to his depiction as “a kidnapper, a murderer and an enemy of the state,” no judge would have ever ruled in his favor because of how infamous he is. It’s a pretty solid life lesson, actually: if you don’t want to be presented as a villain, don’t do villainous things.