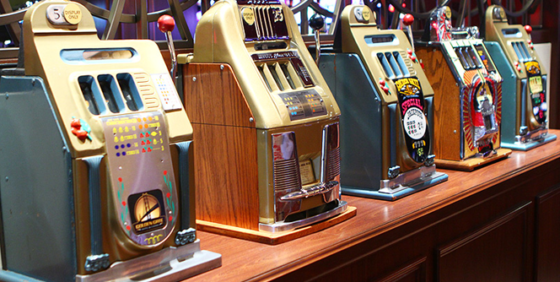 Slot Machines have had an incredibly long – and interesting – history. The first slot machine was invented in 1894 by the Bavarian-born inventor Charles August Fey in San Francisco. Since then, slots have evolved, from the first Liberty Bell of 1899 to the electromechanical slot machine up into the modern video slots that so many know and love today. 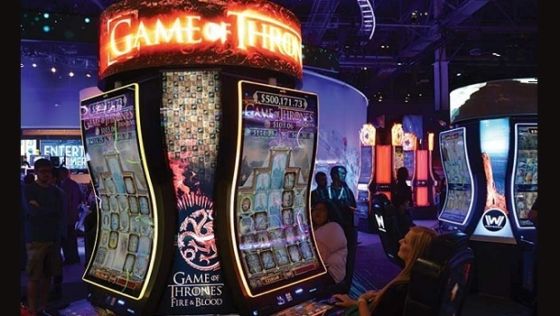 As the popularity of slots have grown over time, so have the choices in themes available for players. With the proliferation of different bonuses and free slots sites for people to choose, there are many reasons for people to experience their favorite films and tv shows through this exciting entertainment format. With so many awesome online slot games inspired by movies and tv series, there’s lots of opportunity to find the one you enjoy the most. And of course, with new movies and series released every day, there’s sure to be much more to come in the future. Here are five of the best movie and television themed slot machines available on the market to play. 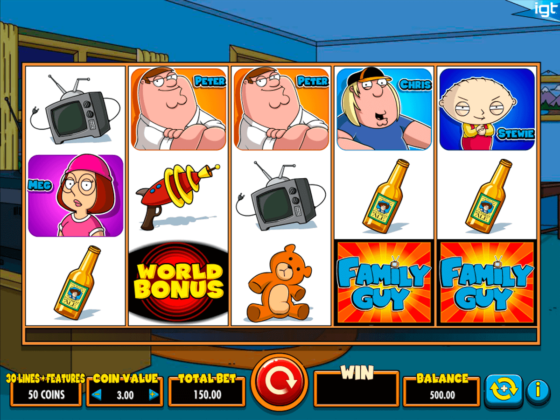 Everyone’s favorite cartoon American family comes to the casino in the form of the Family Guy slots. This slot machine, based on the animated hit cartoon, is a gaming favorite for players of all ages. It’s a classic 5-reel, 30-payline slot machine from game makers International Game Technology (IGT).

Featuring the beloved Griffin family from Rhode Island, the game takes place in the family’s now famous living room, with Peter, Lois, Stewie, Brian, Meg and Chris representing the higher value symbols of the reels. You’ll also see some familiar staples, including Stewie’s ray gun, a TV set and of course, a bottle of beer. The Wild is represented by the Family Guy logo; there’s also a ‘World Bonus’ scatter that is used to activate the bonus features available as part of the game. This is one of the best aspects of the Family Guy slot machine. There are just so many feature rounds and bonuses to play, making it a fantastic gaming experience for everyone, whether you’re a fan of the show or not. Bonuses include the Drunken Clam feature, the Chicken Fight, Lois’s Hot Free Spins and the randomly triggered Griffin Family Mystery Feature.

Players have the chance to win big on the Family Guy slot machine game, with the RTP varying between 92.50% and 96.05%. You can boost your wining potential with the World Bonus feature, with generous multipliers and stacked Wilds. 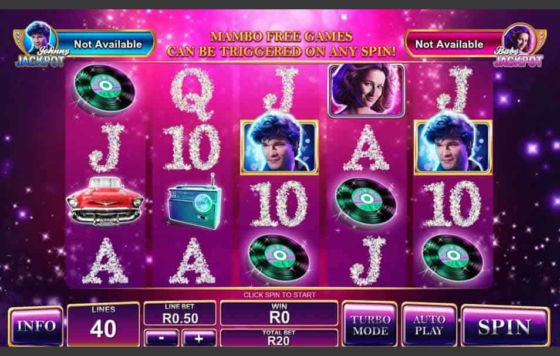 Fans of dancing, and musicals, can rejoice! The Dirty Dancing is a fantastic slot machine experience for fans of both the film and theatre show. First released in 1987 and starring Jennifer Grey and Patrick Swayze, the Dirty Dancing slot machine was launched in July 2017 and has been a popular online casino game ever since.

This slot has 4 rows, 40 pay lines and 5 reels, with several exciting Dirty Dancing bonuses available to be activated on any spin. The Wild symbol is represented by the film’s star Johnny (played by the inimitable Swayze) — when this shows up on the reel, it can complete any line by replacing any symbol bar the logo. With other exciting features including the Whirling Wilds, Mambo Free Games, the Dirty Dancing Bonus and more, there’s lots of great reasons to try out the Dirty Dancing slot machine.

Everyone loves a good Jim Carrey film; and one of his best has to be 1994’s Ace Ventura: Pet Detective. And film buffs can now play the game on a slot machine! The slot, developed by gambling software developers Playtech, features 5 reels, each depicting 3 different symbols based on the film.

This slot machine gives you the opportunity to win combinations in 243 directions. The highest paid symbol in the game, the Detective Badge, brings winnings from multipliers from 50 to 200. Other fun Ace Ventura themed symbols include Ace Ventura with the chimpanzee, Ace Ventura wearing a Hawaiian shirt, car symbols and more. Bonus features include Jungle Friends, Sneaky Walk mode and the Loser function. 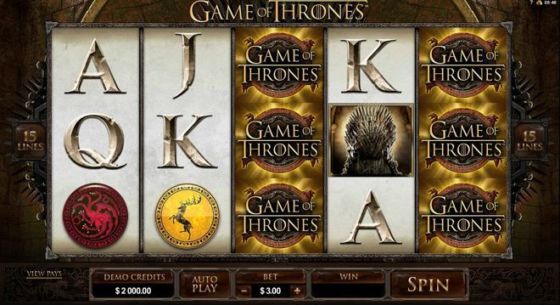 The three row slot has five reels as well as 15 paylines, as well as a bonus feature that allows its players to win free spins, with the amount dependent on which of the famous seven families of the series you choose. Players can also select from one of their favorite four houses, including Lannister, Stark, Targaryen and Baratheon — each with their own rewards including free spins, a stack of seals and multipliers.

It’s an incredibly immersive theme, with music, visuals and storyline coming straight from one of the most beloved series of recent years. 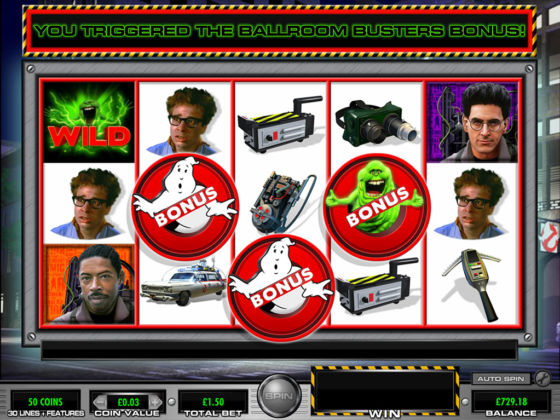 There are so many unique features as part of this slot machine game, including two types of Wild Symbols (substituting for people and things) as well as bonuses like the Ballroom Busters Bonus and the Stay Puft Free Spins bonus. The game also features an incredible soundtrack to bring you right into the experience, as well as images like an abandoned factory, the photos of the main characters and of course, animations of ghosts.

This is an incredibly classic slot machine game, based on an equally classic film. What’s not to love?