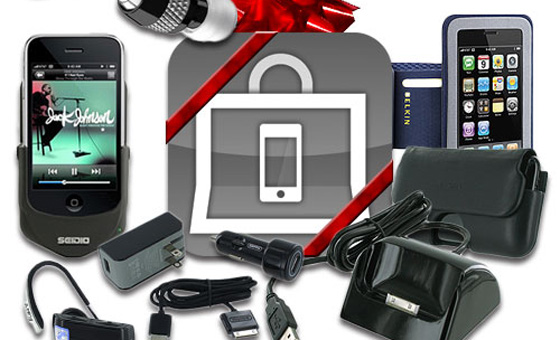 Over the last few years, the Smartphone market has exploded around the world. It’s a good bet that everyone knows at least on person that owns a brand of Smarphone. It is called a ‘phone’ but these devices can do so much more. When it comes to gift giving season, there are several accessories that every Smartphone owner can use.

Outside of Apple’s iPhone, most Smartphone brands use external memory. These small cards range from around one gigabyte to above sixty-four gigabytes. Most phones won’t read above thirty-two gigabytes, so be sure to give one that is below that size. These cards can range from around five dollars each to well over a hundred dollars. The major micro SD brands are SanDisk and Kingston, but there are other brands for sale as well. Just be sure the purchased brand is trustworthy.

These small gadgets do more than make someone look like they are talking to themselves. A Bluetooth headset is necessary for hands free phone communication. Since most states have laws against using a cell phone without a hands-free device when driving, any smartphone user will love this gift. Be careful not to buy a cheap headset as those under thirty dollars are usually low quality. The major brands include Jawbone, Blueant, and Jabra.

The three major Smartphone operating systems right now are Android by Google, iOS by Apple, and Windows 8 by Microsoft. All of these brands have digital storefronts where the user can buy a variety of apps, music, books, and movies. A giftcard with a set amount of money on it is a great gift idea. Since apps often are as low as 99 cents, even a ten-dollar card can be of use. The Windows app store, the Apple App Store, and Google Play all have cards that can be purchased in a variety of denominations. Be sure to find out the OS of the Smartphone before purchasing.

A Smartphone isn’t a cheap device. Most owners buy some kind of case to go along with their purchase. Many owners love to buy a variety of cases, to match with outfits or just to change as the mood hits. Giving a case as a gift is a good idea, since switching out a Smartphone is a relatively painless process. Each model of Smartphone is unique, find out the make and model of the phone before purchasing.

The average Smartphone is used as both a communication device and a media center. Wearing headphones all the time can become annoying; so many Smartphone users buy external speakers. The external speaker tech is now robust and diverse; it isn’t like the small tiny speakers of many a childhood. There are external speakers shaped as animals, as the Android logo, apples, and many other Smartphone related shapes. The manufactures of these speakers are diverse and produce speakers of varying quality. It is best to read the reviews before purchasing.