The Oscars are an annual celebration of the best in cinematic achievement. Winners go home elated. Losers go home slightly disheartened but at least know they can look forward to free food and booze at all the after-parties.

Movies that are Oscar Bait tend to fall into one of three categories: 1) socially conscious films that deliver a message, 2) technological superior films that recount epic adventures and 3) small budget independent movies with little known actors that strike a nerve.

Given the glamor of the event and the subject matter of the films, your lady is almost guaranteed to want to watch some of the nominated movies before the actual awards ceremony. Not all the nominated movies will be entertaining and while most might leave you bored and disappointed, there are some movies that deserve your attention and that your woman will appreciate. Here are five great movies to watch to impress your girlfriend during Oscar season, although sadly two of these were not nominated for best picture. 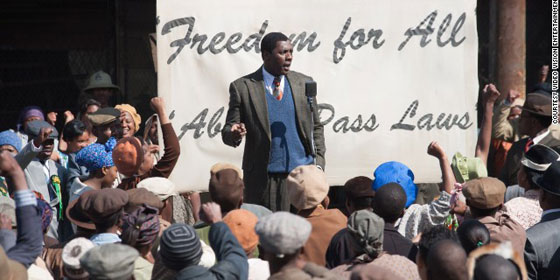 To say that Nelson Mandela was an impressive man is an understatement. Our society doesn’t really have heroes anymore and he was one of the last ones. Your girl will want to see this movie. You should want to as well, and not only because it has Stringer from The Wire, but also because it recounts the story of how the celebrated man became great. 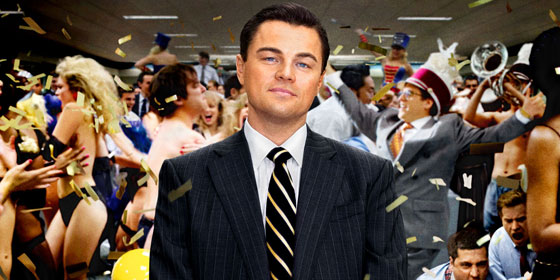 This movie has it all: money, drugs, and fat Jonah Hill. Your woman will love seeing Leonardo DiCaprio, the ultimate pretty boy, gallivant across the screen. You will love the story of high rolling, big money stockbrokers who lived fast and crashed hard. Everyone wins, well, except for the sucker investors. 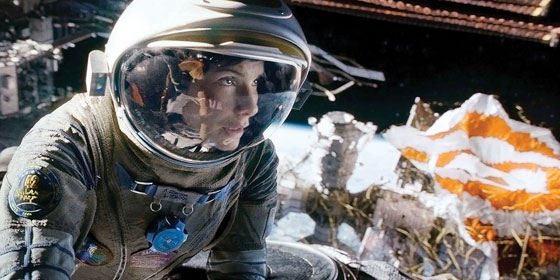 This movie stars George Clooney. He is considered Hollywood royalty; a film star that evokes the early days of movie-making. This movie also stars Sandra Bullock. She is very attractive and was in a movie about football.

In the movie, they are in space and something goes wrong. Why exactly are they in space? Not sure. Watch the film. Talk to your lady about the level of depth in Sandra Bullock’s film oeuvre and the variety of different characters she plays. Pray that she doesn’t take the conversation as an invitation to watch Miss Congeniality together. 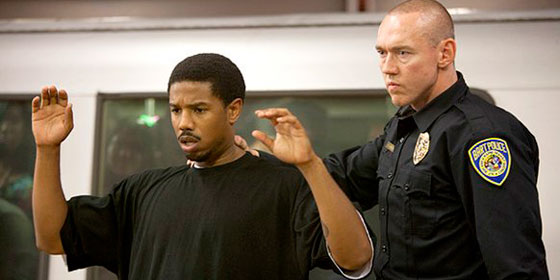 Fruitvale Station is the flick based on the true story of Oscar Grant, a young Bay Area native that was killed by police officers on New Year’s Day in 2009. The movie is the little independent movie that could. The first feature film directed by Ryan Cogler, the movie has been a critical darling, winning awards at the film festivals in both Sundance and Cannes. 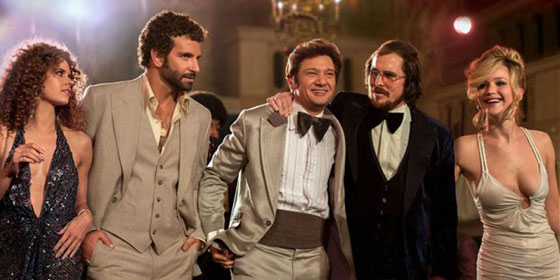 This movie has Jennifer Lawrence. It also has Bradley Cooper with a jheri curl, in case you need more than Jennifer Lawrence’s hotness to convince you to watch the movie. The film focuses on the FBI’s public corruption investigation in the late 70s and early 80s, which means that you are guaranteed to see lots of bell-bottoms and three-piece suits. American Hustle has something for everyone. Your girl gets to watch Bradley Cooper; you get to watch Jennifer Lawrence. Definitely a win-win.

Oscar season presents both challenges and opportunities. While most Oscar nominees won’t leave you curled over laughing like Anchorman, they will probably teach you a bit about the world, about how films can impact people and best of all, let you score some points with the woman that you can cash in later. Now we’re going to help you out with your evening at the movies with some awesome prizes… 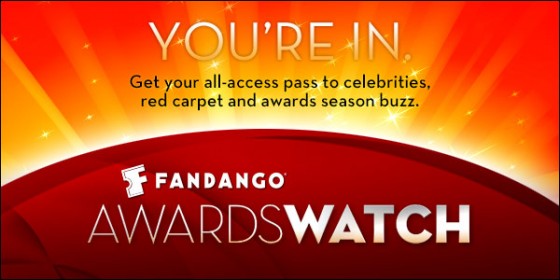 Fandango, the ultimate movie ticketing destination, is your source for movie tickets and movie times. Know before you go to the theater, watch HD movie trailers, and find movie reviews, theater listings, and detailed information about new and upcoming films.

Catch up on all of this year’s nominees with a night at the movies!

One Gunaxin fan will receive the prize package below courtesy of Fandango:

Utilize the widget below to enter, Giveaway open to US mailing addresses only.