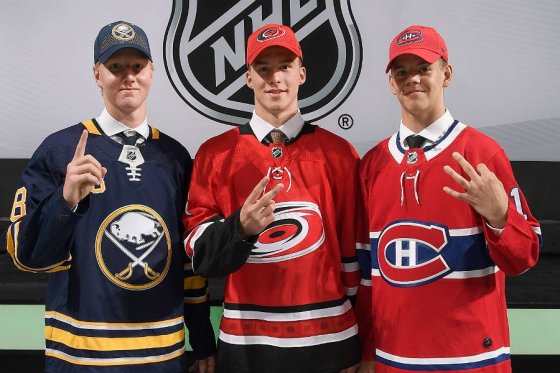 As another NHL Season is set to begin, we’re reminded how much awesome young talent is on display in this league. The trio of high picks above took the league by storm last year, and they followed amazing high draft picks from recent years like Connor McDavid, Auston Matthews, and Nathan Mackinnon. As great as those talents performed in their rookie seasons, they didn’t do enough to make this list of elite NHL Rookies.

Everyone loves a good Calder Trophy rookie story, when young players emerge from their junior league at the top of draft and are heralded as the next Messiah on skates. Young players are dissected and analyzed from shortly before the time that they reach puberty, so by the time that they are rookies, the bright lights of the hockey world are already shining upon them. Some superstars are not born or made, they are just simply drafted. From day one, these players serve notice on the rest of the league that they are forces to be reckoned with, and it is apparent from the opening puck drop of their first game. In fact, all of the names on this list have ultimately become household names for those who know hockey, and even for more pedestrian fans of the sport. Below are the five greatest rookie seasons in National Hockey League history in descending order. 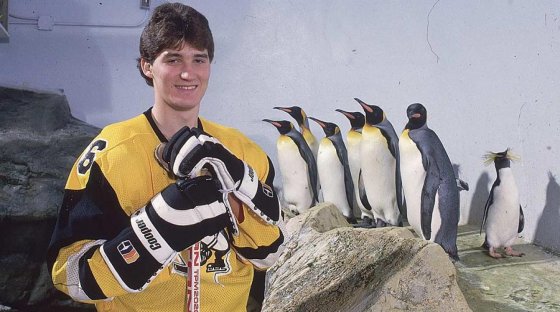 Since Wayne Gretzky does not appear on this list (Gretzky never had rookie eligibility since he played previously in the World Hockey Association), it is only fitting that a member of hockey royalty make this list. Lemiuex made his debut in the 1984-85 NHL season, donning his legendary number 66 for the first time. As a 19 year-old rookie, Lemiuex wasted no time in establishing his identity as an offensive force at the center of the Penguins’ front line. Super Mario scored a goal on his very first shift, the first of 43 that he scored in his rookie season. Lemieux finished his rookie season hitting the century mark in points scored, all the more impressive because the Penguins were a cellar dwelling team in Lemiuex’s rookie season. He also made the NHL All-Star team and won the MVP award in that game. 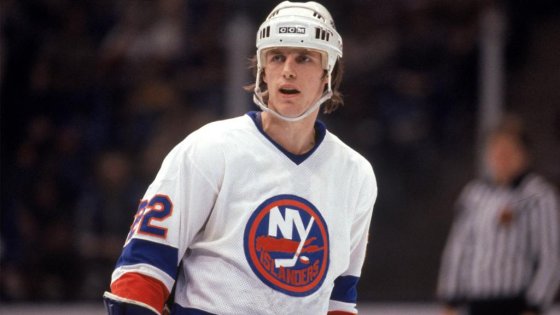 Bossy had a productive career as the Mayor of the Mausoleum in Long Island and the scourge of Rangers fans everywhere. In fact, he was so good that Rangers fans ultimately had to focus their venom elsewhere on his teammate, Dennis Potvin. As a rookie, Bossy was simply unstoppable. Bossy was not only good, but he knew it too, predicting before the start of his initial campaign that he would finish with 50 goals. He backed it up, tallying 53 goals in his rookie season. At the time, it was a rookie record. He eclipsed the previous record by a whopping nine goals. It was the first of nine 50-goal seasons by Bossy, who ultimately led the Islanders to four straight Stanley Cup titles in one of the greatest dynastic regimes in NHL history. 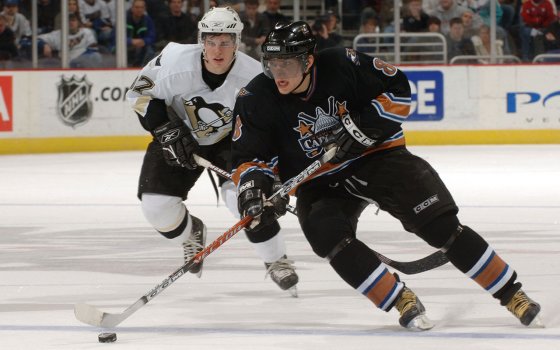 In 2005-06, the Great Eight was still a highly pedigreed rookie who just wore the number eight. He also had all of his teeth. As a rookie, Ovechkin had outsized offensive numbers, all the more remarkable because offensive numbers in hockey were already killed by the neutral zone trap and never to recover. Ovie scored two goals on opening night and did not stop scoring after that. He finished his debut campaign with 52 goals and 106 points. Also in his rookie season, Ovechkin scored what is known in hockey shorthand as simply “The Goal,” where he directed the puck into the net from the convenient goal-scoring position of sliding on his back. Ovechkin’s rookie season was the start of a stellar career, which recently led to the Capitals winning their first Stanley Cup in team history. 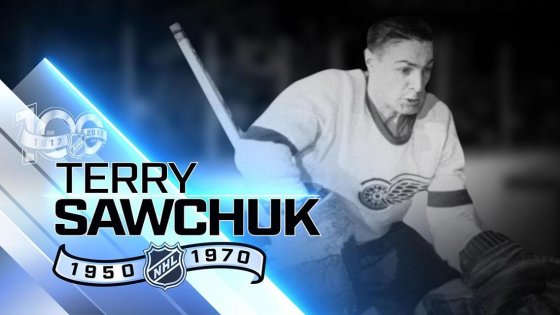 Lest you think that this list of rankings is focused solely on offensive numbers, a goaltender is included on this list for good measure. Terry Sawchuk is known as one of the greatest goalies to ever don a pair of pads. After a brief seven game stint for Detroit in 1950, Sawchuk was ready to play full-time in 1951, and he was simply sensational. Sawchuk won 44 games and had a goals against average under two goals per game, while recording 11 shutouts. Sawchuk played every game in his rookie season and his unorthodox goaltending posture took the league by storm. He led his team to a first-place finish in his rookie season, before the Red Wings ultimately bowed out in the playoffs. 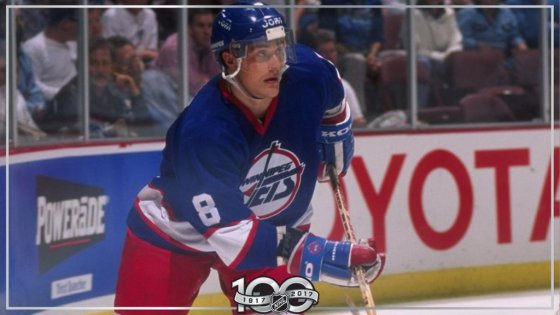 There is no denying the power of goals to earn a place in history, and Selanne scored a ton of them in his rookie campaign. The “Finnish Flash” obliterated the existing rookie record for goals in a season with a remarkable 76 goals in his debut season. We may never see someone score 76 goals in a season ever again, let alone a rookie. Selanne smashed Bossy’s record for goals in a rookie season with some room to spare, scoring 20 goals in March to make this record virtually unbreakable. This streak included a span where Selanne tallied 11 goals in five games. The amazing 132 point season catapulted Selanne into the category of the NHL’s elite. Although he never achieved the notoriety of a Gretzky or a Lemiuex because he played in West Coast obscurity, Selanne had a solid career as an NHL star.