Five Kickass Sidekicks (That Are Way Cooler Than Their Bosses)

By Geoff Shakespeare on September 8th, 2014 Why is it that cool, badass heroes feel the need to surround themselves with a weasly little sidekick?  Doesn’t Batman know that all the fear and intimidation he inspires in his enemies vanishes when he brings along a skinny kid in green underwear? Most sidekicks are useless at best and annoying as hell at worst. But not all sidekicks suck. In fact, some of them are a hell of a lot cooler, tougher, and smarter than their supposed bosses. Here are 5 sidekicks who are a lot tougher than the guys they work for.

5
The Sidekick: Jughead
The Boss: Archie While no one’s ever going to accuse either of these doofuses of being anything close to badass, Archie and Jughead still have a pretty sweet thing going. Archie inexplicably gets more tail than Shaquille O’Neal at a swingers’ convention, and despite being a world class screw-up, he basically runs the entire town of Riverdale.  He’s got two awesome girlfriends, a sweet old car, and his best buddy Jughead. And although they never say it out loud, it’s pretty clear who’s the dude in this relationship. Jughead may be smarter and have a cooler hat, but Archie’s in charge. But Jughead is happy to play second fiddle to the redheaded moron, and therein lies his coolness. You see, Jughead doesn’t need the hassle, man. While Archie is juggling girls, solving crimes, dodging Mr. Weatherbee, and generally destroying everything he puts his hands on, Jughead hangs back and enjoys a burger. Jughead knows that life’s too short for hijinks. Why not let Captain Freckles do the heavy lifting while he can kick back and take a nap? Jughead will always be cooler than Archie because Jughead just doesn’t give a shit. He takes life as it comes and saves the drama for his boss. He’s the patron saint of every lazy bugger in the world. 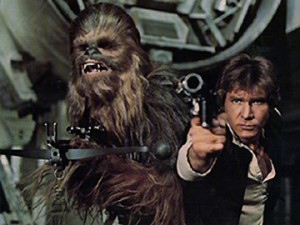 OK, OK. We all know that Han Solo is pretty awesome. At the start of the Star Wars Trilogy, he’s a devil-may-care badass tooling around space in a souped up ship, hanging out in bars, shooting green aliens, and smuggling whatever it is that needs to be smuggled in the Star Wars Universe (maybe dialogue coaches?).  To top it off, he has his superstrong hairy sidekick, Chewbacca, who’s completely loyal to him and always has his back. Together, the two of them are just about the coolest dudes in Sci-fi history. And then a chick shows up and everything goes wrong. Broads! They ruin everything!

Starting in The Empire Strikes Back, Han Solo begins the slow descent from kickass single dude to neutered househusband. Once Princess Leia started waving those cinnamon buns on the side of her head at him, Solo’s cool drained out him faster than Jabba downing a meatball sub.  But while Han wussed it up, Chewbacca retained every scrap of his badassery and kept his eyes on what mattered. He wasn’t fighting the Empire for love, he was fighting it because it was the toughest thing out there. Chewbacca blasted, crushed, and strangled his way through punks just for the pure joy of it. At the end of a New Hope, Han and Luke get those wimpy medals, but not Chewie. Like all tough guys, he didn’t need some hunk of gold to tell him he kicked ass because he knows he kicked ass. Han made googly eyes at Leia, Luke looked off into space like a sensitive teenager, but Chewie just let rip a war-cry howl. Pure badass.

3
The Sidekick: Sideshow Bob
The Boss: Krusty The Clown

If there was any justice in the Simpsons Universe (and Homer’s continued survival should be proof enough that there absolutely isn’t) erudite, urbane, accomplished Sideshow Bob would be the boss and selfish, drunken sell-out Krusty the Clown would be the sidekick. But alas, the cruel yellow skinned God of the Simpsons decreed it would not be so. Through a series of painful coincidences, Sideshow Bob was relegated to the humiliating role of mute sidekick on Krusty the Klown’s hit TV show. But it didn’t take long for the constant humiliation to break Bob down and send him rogue. Sideshow Bob hatched a brilliant scheme to frame his boss and take over the show from a guy who could barely hatch a scheme to get breakfast. Krusty prepares to address a joint session of Congress

With Kristy behind bars and Sideshow Bob running things, the show became an oasis of culture. Teaching kids about the finer things in life without depriving them of lowbrow joys like Itchy and Scratchy. But it was not to be. Sideshow Bob’s subterfuge is found out and he enters into a destructive spiral of revenge and crazy schemes. But, oh, what schemes! While Krusty sits around getting fatter and greedier, Sideshow Bob perpetrates the kind of complex revenge schemes that lesser evil geniuses couldn’t even imagine. He never succeeds, but even his failures have a strange dignity. And that’s a word the will never be used to describe Krusty the Klown. In the late 50’s, America faced some of the gravest threats to its existence. Rock and Roll, monster movies, and comic books were tearing a swath of destruction and fun through this great nation that nearly destroyed everything old people liked about it. Thanks to the work of a few stern men and women in thick glasses, America was just barely saved from permanent anarchy. But that was just on the surface. Underneath those tumultuous times, our nation’s enemies schemed to take advantage of out flirtation with societal collapse by any means necessary. Hidden spies worked day and night to tear apart everything we love. Two of the most sinister of those agents were Boris Badenov and Natasha Fatale. But for the efforts of two heroes, they may have turned America into a socialist paradise of equality, fairness, and free health care. Brrrr! Guess who they voted for in '08

Those heroes of course, were one Bullwinkle J. Moose and his trusty sidekick Rocky J.  Squirrel. Brave, clean, and never lacking in moral fibre, they foiled every nefarious plan that Boris and Natasha came up with. And for some strange reason. Bullwinkle was considered the leader. Now, he may have been cool, he may have been tough, and he may have been a moose. But let’s face it; Bullwinkle J. Moose was an idiot. He was a nice guy and all, but distinctly lacking in the smarts department. Half of the jams that Bullwinkle and Rocky found themselves in were directly attributed to Bullwinkle’s idiocy. If it wasn’t for Rocky’s brainpower, Bullwinkle would probably be dumpster diving in Frostbite Falls. Rocky came up with the plans, figured out the traps, and made sure that those two commies got a nice big taste of American ass-kicking whenever they reared their collectivist keisters. Bullwinkle was a harmless moron who gave us a few laughs. Rocky single-handedly saved America.

1
The Sidekick: Kato
The Boss: The Green Hornet 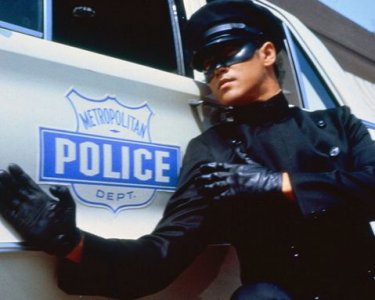 The Green Hornet was a radio and TV series about the titular hero and his sidekick, valet, and chauffeur Kato. A district attorney by day, The Green hronet dressed up at night and dealt two-fisted justice to the punks he couldn’t put away in court. The Green Hornet was the boss, but Kato was in a whole other league of toughness. Without his sidekick to drive him around, help him out of jams, and do most of the serious fighting, the Green Hornet would just be a lawyer in a mask. Kato may have been the sidekick, but he was the real balls of the operation. But it wasn’t until the TV series that Kato really shone. I despise you for your weakness Hornet.

Quick question: who played Kato in the original Green Hornet TV series? Almost everyone knows it was Bruce Lee. Now, who played The Green Hornet? We have no idea. And there’s a reason. In the hands of Lee, Kato is the ultimate sidekick. He’s tough, brave, and can kick just about anyone’s ass. Robin may have his moments, but there’s no way he’s taking on Batman. Kato is one of the few sidekicks in history who would have absolutely zero difficulty in beating his boss’ ass. While The Green Hornet stands in the corner making speeches and throwing the occasional badly telegraphed haymaker, Kato’s beating up thug after thug in a breath-taking display of poetic brutality. The only reason anyone remembers the Green Hornet at all these days is because of Lee’s performance. Lee made Kato so cool that coloring books and other merchandise prominently featured him instead of the lame title character. In some countries the show was even called The Kato Show. Thanks to Lee, Kato is the coolest sidekick to ever back somebody up.