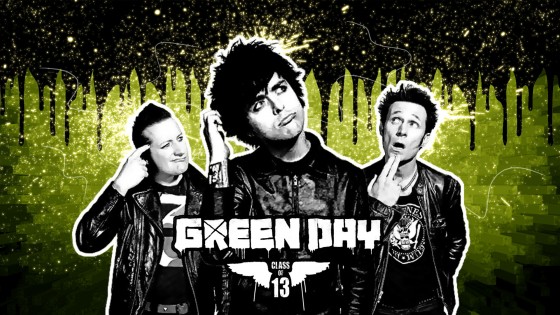 Whether you love them or hate them, it’s impossible to deny the longevity of Green Day’s career. Since they first formed in 1987, they have released eight full length studio albums that have influenced at least three generations and spawned countless garage bands. In order to celebrate the band’s 25-plus years, they decided to create three new albums, entitled ¡Uno!, ¡Dos! and ¡Tré!, all released in 2012. In 2015 the band was inducted into the Rock & Roll Hall of Fame, and they’re currently enjoying a succesfull run of their “American Idiot” musical. A look back at Green Day’s career would typically include their greatest hits, but because it would be more fun to look at some of their most sexually charged and perverted material, that is exactly what this list is going to contain.

Although some oblivious fans have somehow missed it, lead singer Billie Joe Armstrong has always been open about the fact that he is bisexual. He has also used some of Green Day’s songs to explore unconventional sexual themes and so-called alternative lifestyles. “King for a Day” from 1997’s Nimrod is an extremely upbeat song about cross-dressing that features a brass section and never fails to get the entire audience dancing each time they play it live. Armstrong’s flamboyant actions during each performance of this song further illustrate his commitment to teaching the frat boys in the crowd that it’s okay to be different. Or, in his own words, “Don’t knock it until you’ve tried it.”

Green Day’s front man Billie Joe Armstrong has announced that much of their new material focuses on sex. The video for the single “Oh Love” definitely illustrates this point, especially the NSFW unedited version that is a Playboy exclusive.