Gadgets > Other > Five Things We Learned Shooting an Assault Rifle 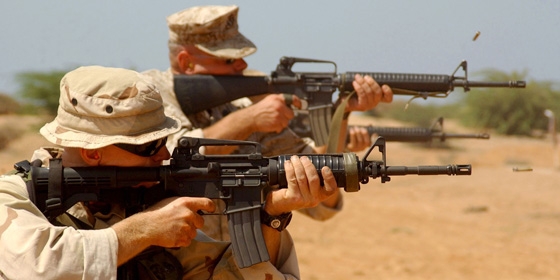 We still feel more comfortable with them in the hands of trained professionals.

Assault Rifles. The mere mention of their name these days brings up passionate feelings which often turn into heated debates. One of the key issues it seems in these debates is lack of understanding on them. In an effort to learn more, we took the opportunity to fire a variety of AR-15 weapons in a controlled gun range with industry experts. After firing for more than a few hours, here are five things we learned.

1. Guns Have Vastly Improved Over Time 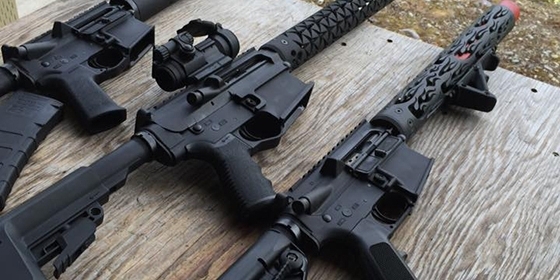 After firing a variety of AR-15 weapons as well as handguns, lever-action rifles and pump-action shotguns, it is immediately clear how much assault rifles have changed the firepower of personal weapons.

Also, the AR rifles are better manufactured these days and are much less likely to jam or overheat than other weapons.

2. Light-Weight and Extremely Easy to Fire 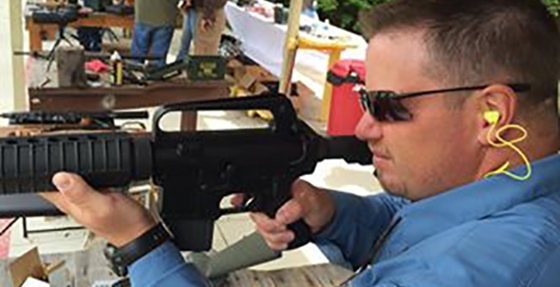 So light, even an Internet writer could pick one up.

The other thing immediately noticeable when firing an AR-15 type of weapon is how light-weight and easy to fire they are. While each model varies, a typical rifle weighs around 8-9 lbs and can be loaded quickly with a magazine of bullets. Then, a quick flip of the safety switch and you are ready to go.

With its light weight and easy to hold pistol grip, the rifles we shot fit remarkably well to our body and, even in our novice hands, we were able to hit our target pretty accurately.

We think this weapon could be fired really by anyone and with reasonable accuracy. This helps add to its popularity.

The byproduct of its light-weight and ease-of-use is how much fun you can have using it. Unlike shotguns or handguns, we could fire an assault rifle for a longer period of time with more enjoyment. This was largely due to little amount of recoil.

One of the most fun weapons we shot was an AR-15 with a suppressed barrel and subsonic ammunition. This weapon felt like firing a 22 rifle with little to no kick and, what seemed to us to be, a fully automatic setting adding to the fun.

One of the strengths of the assault rifle is how customizable it is with easy-to-add parts. Want a larger carry handle? Order one for less than $50 and screw it on. Want a suppressor to make it quieter? Order it up for around a $1,500k and swap it out. From the stock to the barrel, an AR-15 is fully customizable and you can tailor it to your specific needs.

Probably the most amazing thing about this weapon is you can literally build one at home if you don’t like what the store offers. Just find the lower you want and order the parts you like. There are many online guides, like this one, and videos to walk you through the process.

Do a quick Google video search on shooting an assault rifle and you will likely encounter videos like this one:

Now this is a parody of Gersh Kuntzman’s New York Daily News piece on assault rifles and how shooting one gave him PTSD. For the record, PTSD is nothing to joke about and Kuntzman retracted his claim. The reality is, with proper training, target shooting with an assault rifle can be safe, fun and remarkably easy to do. After our day of firing them, we can certainly see why they are incredibly popular among gun enthusiasts and new gun owners.