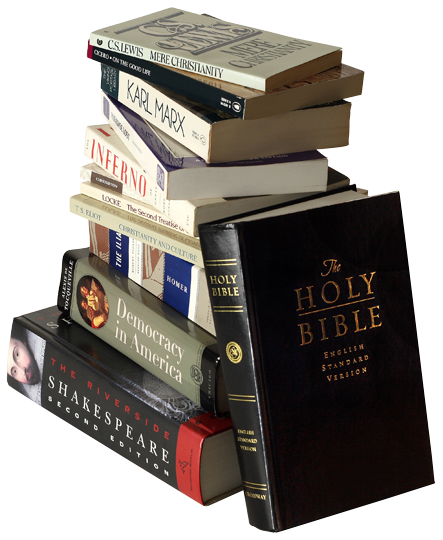 Being a published author is difficult enough without getting the sophomore blues. Much like the one-hit wonders of the music world, many writers find themselves at a loss for a major follow-up to their big-hit books. Often times it has taken years and years of trial and error and critically lambasted efforts to even reach the pinnacle of the written word where an author can finally say, “I have written the best,” only to be forever lost in the pages of his one, true opus. And just as the dust begins to settle, the audience who has fallen in love with your magnum tome expects another just like it right away to satiate their ever-starving appetites. Yeah, the faithful public can be pains in the ass like that.

Some authors never struggle to reach that once-thought unattainable goal. Their first books were hits, and each and every subsequent novel strikes such a chord that they make immediate names for themselves. Sure, it took Stephen King a bit to finally knock out Carrie, but once he did, he became the name in horror fiction. J.K. Rowling wrote Harry Potter while she was struggling to make ends meet, and we all know where her titular bespectacled hero ended up. And even Stephanie Meyers, dead stuck in one seemingly used up genre, found new life in her goth tween audience with her dour and sullen vampires. These three are just a few examples of what can happen, but what follows are five examples of what all too often does happen.

5) The Changeling by Joy Williams 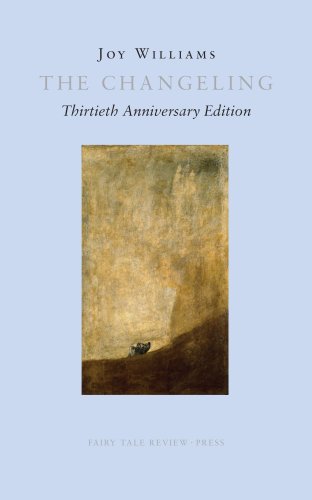 Joy Williams is a bit of an enigma. Her first, best novel, State of Grace garnered her nominations for National Book Award, the National Book Critics Circle Award and the Pulitzer, yet, due in part to her bizarre styling and unusual methods, never offered her the award. It only took four years for Williams to deliver her second novel, The Changeling, which, according to the New York Times, “Reading it is like being stuck in a bad dream, one in which you can’t exert any power over an inherently flawed world (in Pearl’s words: “a universe made by something more than human for something less than human”).” Sounds great. Though its classic status has been recognized lately, as it hit its 30th anniversary three years ago, and it has found new audiences, it still ranks as one of the most poorly received sophomore efforts. “The Changeling reads like a highly mutated version of Lost—if, say, that show’s scriptwriters had been replaced by the young gin-soaked modernist Jean Rhys.” 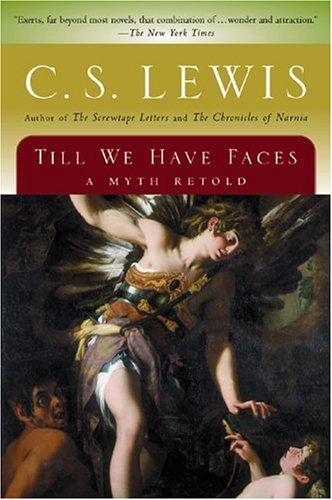 Followed : The Chronicles of Narnia

Everyone knows The Chronicles of Narnia. Required reading for many children, and, thanks to its deeply Christian themes, for many of the Faith as well. The deep issues arising from the Jesus/God visage of Astlan fending off the evil form of the White Queen is as nearly well known as the Bible from which the story derives. Few realize that as a youth, and even a young adult, Lewis was an Atheist because he was, “very angry with God for not existing.”

But C.S. Lewis was a far more prolific author than just his Chronicles would lead you to believe, including a cosmic epic (Space Trilogy), and a masterwork called The Screwtape Letters, which looks at the interplay between two demons attempting to ruin a man’s life. But it was his last novel, one Lewis himself referred to as his, “most mature and masterly work of fiction” that failed to put a perfect cap on his career. According to Kevin Stilley, “During the first 100 pages (of) the book, (it) falls a little short of expectations.” Though Amazon beats around the bush a bit with, “Lewis’s short novel of love, faith, and transformation (both good and ill) offers the reader much food for thought in a compact, impressively rich story. Less heavy-handedly Christian-allegorical than Narnia, Till We Have Faces gives us characters who remind us of people we know facing choices and difficulties we recognize.” Faces still never captured the audience that Narnia has always held.

3) The Deep by Peter Benchley 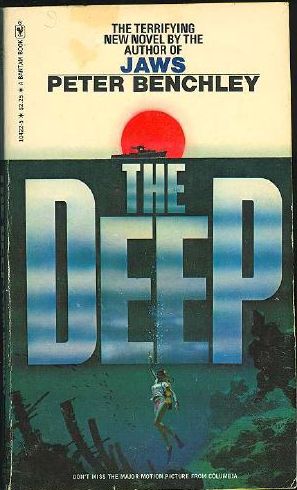 Peter Benchley has done for human’s natural fear of sharks what the film Arachnophobia eventually did for everyone’s skittishness toward spiders; scared everyone to death and kept them away from beaches in droves. Okay, that might be gilding the lily a bit, but it certainly didn’t help matters any when the movie version of Jaws was released. Jaws — the epic tale of a deadly Great White and the need for a bigger boat — was, to be certain, Benchley’s Moby Dick. He published stories previously, mostly for newspapers, but Jaws was his first and, most agree, his best.

But after Benchley’s strangle hold on the 1974 book market, it became obvious that a follow-up was soon to emerge, and it did in 1976 with a far-less successful sunken treasure tale called The Deep. Though a bit more in depth concerning its knowledge of marine themes, “Many readers will feel weighted down by the constant flow of sheer information the book contains”, according to a biographical review. Barnes and Noble.com offers a differing point of view toward the story admitting that it is exciting for the most part, though its climax is, well, anti-climactic; an ending without an ending. However you look at it, when your opus Jaws is made first, a second novel is never going to match up. 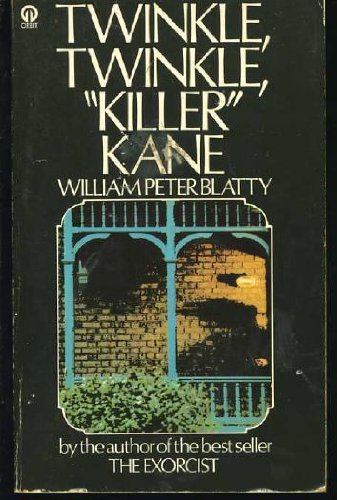 Being a huge fan of horror, few novels have scared me like The Exorcist. I have read everything King has done (granted his older books are far more frightening), and despite the fact that reads like Pet Semetary and Salem’s Lot were chilling to the core, the honesty and reality of The Exorcist was palpable. Sadly, William Peter Blatty would not have another hit like it. Though his subsequent novel (The Ninth Configuration) was originally penned previously to The Exorcist, it was re-edited, turned into a screenplay, and re-released as Twinkle, Twinkle, “Killer” Kane.

It was, also, turned into a film (hence the screenplay) titled, oddly, The Ninth Configuration, and it did fare better than the actual novel. According to Amazon, the book, “(has) choppy narrative, lacking the sense of mood and character…” as well as, “if you’re coming to this already familiar with The Exorcist (which I’m assuming most people are), it’s going to feel redundant more than anything else. And well it should, seeing as almost half a page is reused verbatim in The Exorcist.” It’s not that it’s a bad book, by any stretch, but it’s such a direct attempt at a follow-up of The Exorcist that it reads very similarly. “Otherwise, the book works mostly in the form of showing the many paths Blatty’s imagination was taking as he thought through the story.” In other words, slightly disjointed. Even though it did, in reality, come out before his opus.

1) Angels and Demons by Dan Brown 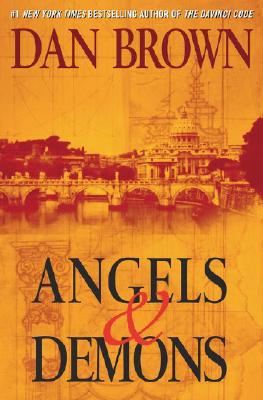 Dan Brown single-handedly changed the techno-semi-historical-thriller novel genre with his huge best seller, The Da Vinci Code. Granted a ton of other authors have done what Dan Brown does (ie: James Rollins) and often better, (also, James Rollins), but it took Dan Brown and his fast-paced tale about main character Robert Langdon and his hectic sprinting from country to country attempting to blame the Catholic Church for just about everything, to really gain notice to the genre as a whole. But yet again, we have an example here of a book published previous to the masterwork that was literally tossed aside as just another of hundreds like it. Brown’s Angels and Demons was, in actuality, the first appearance of Robert Langdon published a full three years before The Da Vinci Code, and, as many have discovered, a far better read.

Though some, at reviewsofbooks.com to name a few, have said, “some judicious editing might have made it a tighter and more focused novel.” From Helium.com, “Both (Angels and Demons, The Da Vinci Code) are written in a simple, easy to follow style. Both are good, but not great.” And the ever present Amazon.com says, “this (is a) well-plotted if over-the-top thriller crammed with Vatican intrigue and high-tech drama.” and, “Every other sentence seems to be a passage that’s been copy-pasted from wikipedia in an attempt to wow us with the supposed research behind this story.” So, you see, it wasn’t quite as well-liked as Da Vinci, which rapidly became one of the best selling books of all time. In fact, his actual follow-up, The Lost Symbol — though becoming one of the fastest books to sell a million in hard cover — still had two million fewer print runs than Da Vinci. Small potatoes, maybe… but when you have your opus, that ladder becomes a greasy incline.