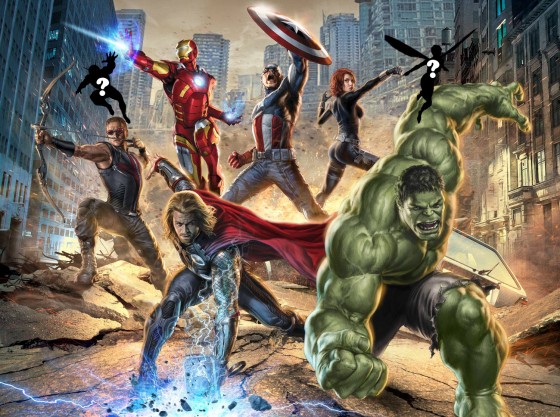 Let me begin by reassuring everyone that The Avengers, is as perfect an ensemble-hero-casted flick as you are ever likely to find. The acting was spot on (especially considering that Chris Hemsworth wasn’t exactly un-tree-like in Thor — still a great movie, though), the story was granite-solid, and the interplay between so darn many characters never once felt overloaded or bloated where one face was seen in front of any others. It was crisp, well paced, and the action sequences (seemingly every other beat) were brilliant and amazing. But… and I say but with an almost perfunctory air, there felt, just a little bit, like some things, or even some ones were missing. Yeah, yeah, and I feel automatically bad about saying that, but as a former comic book junkie… well… look, just read on and you’ll see.

Again, let me just reiterate that I loved this movie. And for what it was, Captain America was pretty decent, too. They did get a whole lot right. Except for the parts that they didn't. And sadly, those parts blend right in with The Avengers. In the original incarnation of The Avengers back in the '60s that was written and drawn by Stan Lee and Jack Kirby respectively, it was the then roster of the team that located Captain America frozen in the ice in issue number four. Yes, they did a fine job of actually using that very important plot point in both the Cap movie and The Avengers, but it was done wrong.

I understand that the only way the studios could have created enough build up for an Avengers movie was to introduce as many of the characters as they could. And they did. Despite the meh versions of both Hulk films, the Iron Man films, Thor, and, yes, even the Cap flick gave us just enough to sink our teeth into for excitement for The Avengers. However, in my humble opinion, there was no real reason not to save Captain America for just after The Avengers. Then they could have used the actual comic storyline as a the discovery of Rogers and then use the Cap flick to tell us his backstory. Perhaps it's nit-picky, but I generally think it would have made Cap's membership that much more important. 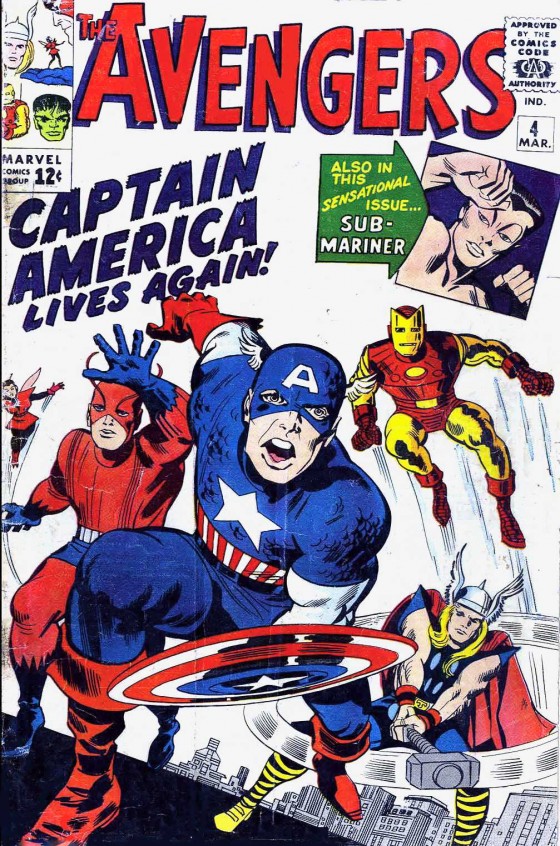 Namor (The Sub-Mariner) plays an integral role in the early days of The Avengers. When Namor was first introduced, he wasn't so much a villain as he was just misunderstood for the causes he fought for. That being said, he had a number of tussles with the roster at the time which included a newly inaugurated Captain America, Giant Man, Wasp (both of which we'll talk about real soon), and Iron Man. You see, Bruce Banner had decided to leave the team -- literally by the second issue just after he helped form it -- due to his belief that his instability when turning into the Hulk and maintaining his rage issues was causing a rift in the team.

Once he leaves, and Cap is found, Cap is then given 'Founding Member' status basically because he replaced The Hulk and instantly took on a leadership role. So, at this time they go searching for The Hulk and run afoul of Namor, doing battle with him several times. So how could they have even just snuck him in the movie? Well, there are several water shots where there might have been enough time just for a perspective view maybe from the back of his head. Or, maybe toss in another Easter Egg at the end (there are already two) because he is important enough for even just a mention. Namor was missed... maybe not sadly or terribly, but it still would have been cool to have seen him. 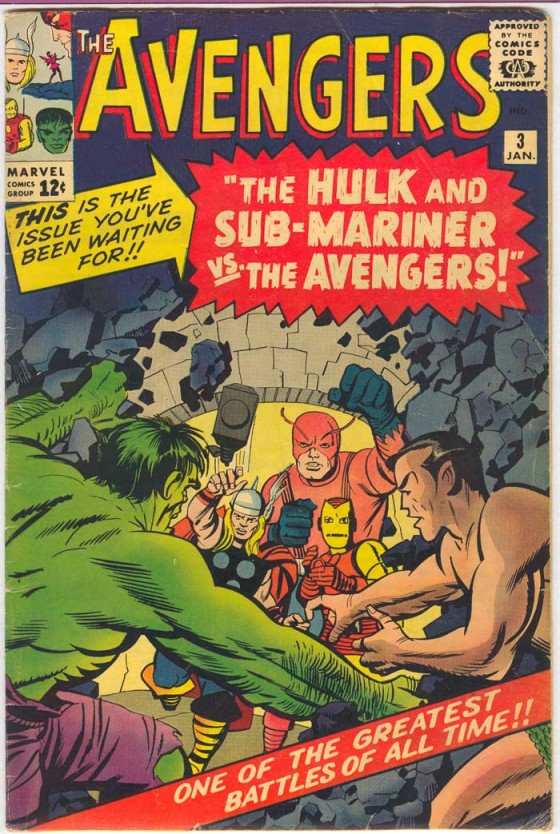 Who's Henry Peter Gyrich? Well, much like Robert Kelly from The X-Men (without the whole mutant hatred thing), Gyrich is a government official who does his damnedest to keep The Avengers in check. Introduced in the comics by Jim Shooter in issue 165, he became one of the true anti-superhero advocates and their often heavy-handed approach to thwarting evil. Basically, each and every time teams like The Avengers fight the bad guys, they pretty much lay waste to whichever city they happen to be fighting in. And this whole thing got stuck way deep in Gyrich's craw. However, and even more oddly, he is the team's liaison to the government, much in the vein that Nick Fury is in the flicks. However, unlike Fury, Gyrich insists that the team follow each and every government rule and regulation to the letter often so much so that he impedes on The Avengers' progress.

Not only is all of this a thorn in the collective team's side, but Gyrich also insisted that the heavily-manned team be reduced to only seven members including an African-American member called Falcon. Which, ultimately in turn, shoves Hawkeye out, again playing against one of the founding members in the movie. So? Could they have found a way to shoehorn Gyrich in there somewhere as a head-butter to Fury and the Avengers? Definitely. There is a scene featuring news reports and he would have fit perfectly right then with his name proudly emblazoned across the screen and everything. Hmm... maybe next time. 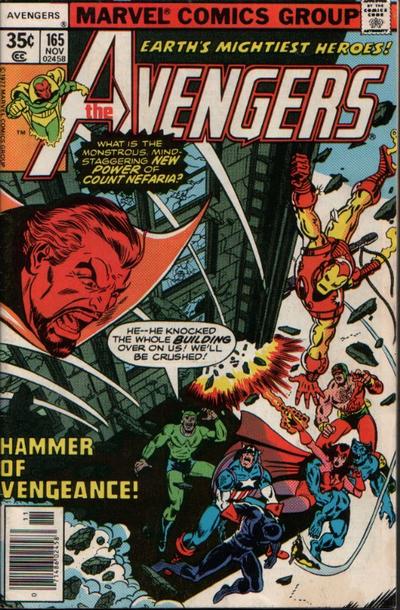 Sadly this ought to be it for The Hulk

Just as I mentioned in the Namor section, the Hulk actually does leave and really doesn't return fully until much later. In fact, in episodes 3-5 of The Avengers, he did little more than fight off his once friends, especially Thor, proving his instability and the entire reason for his departure in the first place. Though Hulk did technically return much later to the team, he was never again fully accepted and continued to be an army unto himself.

Now, the film (SPOILER ALERT... I'll wait. Okay, you've been warned!) does touch on Banner's innate instability when they first find him deep in the Orient doing his best to avoid releasing his beast. But it's only just slightly played upon during the remainder of the film, and he isn't so much avoided or shunned as he is kept somewhat sedate, because hey, everyone knows what happens when he gets angry... and you wouldn't like him when he gets angry. Well, he is cool. I like him. Where was I? Oh right. So, if the continuity of the comics is followed (and there's little reason to believe it will be), he'll hang around for the sequel and call it a day. But that's not gonna fly. People love the Hulk. He'll stick around. 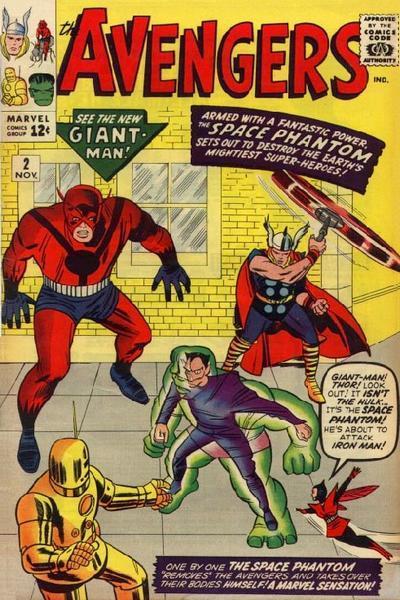 Where were van Dyne and Pym?

This one really sticks in my gut. The Avengers were never The Avengers in the early days without Janet van Dyne and Hank Pym. As I said before, the original lineup featured Ant-Man (Pym), Wasp (van Dyne), Thor, Iron Man, and the Hulk. Cap showed up after Hulk left, but van Dyne and Pym were always there. Eventually Hank went through a bit of a personality and identity crisis and became both Giant-Man and Goliath, and even created a rift in the ranks as his anger and violence toward van Dyne alienated him from the team. But he was welcomed back.

he point is, these two were staple members of the roster and they aren't even so much as mentioned in either this movie, or any of the others where Nick Fury pokes his head in. So, how could they have fit into The Avengers film? Very easily. There are (SPOILER ALERT 2! You have been forewarned!) several scenes where many of Fury's 'soldiers and staff' are milling around or attending to emergency situations where they could have been easily identified as both Pym and van Dyne. Sure, this isn't the perfect fix, since it would have made a lot more sense were they brought on board maybe at the end of Captain America (though that idea itself goes against what I suggested earlier -- sometimes you just gotta adjust with what ya got) or even made background characters somewhere in Iron Man 2. But just having them have minor roles in The Avengers would have been incredibly cool and a definite geek moment for true comic nerds like me. Almost as geeky as the extra scene they already do have. I'll say no more on that one. He he he... 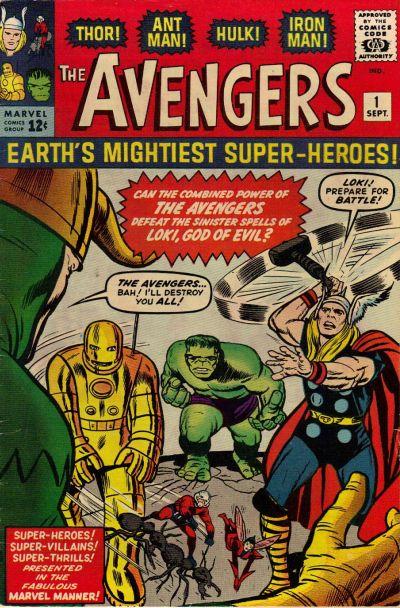