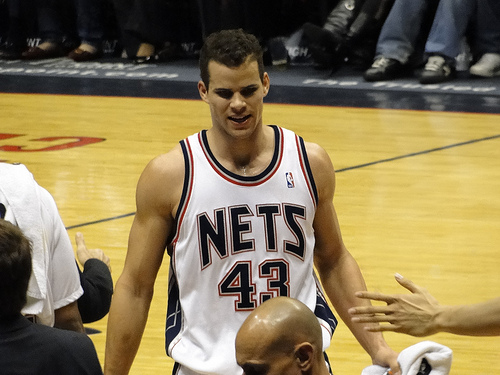 The future of the 2011-2012 NBA season is still in jeopardy, and with every missed game that passes by the players grow more restless.

Most of the players, you would hope, can’t wait to start playing professional basketball again, sure. But these guys need the season to start for their own agenda and reputation, not because of their primal need to play basketball.

Whether it be unwanted attention or a growing negative public perception, these guys need a clean slate

There are 82 games in a full NBA season, and 72 days in a Kris Humphries-Kim Kardashian wedding. Two months after the highly publicized couple tied the knot, Kim divorced her husband because he was using her for fame. It was reported that Kris wanted to use the marriage to promote his own brand, such as a cologne product or something equally repulsive from an NBA player.

It was he who tweeted the famous line, “Looking like a season. How u.” The tweet was later deleted, with Mason claiming his account was hacked. Unfortunately nearly two months have passed since his September mishap, and the season is still up in the air. I’m sure he would rather watch Carmelo Anthony and Amar’e Stoudemire take the spotlight from his seat on the bench.

Despite posting decent numbers, Bosh’s lack of defensive prowess was exposed in big games, leading Skip Bayless to dub him Posh Spice. Bosh must be itching to get back on the court and hold his own amongst the Big Three.

Two years removed from the guns debacle involving Jarvaris Crittenton, Arenas has stirred up about as much controversy on twitter as possible by posting masochistic tweets and photos and showing no remorse, other than deleting his account. Battling Jameer Nelson for the starting point guard spot as opposed to women over social media messages is a no brainer.

It was rumored that Kim Kardashian wanted to date another NBA player before she settled for Kris Humphries. That player was Danilo Gallinari, who was offered a part on her reality show as a part of dating her. He turned her down, and is most likely a target once again after the separation.