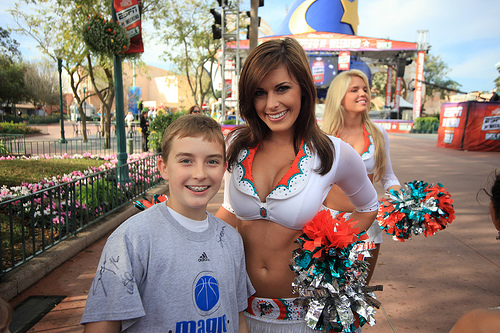 Helping Retarded NBA Fans, One Kid At A Time...

And you thought “NFL” was short for No Fun League… Bitch, please. The NFL is all about fun. You would think the one time of year when the league could relax, rest, regenerate… when futbol rules the world stage over football… would bring a bit of a lull, but this is the NFL. There is no offseason. Here’s five significant contributions we’ve enjoyed this week from  the Roger Goodell Honorary Boy’s Club, one for each day of the week, and we’ll even rank ’em.

5
Cedric Benson wants to be just like Adam Sandberg. 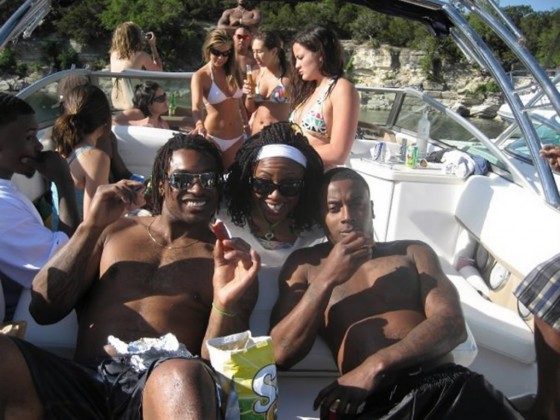 Benson ran afoul of the law after a bar brawl in which he proclaimed himself the victim of racial bigotry and thus decided to proclaim freedom by punching an employee of the bar in the face. This is Benson’s third arrest related to alcohol folks. He’s commonly known as “the guy who killed someone out on the lake der” to those who live in the midwest (walking away on self defense). This is, in every way, sad. 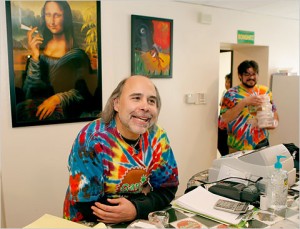 Simms got popped on pot, hit by the one-time on a possession charge while driving. He picked up the habit in Denver, got his card, and then rolled out after getting cut by the Broncos figuring he’d finish his stash in Tennessee. His lawyer says he was smoking cigarettes. I’ve seen 48 Hours dumbass… I think those cops know the difference.

3
Drinks are on me, or Vincent, or Tom, or Vince, or Ray, or Jared… or Kevin has some pills! 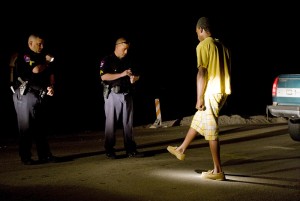 Mr. Jackson, could you please extend your arm, now touch your nose...

Vincent Jackson has been suspended for three games after arrest for DUI, and he tops a list that keeps growing of players having troubles with liquor and/or drugs. Lions president Tom Lewand was arrested for DUI as well, as was Jared Allen and Ray McDonald from the defensive side of the game. Vince Young got drunk and got in a fight at a strip club because some guy made fun of his alma mater (go greek). Kevin Ellison was thrown into the rumor mill when he was cast out of San Diego, and with the arrival of the DEA’s investigation into abuse of prescription drugs in NFL locker rooms we have learned Ellison was arrested for stealing 100 Brett Favre-endorsed Vicodin pills. Sounds like one hell of a party boys… too bad none of us can afford a driver.

Mike is fresh off his stint in the pen, he’s on his way to rehabilitating his image, he got his job back and some even believe he should have a shot to play as a starter… and he throws a birthday party where a witness from his federal cases that he’s not legally open to associate with gets shot shortly after an alleged confrontation with his peeps. The story is unfolding slowly but the Vick brothers have spoken with authorities and federal investigators are getting involved… ’cause that always ends well.

And the NFL’s top contribution to society for the week…

1
The Other Steve Smith 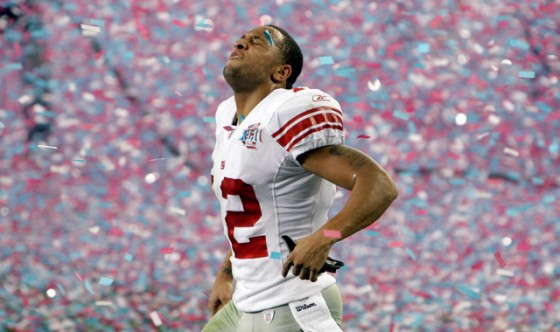 The Steve Smith with a Ring

That’s his real name… on his Facebook page this week, Smith posted…

“Big up to Tigers wife all she had to do is open her legs and say ‘I Do’ and now she’s one of the richest people in the world lol.” 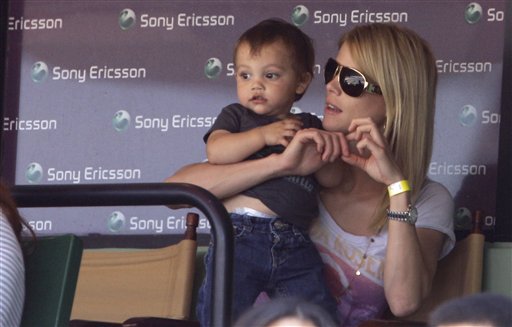 Mike Florio from the Lollipop Guild at ProFootballTalk took Smith to task in his coverage, then noted Smith had deleted the post and issued the following apology…

“I was just joking around jeeeez!! whats everyone doin for the 4th??”

We thought it was pretty funny too Stevie, and that gets you honors as our top NFL Contribution to American Society This Week!