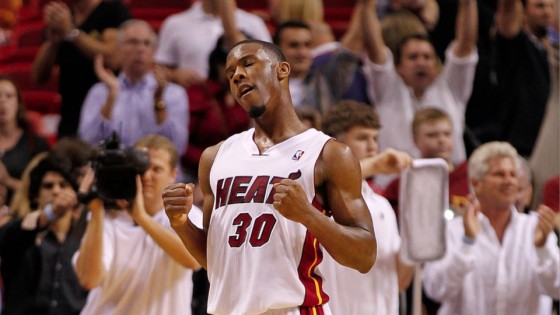 With the shortened season this year in the NBA, many teams have had to rely on younger players to carry the load in order to rest veterans during back-to-back stretches.

This past year’s draft wasn’t initially regarded as having much depth, but through the first few weeks of the young season there are a handful of players who have proved that notion wrong.

These are five NBA rookies drafted outside of the lottery, or first fourteen picks, that have made an immediate impact.

Leuer’s basketball IQ was never the question, but many wondered whether he had the athleticism to survive in the NBA. There will always be a use for a 6’10” frame that can shoot the ball well, as Leuer has done so far.

Brooks put up a ton of numbers on a mediocre team in college, so the doubts of him meshing with an NBA offense were imminent. He showed quickly that he can still create his own shot with relative ease at the next level, and has averaged nearly fifteen points per game so far in the young season.

Part of the Heat’s problem has been the lack of a reliable point guard, and they greatly improved in that area with the addition of Cole. Paired with Mario Chalmers, Cole has provided great energy off the bench. He’s played well in a limited role after being the man at Cleveland State in college, so he should only improve as his minutes increase.

Parsons may look like the bag boy at your local supermarket, but he’s stepped up as a key player on a Rockets team that lacks an identity. He brings rebounding and an outside presence at small forward, and while not possessing star potential, he’s picked up where he left off at Florida by being a reliable role player.

No one is better at developing young players than Gregg Poppovich, and Leonard was already a step ahead of most maturity wise. A tenacious rebounder, Leonard has flourished with the Spurs, starting half the team’s game. He’s capable of hitting shots behind the arc, but has the athleticism to play around the rim. The Shawn Marion comparisons are very much warranted,