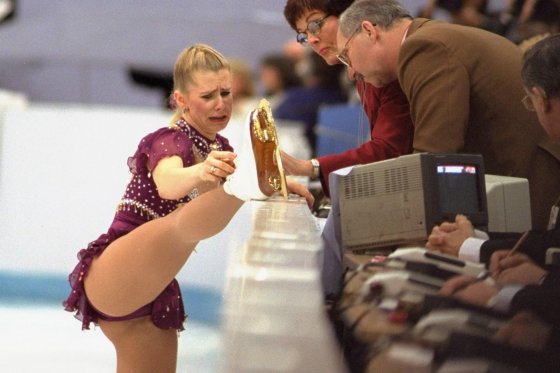 We’ve already covered some of the more inspirational tales in the history of the Winter Olympics, but let’s be honest here: not everyone can be a winner. And in the long history of the Olympics, there have been a lot of losers. Like, a lot.

Some of them have been lovable losers, like the Jamaican bobsled team, or Eddie the Eagle. Others, however…well, let’s just say they’re probably wishing YouTube had never been created. Luckily for us, it exists, and it allows us to point and laugh at these once respected athletes over and over and over. 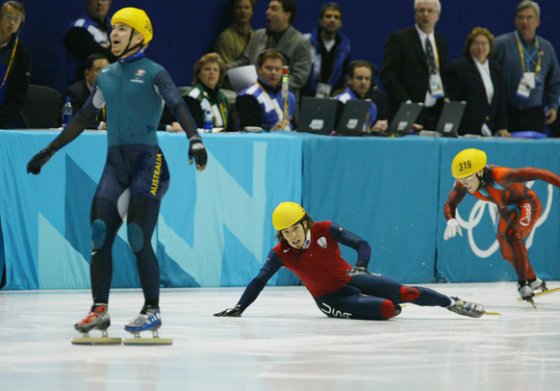 Winning a gold medal for your country has got to be one of the most incredible and exciting things an athlete can ever hope to accomplish. Of course, some of the luster is probably lost when you end up winning because literally every other competitor got completely wiped out and you vault from last to first while they’re scrambling to regain their footing. Such was the case for Australia’s Steven Bradbury, when the medal favorites (including Apolo Ohno) all crashed down the stretch, allowing the much slower Bradbury to skate by them to one of the least deserved gold medals of all-time.

And that, ladies and gentlemen, is how Australia won its first ever gold at the Winter Olympics.

4) No one likes a show off, Lindsey 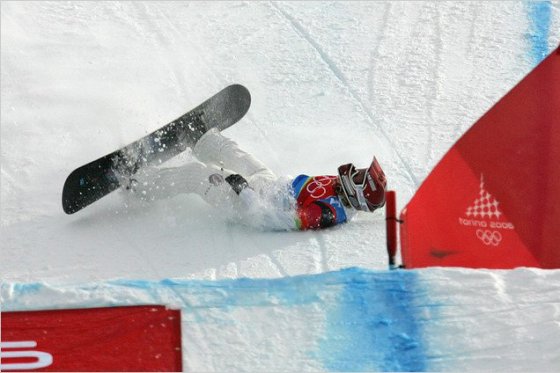 Lindsey Jacobellis was an X-Games star who was supposed to run away with the gold medal at the 2006 games in Turin. She had a boatload of endorsements and was all set to become a household name, and as she approached the finish line it looked like the gold would be hers. And then she did one of the most idiotic things in recent Olympic history and decided to show off, trying to grab her snowboard in an effort to look cool. She promptly wiped out and lost the gold. 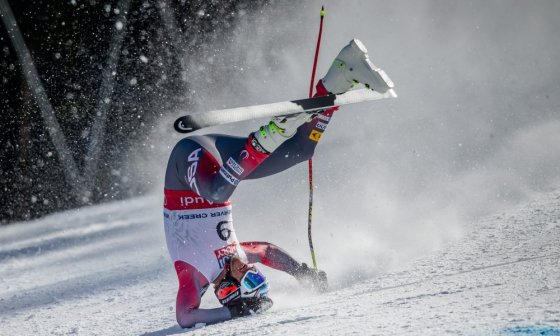 Heading into the 2006 winter games in Torino, Bode Miller was supposed to do for skiing what Michael Phelps has since done for swimming. That is to say, popularize it for about three weeks before everyone quickly forgets about it and goes back to following entertaining sports. But then we found out that Bode was pretty much a drunk, and he didn’t win a single medal in Torino. This video pretty much sums up his performance there.

He rebounded in Vancouver in 2010 with two medals, and showed much more maturity at the Sochi games, but Bode Miller will always be remembered for his performance in Torino. 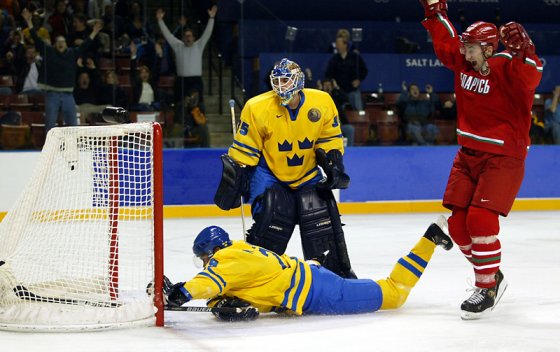 Tommy Salo worked pretty damn hard to represent his country in the Olympic games, manning the net for Sweden in the 2002 games in Salt Lake City. He was a pretty solid goalie, too, playing for the Islanders, the Oilers, and the Avalanche. And then this happened, and the rest is history: 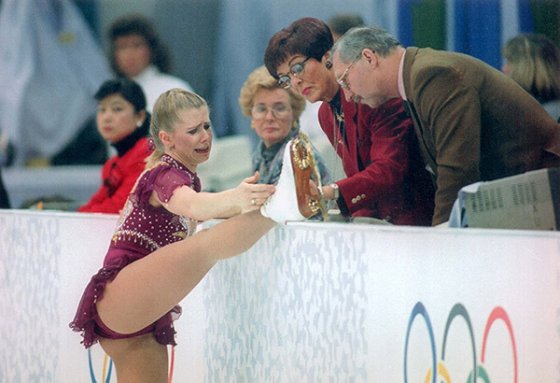 Ah, Tonya Harding. As far as falls from grace go, she’s got to top the list. Not that she ever really had grace, but there was a time when she was a well respected figure skater and gold medal hopeful. And then came the Nancy Kerrigan incident. And the terrifying sex tape. And the celebrity boxing.

But as far as Olympic embarrassments and completely uninspiring moments go, we’re just not sure anything tops one of the most famous cheaters of all time breaking down in tears when she broke a shoelace.

If only we’d had a split screen with Nancy Kerrigan laughing maniacally.