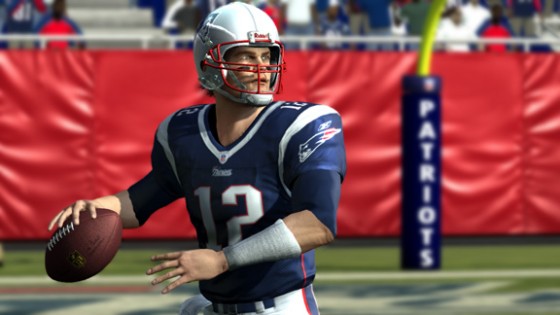 It’s in the game…

The latest edition of the greatest sporting event in the history of modern man is soon to hit shelves. Madden 2011 is scheduled to drop in one month and the blogosphere has already exploded with rumors, leaks, and masturbation-worthy insights for couch geeks across the globe… including these five points of intrigue we want to share with all of our loved ones (even if they are of little-to-no use to society, now or in the future). 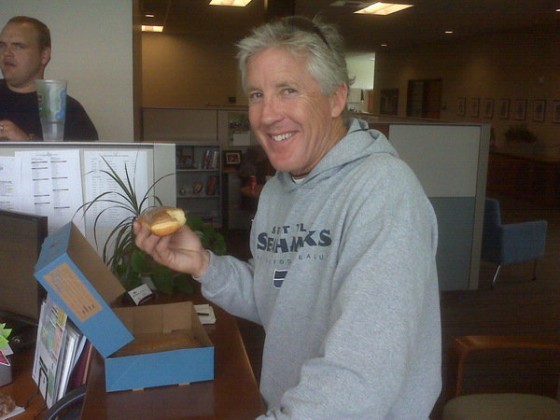 I stole this picture from Spencer Hall out of respect & admiration...

The Mastermind thought he dodged a bullet in bounding to the great white north to avoid the pain and hassle of extremely-damaging violations at Southern Cal, but as Pete Carroll is learning, you can’t escape the wrath of Madden.

The Seattle Seahawks are among the teams recently leaked to the industry, in a campaign to hype Madden Rankings and, as Andrew Auger from The 12th Man Rising notes, there isn’t a single man on the Chickens roster with a single-stat rating of 90 or better. To the common man, that means the Seahawks don’t have a player with one singular skill worthy of rank among the NFL’s best.

Run and enjoy donuts to heart’s delight Mr. Carroll, but Madden has deemed your team a fraud and a blight to the professional football community. ‘Tis better to be a man of wealth and failure in the NFL than a broke man of questionable character at the second level. 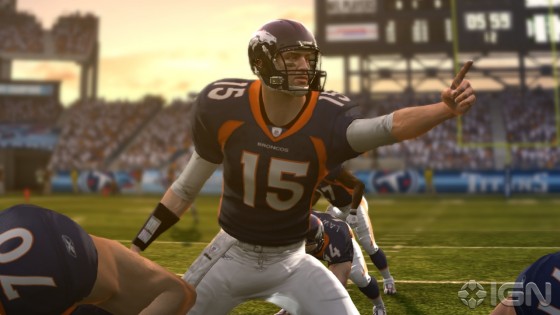 While the “leak” of eight-teams worth of player ratings brought various slants of coverage for the hype of Madden 11, the wise and sage Matthew J. Darnell (more commonly known as The Mighty MJD to the sports blog universe) turned focus to the man already proven as the face of the 2010 NFL community, seeking insights on Tim Tebow, the highly-debated rookie of questionable talent and unquestionable morals, serving as the arm of the future in Denver.

The Yahoo offering reports Tebow has been blessed by the hand of Madden, served with optimistic ratings rarely seen by rookie quarterbacks fighting for depth-chart position. He earns a 79 in speed, 86 in carrying, 90 in acceleration (not Mike Vick-like but MUCH closer than most QBs we’ve seen), 62 in catching (yes, you can move him to tight end if you choose), 74 in throwing accuracy (matching most of the complaints found in reality-based scouting reports), and the one mark likely to draw the most ire, an 88 in throwing power.

Like MJD, we stand in awe of the Madden ratings for toughness. In this category Tebow earns a rank of 98. According to the Shutdown Corner only four players match that score among the eight teams leaked: quarterback Philip Rivers, guard Logan Mankins, center Nick Mangold, and receiver Wes Welker.

We also applaud MJD’s observation of inherent racism, noting those five players plus three more at 97 are all white. It’s not that white people are tough Matty… the others are just lazy.

(Does that say more about Madden, EA Sports, or… I don’t know.) 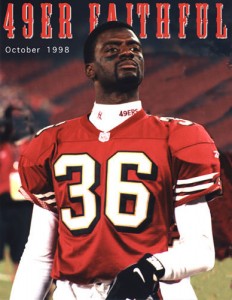 The Greatest Advantage... Ever.

So… I made this one up. I fail to understand WHY this hasn’t been addressed, but I’ll ask you to judge for yourself. If you could, with a few simple rhythmic taps of the buttons pressed in a particular order, give all of the players on your team a neck like Hanks, wouldn’t you do it? At the very least you want your receivers and backfielders to have the option… probably not the center and guards, but maybe the tight end… if he’s a guy like Dallas Clark or Heath Miller, a neck like that could be of immeasurable benefit.

2. Introducing Madden’s new Swagger Ratings… brought to you by a man on a horse. 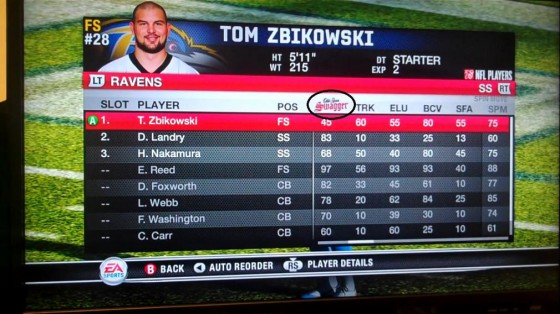 … and I wonder (a) why it took the folks at EA Sports so long to pull creative sponsorship dollars via this method, (b) why the folks at EA Sports wanted to share numbers on Tom Zbikowski (I’d like to think it’s another window into their racist souls… more likely they were just flipping through the defense or they felt everything should be tied to nationality during the World Cup), and (c) if Good or any of us will find any trouble from the Madden Jinx for the screenshot… or maybe the Gawker Jinx, like Jason Chen suffered for buying an allegedly-stolen iPhone prototype and blogging about it for Gizmodo.

That’s what we in the business call a lead-in…

1. The Madden Jinx now is an ecological terrorist & the most powerful ally of British Petroleum.

In this, the only investigative headline attached to the pending release, the hard-working folks at The Sport Pickle have uncovered the most disturbing and detrimental effect the Madden series has unleashed on humanity to date. Dave Saraiva has the story…

Brees was named Madden cover boy on April 22. On the very same day, CNN reported that oil was leaking from an underwater rig that was damaged by an explosion two days earlier.

“I didn’t even get to enjoy being the cover boy for a day before the jinx hit,” Brees said. “I’m literally sitting there on my couch admiring the thing for the first time when breaking news hits CNN that there is a massive amount of oil leaking out of a damaged rig in – you guessed it – the Gulf of Mexico, right off the coast of – you guessed it – Louisiana, which is the state where – you guessed it – New Orleans is. I just hope they don’t put me on the cover of Sports Illustrated this year. I don’t want a sink hole to swallow the French Quarter.”

The SP post fails to report on rumors (rumors we’re now creating, planting, and hoping to cultivate ourselves) suggesting the Madden Jinx is not only a singular and reality-based entity, but that it has secretly worked with the board of directors at British Petroleum to create a diversion campaign relieving public pressure from the oil giant, thus translating that venom and hatred into perpetual havoc and chaos leading to the release of Madden 2011.

Swarms of Madden enthusiasts everywhere will be met with violence launched via massive protests from ecological nutbags protesting BP and the Gulf Oil Spill at Best Buys and Gamestops across the world. The streets will run red with blood in the most brutal ecoterrorist-versus-video-game-nerd massacre documented since the time your sister split your head open for restarting your tandem came of Contra because you could key in the endless ammo cheat correctly.

Pre-order online. Stay in your homes. You have been warned. There’s a promotion from the Walmart Gamecenter I’m happy to point out to save you some money.  Right now when you pre-order Madden 11 on the PS3, XBox 360, or Nintendo Wii you will get a Bonus $20 gift card when you buy through Gamecenter.