Media > Music > Five of the Worst Christmas Songs Ever

Five of the Worst Christmas Songs Ever 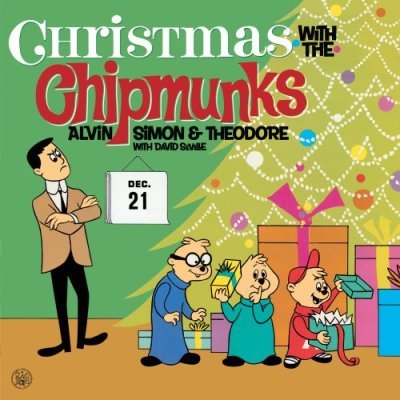 Ah, Christmas. A time where people set aside their differences and go out to buy Chia Pets for relatives they can’t stand to be in the same room with. While these acts of good will are happening, radio stations everywhere are dusting off their old Mannheim Steamroller albums while blasting Paul McCartney’s “Wonderful Christmastime” for the trillionth time. Yes, it’s the magical time of year where we are filled with joy, wonder, and a desire to remove our eardrums with a corkscrew if we hear “Rudolph the Red-Nosed Reindeer” one more time while stuck in traffic.

Alright, we admit that Christmas tunes aren’t the worst thing to happen to music (that would be the entire “crunkcore” genre) and that there are a few gems we enjoy hearing, but there are some Christmas songs that need to be sent to the bowels of music hell faster than you can say “Jingle Bell Rock.” Our friends at Masters of None took on this topic recently in their podcast, “Worst Christmas Songs of All Time“, but now its our turn…

Honorable Mention: The Fox and Rice Experience “Illegals in My Yard”

While this song is awful to an alarming degree, it isn’t included in the list since the only people who’ve heard it are the people who read Human Events (a Conservative magazine/website), enjoy their Christmas tunes laced with racism against Mexicans, and resemble the “they took our jobs!” rednecks from South Park.

To add insult to injury, the song itself is set to the melody of “Feliz Navidad.” Here are some of the actual lyrics:

Sixteen arrive in a stolen car.

They’re going to have anchor babies this Christmas.

Those illegals in my yard.

They’re going to bring me lots of bed bugs this Christmas.

Those illegals in my yard.

Look, we’re not going to pick a side on the immigration debate, but it doesn’t really help your argument when you’ve written a song filled with Mexican stereotypes (including carrying the bubonic plague, something we weren’t aware was a stereotype).

For those of you who don’t spend far too much time on the internet, Fred Figglehorn is a character played by Lucas Cruikshank, a 16 year-old who discovered that speeding up your voice, making faces, and being annoying as fuck will get you rich quicker than developing actual comedic talent. He is one of the most subscribed users on Youtube, and has a movie (as in a thing that is shown in a movie theater and you pay money to see) that is apparently being made, and is a real thing and not some sort of hallucination.

While we can go on about how Fred has the voice a squirrel being tortured with a hot poker and like the aforementioned squirrel needs to be put out its misery for humane reasons, we must move on to the analysis of the first of several Christmas songs by Fred, “Christmas Cash.” The song is built like a parody of bad pop songs, but will still drill into your skull like The Cerebral Bore from Turok 2 and drive you insane. The video is filled to the brim with digital effects, was likely filmed in front of a green screen, and is so tacky it makes Spencer’s Gifts stores look like art galleries.

But the horrendous aspects of the song are outweighed by the message: don’t buy Fred any gifts and just give him cash. While we have no qualms with getting money as a gift when our relatives can’t decide whether to give us a DVD we already have or a videogame we already have, we are not Fred. Fred, or rather Lucas, makes over $100,000 a year. Please keep in mind that firefighters pull roughly $50,000 annually, and police officers get $70,000 per year.

Eat all the dicks, Fred. Go buy everyone else gifts.

Have a Funky Funky Christmas
New Kids on the Block

The late/great Bill Hicks once said, “if you play New Kids on the Block albums backwards…they sound better.” However, after seconds of analysis and debate, we’ve found that they sound even better when not played at all.

The song kicks off with one of Santa’s elf whining that Christmas is boring and repetitive, to which Santa decides to “have a funky Christmas.” We’re not sure what qualifies as a “funky Christmas,” but we imagine that it involves Rick James and some of his bitchin’ homemade eggnog.

Sadly, Santa makes a grave mistake when deciding to hire New Kids on the Block to bring the dope wackness, as they’re a band of young boys so white and family-friendly they make the Jonas Brothers look like the Wu-Tang Clan.

The New Kids drop rhymes describing how you need to “turn the fireplace down” so Santa won’t wind up with third-degree burns on his chestnuts (they didn’t say it exactly like that, but you get the idea) and that they’ll be partying throughout town. However, given that they never explicitly state what makes this Christmas funky, we’re pretty sure that a “funky funky Christmas” with the New Kids involves footie pajamas, an episode of Veggie Tales, and a glass of warm milk.

We leave you with the final lyrics of the song sung by a delirious Santa and his gangsta elf:

SC: Ho, ho, ho, this is the MC Santa Claus and my elf, little Joe

SC: We gonna kick the ballistics of our Christmas wishes.

We can only assume that Santa then set off some fireworks that scared off all reindeer, ruining Christmas. Thanks a lot, New Kids.

Oh Goody! Billy Corgan is singing about Christmas! Maybe it’ll be about how people supposedly kill themselves more frequently around the holiday season, or about the greed and consumerism of modern America, or perhaps…

We watch the children playing

Beside the Christmas tree

Presents are wrapped up, it’s beautiful

And secretly the gifts you’ll hide

The fun awaits for you inside

There’ll be toys for everyone

‘Cause Christmastime has come for you

…something sounding completely different? Lyrically, this sounds nothing like a typical Corgan song, which are usually about being just a rat in cage (despite all his rage). Why did we single out Corgan? As far as we can tell, this is Billy Corgan singing an original song over a 45-piece string ensemble arranged by Arif Mardin.

We need to point out two things before going any further:

-This is a real thing and not a joke. This song comes from the album A Very Special Christmas 3.

-The Smashing Pumpkins are credited as a group, but aside from Corgan, there is no evidence that the other bandmates were involved with the actual music part. Or at least, none that can be heard over the orchestra.

So in the end, we have a generic Christmas song being sung by Billy Corgan. If you can’t imagine why this is retarded, picture Kurt Cobain singing “Frosty the Snowman,” or Chris Cornell screeching “Dominick the Donkey.” It’s kind of hilarious, but to actually listen to several minutes of a respected musician singing something that they would never normally go near is just confusing. It doesn’t help that when Corgan is outside of his grunge setting, he sounds less like the angsty voice of teenagers from the 90’s and more like a child molester.

Since the only way to have avoided hearing this song a million times is to have gone deaf before the second half the 90’s, we’re not even going to explain why the original song is horrific on its own.*

Imagine “Macarena”: the electronic beat, those old guys singing gibberish in between “HEEEEEYY MACARENA!” and the sassy girl that does the singing in english.  Now imagine that, only with a bunch of girls singing poor renditions of classic Christmas songs at various intervals of the original song instead of the sassy girl.

There, we saved you the trouble of listening to the song.

That wasn’t a joke, mind you; songs like “Joy to the World” and “Rudolph the Red-Nosed Reindeer” are awkwardly shoved into the song, bells and everything. Here’s a tip: when the song you’ve recorded is annoying as that co-worker who finds Garfield hysterical and thinks you’ve “got a case of the Mondays,” adding Christmas songs to it is just giving us more reasons to come to work with a loaded gun.**

*If you are one of the rare people who went deaf before 1995, why are you reading an article on how terrible certain songs sound?

**While we’re on the subject of work: Phil, if you’re reading this we’re going to need new covers for those TPS reports by tonight. Thanks.

If you’ve ever heard this song, then you knew this was going to be #1 on this list.

Hands down the most depressing Christmas song, and ranked by the Guardian as the most depressing song ever, “Shoes” is based off an internet story that got passed around on the internet and was put in song format by a Christian rock band. In short, it’s an unbearable tune, and while we’d like to write a peer-reviewed assessment on how the song needs to be banished to some sort of Lovecraftian hell, we’re just going to say that it sucks balls. Patton Oswalt, back us up.

The story starts off innocent enough: a grumpy guy is waiting in line buying last-minute gifts, and he’s kind of tweaked about it. Understandable. There’s a kid in front of him, he’s “dirty from head to toe,” anxious, and holding a pair of shoes. He goes up the cashier, and the chorus kicks in

It starts off nice…

Sir, I want to buy these shoes for my Mama, please

It’s Christmas Eve and these shoes are just her size

…But then it takes a hard left turn off of “Cheesy Tunes Avenue” and heads down to “Oh You Cannot Be Serious Lane.”

Could you hurry, sir, Daddy says there’s not much time

Why is there not enough…oh no.

You see she’s been sick for quite a while

And I know these shoes would make her smile

Long story short, the kid is short by a few cents and our Grinchy narrator decides to not be an insufferable prick and give the kid some money. The song’s bridge then raises one of the most insane concepts of God in the history of Christmas songs:

I knew I’d caught a glimpse of heaven’s love

As he thanked me and ran out

I knew that God had sent that little boy

To remind me just what Christmas is all about

Yes, Christmas is all about giving a few cents to someone with a terminally ill mom. Note that the narrator doesn’t even help the kid get back home, offer to help his mom, or do anything fucking useful. That’s the Christmas spirit.

Switching gears for a moment, Conservatives keep saying that Liberals want to take religion and God out of Christmas. Maybe that’s because God is apparently a sadistic douchebag who kills parents so their kids can teach some grumpy guy in line the meaning of Christmas.

What’s worse is that since this is a Christmas song, we’re going to hear it every single year. If you need us, we’ll be asking Santa for a noose. If you crave more awful Christmas Songs, check out the Masters of None podcast, “Worst Christmas Songs of All Time.”