Five People Who Will Ruin the Final Four for You 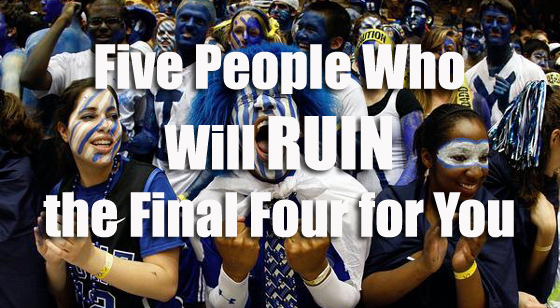 For American sports fans, it doesn’t get much better than March Madness. Even if you’re only a casual fan of college hoops, you can get wrapped up in the Cinderella stories and buzzer beaters and tournament pools and just have one hell of a good time watching teams you otherwise wouldn’t give to craps about. But not even March Madness and the Final Four can be perfect, and these people are out to prove it. These are the people who will ruin the Final Four for you.

The elitist can come in two forms: the guy whose team is a traditional power, and the guy whose team is an academic power. Occasionally, these two worlds collide and you’re left with a team like Duke. Ah, the Dukies – the New York Yankees of college basketball. You either love Duke or you hate Duke, and there is absolutely no in between. Thank god they’re not still alive, because we’re in the group that hates them. And the elitist? Well, he’s loving every minute of your hate, because clearly, you’re just jealous. 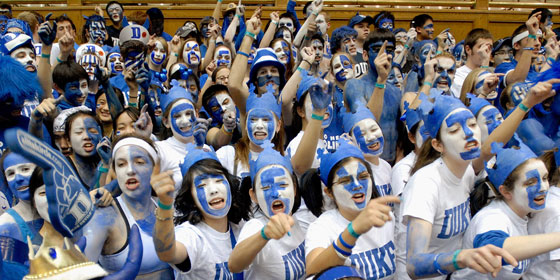 Isn’t there a rule about how nerds should be beaten up? There should be.

And even if the elitist isn’t a fan of a school like Duke and instead went to, say, Harvard, he’ll be rooting for his team until they get knocked out and then drop little bombs like, “well I guess that’s what happens when a school actually cares about academics.”

This year we’ve probably got an awful lot of bandwagon jumpers. Why? Wichita State. Thanks to the improbable run by this little school from Kansas, chances are you’ve met people who are suddenly supporting the Shockers despite not being able to name a single player on the team. It’s a little understandable to root for such a Cinderella story, because it’s just plain compelling. 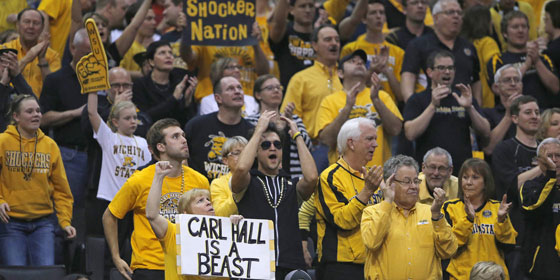 “What the hell is a Shocker?”

However, bandwagon jumpers aren’t just relegated to the small schools like Wichita State. You’ve also got schools like Syracuse and Louisville this year, and people actually saying they’re rooting for Louisville because they “know that they’re usually pretty good.” On the long list of acceptable reasons to root for a particular team, that ranks down near the bottom, just above “I like that they have all of those white fellows.”

The trash talker is often a little bit of a hybrid of the elitist and the bandwagon jumper. Usually, his team isn’t actually alive in the tournament, so he will latch onto another team, typically one that’s playing against your team, just to spite you. In short, he’s an asshole. 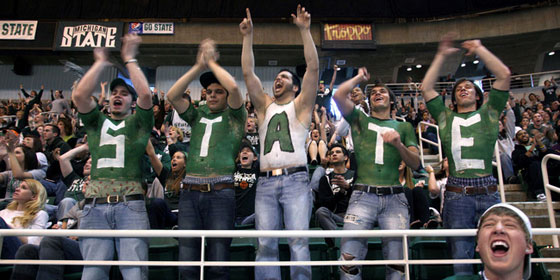 “yeah, that’s right, suck on that while I live vicariously through vastly superior athletes!”

No matter what the situation, whether or not he knows James Southerland from Donald Sutherland, he’ll still overreact to every single bucket that Syracuse scores and get in your face about simple plays like a breakaway layup three minutes into the game or a traveling violation by one of your team’s players. He has absolutely nothing invested in the game in most cases, but when he does it only gets worse. If Syracuse comes up with a loose ball, he jumps up and down like an idiot and hollers at you about “that’s how it’s done.” And then you promptly punch him in the junk, and casually let him know that, no, that is the way it’s done.

Now while the trash talker, the bandwagon jumper and the elitist are all pretty much certain that their team will win no matter what the situation – down 40 with two minutes, facing about a dozen recruiting violations, or what have you – the pessimist is the exact opposite. This is the guy who lives and dies with every single play, emphasis strongly on “dies.” 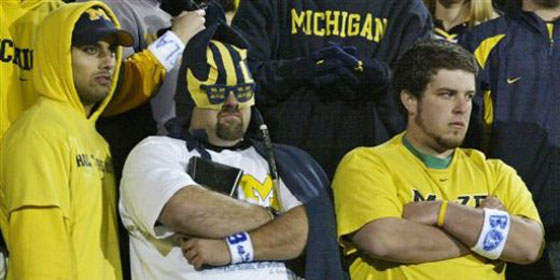 A foul goes against his team? The refs have it in for his team. His team falls behind by six points with 10 minutes to go? Oh, they’re screwed. The pessimist is also known as “Mr. Doom and Gloom” and is the one guy who would find the one negative in a scenario in which Natalie Portman shows up at his door naked with a giant bag of cash in hand. If you plan on having a buzz during the Final Four, don’t invite the pessimist to the party, because that thing will get killed in about 0.2 seconds.

First of all, if you’re planning on having a little gathering for the Final Four, you should know not to invite people who know less about basketball than nerds know about vaginas. It’s just not a very smart decision. The clueless guy is the same guy in your office pool who filled out his tournament sheet on a whim because he wanted to fit in, and either picked all chalk or decided to have Bucknell square off against Creighton in the national title because he just doesn’t know any better.

He’s the guy who keeps asking what conference Louisville is in, or if you think that Gonzaga is going to win it all this weekend (despite the pesky little fact that they got knocked out in the second round). 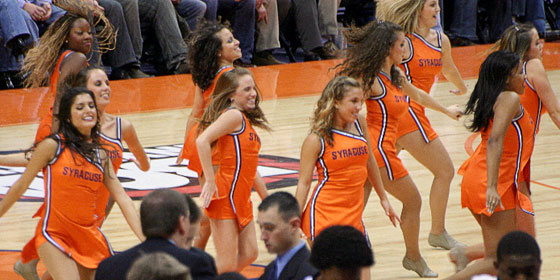 The bottom line is that when Final Four weekend rolls around, you should make sure to surround yourself with knowledgeable basketball fans. Which, ironically, makes you a bit of an elitist yourself. Man, you’re such an asshole.