Grub > Food > Five Peppers That Will Disintegrate Your Soul

Five Peppers That Will Disintegrate Your Soul 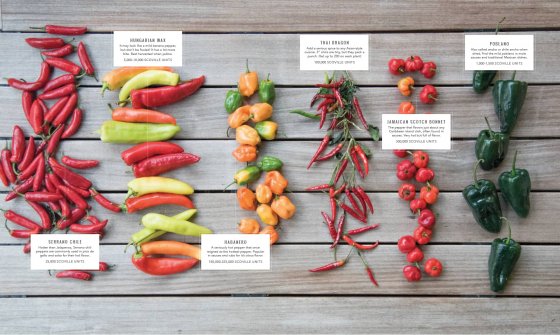 We here at Gunaxin are manly men, with manly pursuits and man-sized pain tolerance. We don’t even cry (that much) when we stub a toe on an end table in the middle of the night. Everyone who knows anything about being a man knows that you will eventually have a handful of your asshole friends with you at some place that serves “the hottest goddamn chicken wing on the planet”. And thanks to said asshole friends and liberal amounts of overpriced draft beer, you’ll be the guy who gets talked into the challenge.

With that in mind, no matter how hot your wings are, no matter how high your pain tolerance, we’ve compiled a list of five of the hottest peppers on the planet. Each one is ranked by its Scoville Heat Index number. The Scoville heat index ranks the potency of hot peppers on a scale of mild to “holy flaming Jesus on a surfboard!”.  We’ve included Country of Origin and heat ranks for you, so you can absolutely avoid these bastards at all costs.

Probably the mildest pepper in our list, the Yellow Bhut Jolokia will still turn your rectum into an inferno unmatched by any other pain you've ever experienced. Remember, if it goes IN your body, it absolutely has to come OUT as well. We'd suggest keeping a fire extinguisher handy and 911 on speed dial, just in case.

A pepper so goddamned hot that it wavers between merely making you beg for the sweet, sweet release of death and turning you into Ghost Rider himself. You will be pissing flames if you manage to get more than one of these down.

This pepper comes to us from Trinidad where apparently evil wizards and Spanish Inquisitors met to breed this ball blazing pepper. To put into perspective how hot this pepper is, your average Jalapeno is a mere 2,500 to 8,000. So yeah, at a minimum 100 times hotter than that, your esophagus will be rendered into useless ribbons of fiery death.

Another demon spawned dingleberry directly from Satan's anus, this pepper takes on the appearance of the brain creatures that populate many popular kids' cartoons today. Stay the hell away from this if you value your digestive tract. To us, it looks exactly how your ass is going to feel when it passes through your system.

This pepper is hotter than anyone could possibly be drunk or stupid enough to consume. Created in a lab by Ed Currie in Rock Hill, South Carolina, the HP22B has a name that reminds us of the detonator Marvin the Martian was going to use to blow up the Earth. (That's a Q-36 Explosive Space Modulator, so you don't have to open a new tab, you're welcome.)

The Scoville Heat Index tops out at two million units, and while there are always anomalies in plants and the fruits they produce, it’s incredibly difficult to consistently breed and grow a pepper that will reach that highest mark.  While there have been peppers rated higher by other evaluators, reaching over one million is insanely hot and should be more than enough to satisfy even the toughest pepper lover out there. 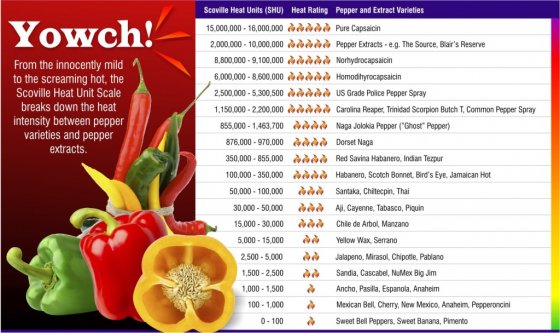 Although there is always debate about the rankings and ratings of peppers among Pepper Heads, the fact remains that any one of these five peppers will absolutely grab your attention and melt your internal organs. Don’t say you weren’t warned.