While the big story in the NBA right now is the rematch of the 2006 NBA Finals, the Miami Heat vs. the Dallas Mavericks, the draft is approaching quickly with less than three weeks until David Stern is live from Newark.

Kyrie Irving is the front runner for the number one overall pick, which is once again in the hands of the Cleveland Cavaliers. This year’s draft isn’t as deep as years past, but the intrigue factor is still ever-present in guys who may not be regarded as sure-fire picks.

Here are five guys that may not go in the lottery, but will make a big impact on the team that selects him. All projections come from ESPN’s Chad Ford. 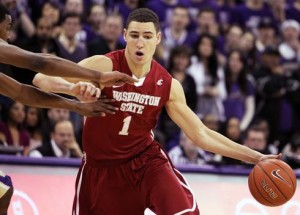 Thompson was the most dynamic combination of shooting and scoring in college basketball this past season not named Jimmer Fredette. Son of former number one overall pick Mychal Thompson, Klay has the size and smarts to continue dominating offensively in the NBA. Playing for Washington State has hurt his reputation, but he has all the qualities of a future NBA star. 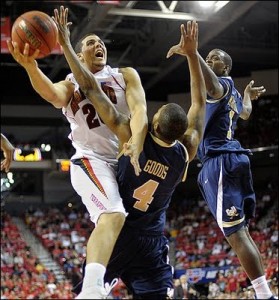 Very few in the NBA can say they have the “skill” of rebounding. Most guys are either tall or athletic enough to make due on the boards, but those who have technique can make a living in the NBA for a long time. Jordan Williams is similar to Kevin Love in terms of rebounding style. Both are very quick to find position and block out their defenders, although Love is slightly taller and has more range offensively. Williams won’t be a 20-10 guy in the NBA, but a fixture as an annual double digit rebounder is what will solidify him in the league. 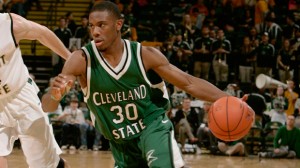 Cole posted the most absurd stat line of the season when he finished with 40 points, 20 rebounds and 9 assists in a game. Did I mention he’s a 6’2″ point guard? Hailing from the Horizon League, aka Butler’s whipping boy, doesn’t help is stock but the explosiveness and wit is undeniably there every time he touches the basketball. With a draft this wide open I would hope a team decides to take a chance on the mid-major phenomenon. 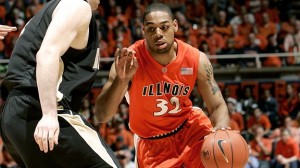 It would be hard to find an upperclassman more heavily criticized than McCamey, but the criticism doesn’t come without reason. McCamey is an NBA-ready point guard, and despite poor decision making at times he has great court vision. Shot selection was another problem, but that was in college, when point guards are forced to put up shots more often than they would like. He needs to work on his lateral speed and quickness, but the instinct and skill is undoubtedly there. 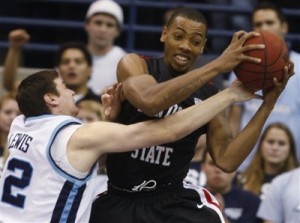 Kawhi Leonard attracts most of the attention on the Aztecs, and rightfully so, but the team’s opposite big man has immense potential as well. He has debatably solid size at 6’9″, 223, but a wingspan of 7’1″ really catches the eye of onlooking scouts. Thomas’ defensive savvy should translate to the NBA over time, as his lateral quickness and athleticism will set him up to succeed in the NBA.