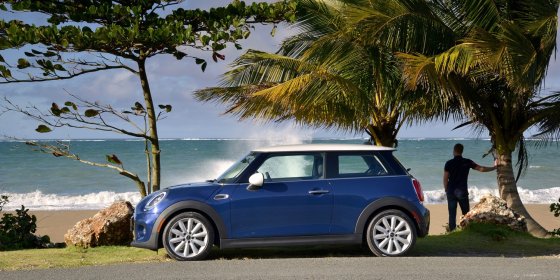 They’re small and often described as “cute” by onlookers. The Mini Cooper brand of automobiles is immediately recognizable on the road due to its characteristics. Despite being a widely popular brand, “cute” is a word most men avoid when buying a car.

We’re here to change that way of thinking. It could be its unparalleled flexibility to tune and upgrade to performance Mini Cooper parts, the reliability of its manual transmission and stick, its unique and iconic style, or even that more than one fictional bad-ass drove one on screen, there are many reasons that make it cool for a dude to drive a Mini Cooper: 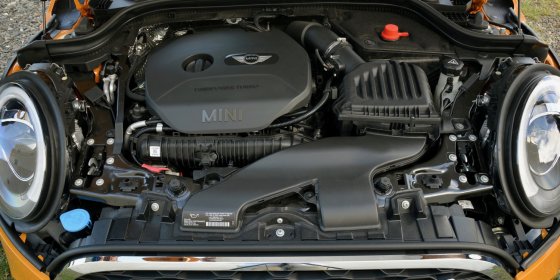 With factory fresh Mini Cooper prices starting at $20,000, we won’t pretend they’re cheap. However, when compared to the higher costs associated with maintaining other customizable performance vehicles in their class, such as the Volkswagen GTI, the Mini gives dudes a chance to own and drive a performance engine without breaking the bank. This is especially the case for those able to get their hands on a pre-owned model because aftermarket performance Mini Cooper parts are relatively easy to find so you can keep a Mini running at top performance for years both easily AND affordably. This also gives guys a chance to get under the hood themselves, perform their own DIY maintenance and upgrade whatever Mini Cooper parts that suit their style and preferences. 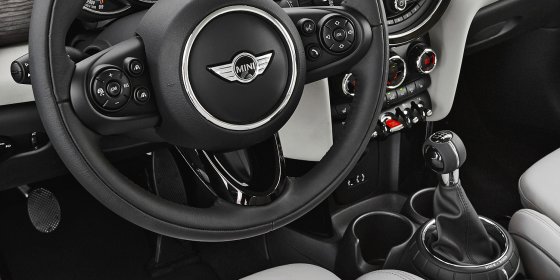 Drivers who prefer stick shifts to automatics are a dying breed. As a result, manual transmission parts are no longer the standard when it comes to automobiles destined for the United States. For men with a die-hard love for shifting gears, you know it’s no easy task finding a newer model car equipped with a so-called “standard” transmission.

Mini Coopers are a welcome exception to this imbalance. Walking onto the lot of a Mini dealership, one will find a large number of stick shifts. There is no need to settle for an ugly or lame color just to get the preferred standard transmission. 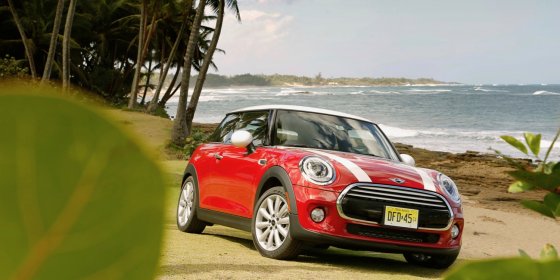 If the topic is cool cars, one of the dividing lines is usually the difference between rugged and sporty. Simply put, the former lends itself to all-wheel-drive for better traction and off-road adventures, while the latter usually means rear-wheel-drive for faster acceleration and more even weight distribution. One major downside of rear wheel drive is a vehicle will fishtail a lot easier in anything other than dry weather.

Mini Cooper’s Clubman, Countryman and Paceman all have optional all-wheel-drive transmission parts and drivetrain. This gives drivers the ability to successfully traverse dirt trails and snowy roads on Saturday and be back in the city zipping through traffic on Monday. 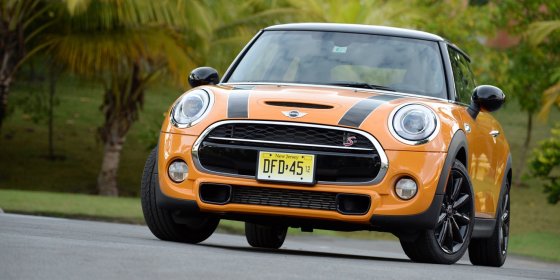 Look outside at a busy street and watch the cars go by for a few minutes. It’ll be unlikely to see more than a few cars of any color besides some shade of gray, black, or white.

Again, Mini Cooper’s body style design lives outside the box. Take a random Mini off the street and it’s likely painted a beautiful shade of green, blue, yellow, orange or red. Oftentimes, the paint job includes a racing stripe or two that contrast brilliantly against the primary color. 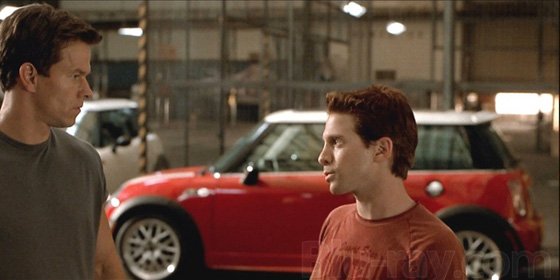 Most men like to think the “no man is an island” maxim doesn’t apply to them, but let’s be honest, we’re all vulnerable to being persuaded by pop culture to think certain things are cool. Automobiles are no exception.

What do Matt Damon and Mark Wahlberg have in common? They both drove Mini Coopers in action movies and pushed these little bad boys to their limits. The car chase scene in The Bourne Identity featuring a beat up older Mini Cooper stands out as one of the greatest ever depicted on film.

Sure, they can be cute and adorable, but Mini Coopers are also cool, edgy and pack a punch. Not to mention with the plethora of aftermarket and genuine Mini Cooper parts available, you can feasibly upgrade whatever you want and customize your Mini to fit your own personality. So what’s wrong with a dude driving a Mini?