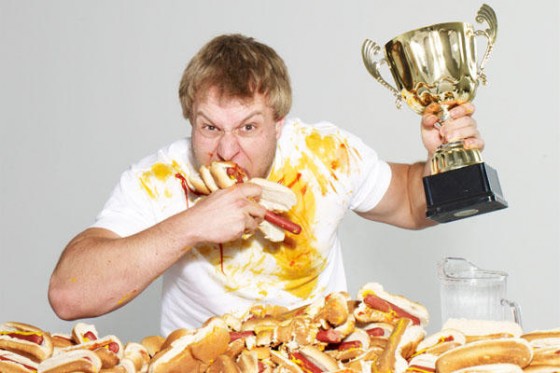 Pete Czerwinski, better known by his “superhero” name Furious Pete (Twitter), is a beast of nature… LITERALLY. Born in Canada 28 years ago, Pete is a competitive eater and an amateur bodybuilder. Despite his ability to eat fast like a cheetah portions of food that only a hippo can eat, Pete is 6’2 tall and 230 lbs of mostly muscle. Another reason we love to hate this guy: with all he eats, he has a great body. What more can he ask from life? 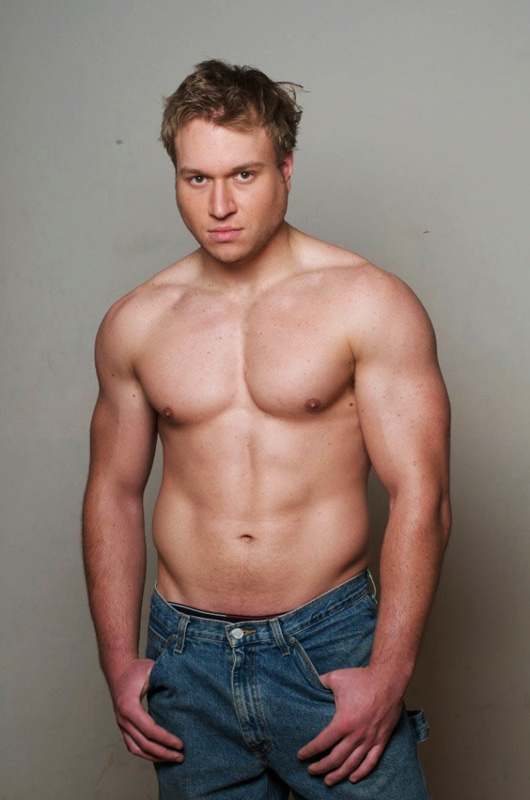 The only topless guy photo we ever plan to post on this site. 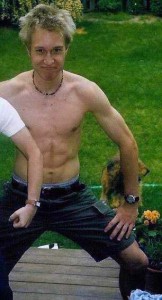 Of course Pete doesn’t eat like that every day or he would be obese for sure. His daily diet comprises five to six balanced meals and he exercises daily. His story however gets more and more interesting as you learn more about him. Pete was not born with any special superpowers, conversely he was an anorexic teen who had to fight for his life.

He fought a tough battle with anorexia with his only tool being bodybuilding according to his claims, and while he came out victorious with an improved immune system, he also heired a significantly slower digestion rate than your average person. His story truly reminds us of a superhero comic story where the hero has to go through an accident and hell before he becomes the “boss” Pete nowadays is. 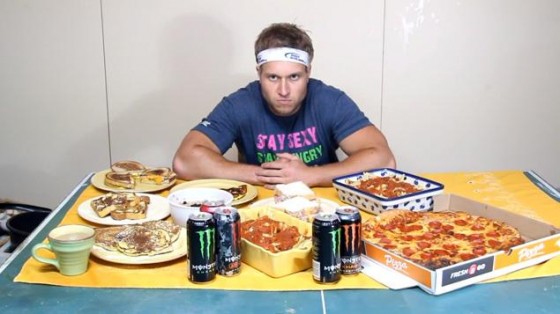 As for his achievements? How about six Guinness World Records in eating? He also has numerous world and national titles in eating competitions. He even has burgers and pizzas named after him due to the time records he set eating them. If you however are still not convinced with all you read, we have five videos for you to see with your own eyes, why Furious Pete is a beast of nature:

5. Furious Pete vs. The XXL Burger