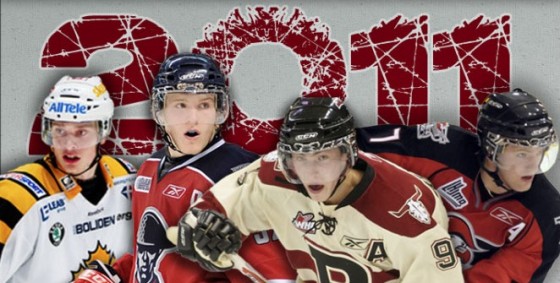 Tonight’s NHL Draft in Minneapolis promises to be one of the most exciting and deep drafts in recent memory. For some reason however, many NHL/sports fans don’t bother to watch the event or think that it’s the little sister of the NBA/NFL drafts. I’m here to convince you otherwise, with five reasons to watch the 2011 NHL Draft:

Okay, this might not be the most convincing reason to watch the NHL Draft, but what else are you going to do tonight? You could either troll the bars attempting to pick up the ladies (or fellas, if you’re a female hockey fan) and party with the same old friends or watch NHL teams pick their future stars. The one difference between the NHL Draft and those other things, the NHL Draft won’t leave you with a hang over or a sense of shame.

With the NFL draft, most of the player names are easy to pronounce and take no skill to figure out. However, the NHL is a different cat with many of the players being drafted from overseas, specifically from hockey hot-beds like Sweden, Russia, and and the Czech Republic. So, unless you want to look like a fool during the offseason, you should at least learn to pronounce the name of the players that your team drafted. 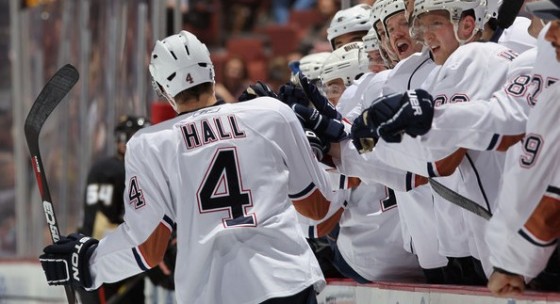 Gone are the days of Messier and Gretzky as the Edmonton Oilers finished with the worst record in the league for the second straight season and the team will look to add another player to help out wunderkind Taylor Hall with the first overall pick. Who will they go with? The consensus pick in Ryan Nugent-Hopkins or will they go for Gabriel Landeskog, the more NHL ready player? This draft could change the future of the Oilers and if you watch, you could say that you saw it happen.

For the first time since 1996, there will be a hockey team playing in Winnipeg, Canada and this will be the first draft selection for the franchise. The team formerly known as the Atlanta Thrashers will be looking to make a mark with this pick on the defensive side of the puck by either taking Ryan Murphy or Dougie Hamilton. Also they could go in a completely different direction and go after Sven Baertschi, the offensive wonder in the WHL. At least for Winnipeg fans, there’ll be a reason to watch the draft for the first time in fifteen years.

Let’s be honest, it’s going to be another few months till actual NHL hockey starts up again and you are going to cling to ever scrap of hockey that is out there. From the playing on the pond or rink with your friends to re-watching the Stanley Cup Finals and subsequent riots in Vancouver for the umpteenth time, you’re going to want something to latch onto and the draft is there to provide your hockey fix for two straight days. So instead of mocking the individuals watching the NHL draft, embrace it and it will at least give you sweet reminders that hockey dreams are only a few months away.