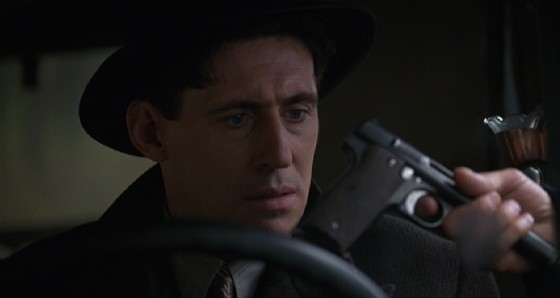 Bold claim, you say? Of course it is. And, as with any such claim, there will be a wide range of reactions ranging from vehement disagreement, to reluctant concurrence, to “I wonder what’s happening on the live streaming midget-tossing site I used to visit?” The fact of the matter is, whenever positing such a theory, one must not only be certain of the content within the referenced material, they must also be cognizant of the alternate choices that may rival said source in supporting or disproving the theory in question. In other words, you can take your True Grit and your The Outlaw Josey Wales and sprinkle them with all the Bonds and Die Hards, place them on a doily beside your Fight Club half-caf soy latte and watch Miller’s Crossing eat them all for breakfast, cuz they all look like Some Kind of Wonderful compared to the Coen Brothers’ seminal gangster masterpiece. 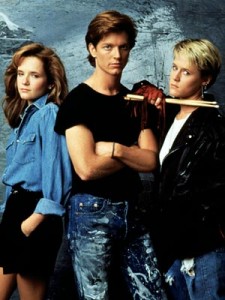 At this point, you might say (why are you talking so much?) that you haven’t even heard of (ludicrous) or seen (if you’ve heard of it, how could you not watch it?) Miller’s Crossing.  This egregious oversight may not be your fault: maybe your parents did a poor job of raising you. Maybe your best friend doesn’t have your back when it comes to discussing/recommending quality films (you can’t choose your parents, but you can definitely upgrade in the friend department. Doesn’t that guy owe you like thirty bucks too?). Regardless, (that same asshole friend says “irregardless,” doesn’t he? Lose him) redemption is possible: Go rent/buy/download Miller’s Crossing RIGHT NOW and come back when you’re ready to proceed (if you’re still reading, that means you’re not doing what I said, dick). Everyone else, let’s move on.

Now then, here’s why I’m right:

Almost everyone in Miller’s Crossing wears a hat. Why is this manly, you ask? Because, you smug prick, your hat in this movie represents your penis (my theory), and the only time someone isn’t wearing their hat in the film is when they’ve been emasculated in some way (i.e. getting shit-kicked), or they’ve been indoors for a long period of time, which they hate because then they’re not wearing their hats. 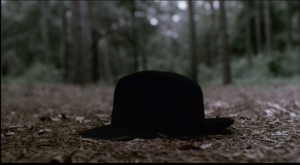 The story’s protagonist, Tom Regan (played brilliantly by Gabriel Byrne), has a very close relationship with his hat (don’t we all?), which is displayed very prominently in the foreboding opening credits. The movie resumes with Tom’s hunt for his hat, which he has lost in a card game to a woman (sound familiar?). The rest of the movie follows Tom (side note: check out how many times someone says, “Jesus, Tom!” throughout the film*) as he tries to keep his hat on/penis attached whilst negotiating the dangers of the mob underworld.

Hats being so dominant in this story, it is not surprising that one of the only people you’ll never see wearing a hat in the entire movie is the film’s lone female character, Verna. Which brings us to our next reason (wait for it…): 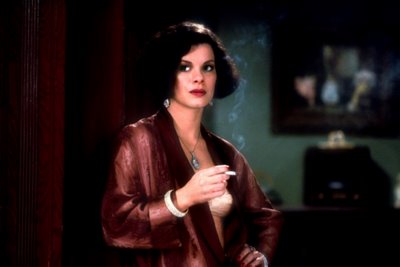 That’s right: In the entire film, there is only one female character (unless you count the fat lady that pummels Tom with her purse which, btw, I don’t), Verna Bernbaum, played by Marcia Gay Harden. Verna strings along Tom’s boss, Leo (Albert Finney as the quintessential tough guy’s tough guy) for her own purposes while she sleeps with Tom on the side. Throw in the inference that she has had some form of relations with her own brother, Bernie (John Turturro), and you’ve got a complex and intriguing character of questionable morality/taste in men. There’s also no sign of the typical ingénue common to the noir genre counteracting Verna’s damaged goods persona. And though you’d be hard-pressed to refer to Verna as “manly,” her devious femme fatale more than holds her own with the other members of the male-dominant cast. 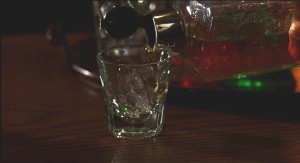 How does Bond like his martinis again? How about Lebowski’s Caucasians? The answer is, it doesn’t matter. The only way the men in Miller’s Crossing specify their potable preference is with one of only two monosyllabic options: “rocks” or “neat”. That’s because the only thing anyone drinks throughout the entire film is whiskey (I’m assuming it’s Irish as opposed to Scotch, but that doesn’t mean you can’t play a fun drinking game with the latter whilst watching along!).  No beer, no water, no wine (Tom briefly has a sip of coffee in a diner at the start, but you can pretty much guarantee it’s an “Irish” coffee). The first thing you hear when the movie starts is the sound of ice cubes tumbling into a highball fer chrissakes!  And, while there are some great movies about drinking, like Barfly or Leaving Las Vegas, you will recall that the protagonists in either film most certainly did not wear a hat while imbibing. 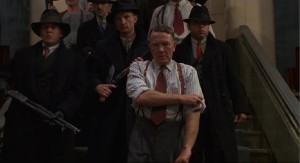 It's considered poor etiquette to fight with your hat on

Not since Paul Newman got the salad dressing beaten out of him in Cool Hand Luke has anyone taken a pummeling as valiantly as Tom Regan in Miller’s Crossing. And it’s not just one memorable beating — it’s several. Tom gets his clock cleaned by no less than eight dudes and even takes a solid shot from Verna (this lowers the manliness quotient for a millisecond, until Tom throws his whiskey glass at her, like any self-respecting male would do). In fact, if you average it out, Tom gets punched once every three of the film’s 115 minutes (totally made that up).  Of note is the persistence on Tom’s part to ensure that he doesn’t lose his hat whilst getting shit-kicked (have I mentioned there’s hats in this film?). Yep, he just keeps on taking it like a man, which brings us to our last Reason Why Miller’s Crossing Is The Manliest Film Ever Made… 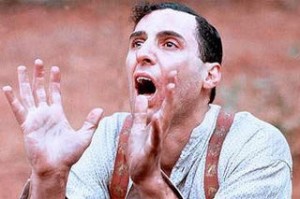 (sound of phonograph needle scratching its way off vinyl LP)

Now, I know what you’re thinking: That’s two reasons, not one. Well, I thought I’d put them together because they fall under the same umbrella of, um, gayness (not that all cross-dressers are gay; just ask your dad!). And while you may think that this is the very antithesis of manliness, further investigation may prove otherwise.

There is only one scene in the film that definitively exposes the gay love triangle that lurks quietly beneath the already complex main storyline. When Tom runs into Mink (a motor-mouthed Steve Buscemi) at the Shenandoah Club, they discuss the merits of Bernie’s character and whether or not Leo should protect him.  Tom knows that Mink is “Eddie Dane’s boy” and he doubts the Dane (played ruthlessly by J.E. Freeman) would appreciate Mink and Bernie being “jungled up together.”

Not very manly, you say? Are you kidding me? These guys are so manly they can’t be bothered to even talk to women – the only characters that have verbal interaction with Verna in the whole movie are Tom and the Dane – let alone have sex with them. Of course, it could simply be the fact that there’s only one woman in the whole story, and she’s got two guys on the go already. Regardless, none of this would be apparent if you miss the rapid-fire dialogue between Mink and Tom.

Even less obvious is the cross-dressing. That’s because you would never notice it unless you were looking for it, and if you blink, you’ll miss it (kinda like university).  Albert Finney apparently enjoyed the filming of the movie so much he hung around the sets for scenes he wasn’t even in. On one such occasion, Finney dressed up as a maid and is seen running anxiously out of the ladies room in the scene where Tom confronts Verna about her manipulation of Leo. Finney was obviously so confident in his manliness that he could don a maid’s outfit and look ridiculous, all in the name of creating a cool, obscure piece of film trivia (and, no, this doesn’t count as another female character).

So there you have it. With apologies to Jaws (falls short in just the last category, unless you consider the “I’ll show you my scar if you show me yours” scene a gay love triangle. And yes, shark attacks do qualify as beatdowns), the evidence is indisputable: Miller’s Crossing is the Manliest Movie Ever Made!

* Check out how many times someone says “Jesus, Tom!” in the film.