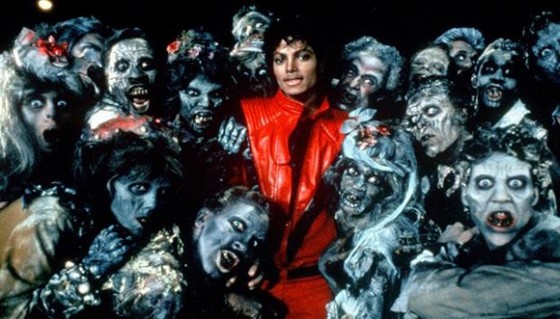 Music videos are an integral part of the music industry. In fact, it wouldn’t be much of an exaggeration to say, now that image is everything, really, that nowadays the videos might be more important – at least when it comes to promotion and sales – than the actual music itself. In any case, with Halloween coming, this is the season to list five of the creepiest, scariest, sickest music videos ever. So turn the lights down and pop in a video. But don’t forget to lock the doors and windows, ‘cause Halloween’s a thriller, thriller night.

Aphex Twin is a weird and enigmatic music genius, producing some of the best electronic music themes we have ever heard. If you’re a huge fan of the electronic genre, and a 90s child like me for example, then you value and worship Aphex’s talent and creativity. However it’s no secret that the man has some serious issues – or else he just likes to provoke reactions with his art. But maybe his real ambition and his dream, is to become a director of cult thrillers one day. There is no other way we can explain his obsession with some bizarrely scary stuff.

It’s not only Come to Daddy that creeps us out; pretty much all of his videos are sickly abnormal. But if you can tolerate schizophrenic and absurdist imagery, then you might even enjoy this. Not recommended for viewing before bed, there’s a chance that the weirdly scary images of this mental video might haunt sensitive people for a very long time.

“Quicker than flies, his arms are all around me and his tongue in my eyes”

I don’t know about you, but as a kid, I had a really hard time with Lullaby. This video and Robert Smith’s creepy face (I admit I was afraid of clowns) haunted most of my youth. Spiders everywhere, a room cloaked in cobwebs and melancholy, and Smith eaten alive in his own bed under his own blankets make Lullaby a weird psychological thriller. Under different circumstances, Smith’s performance could have earned him an Oscar. Lullaby is one of the most beautifully composed songs in the history of rock, with a melody and sound that only The Cure can produce, all showcased in one of the sickest music videos ever. Epic.

The Prodigy is my favorite band of all time. I really love these guys, especially Keith Flint. But even a hardcore fan like me gets sick to my stomach every time I see this video. A dark, half-destroyed room with weird lighting, old rusty chairs, and obnoxious creatures like millipedes and crocodiles keeping company with Liam, looking like a black monster with snake eyes, and Keith, who looks like he regularly scares Satan. The violent sounds Keith makes give you the feeling that your eyes and ears are being raped… literally.

This is a classic piece of musical art and one of the best songs Tool ever produced, but the video is really disturbing and scary. Not that Tool fans find anything wrong with that; it’s considered one of the group’s best and most graphic videos ever. We on the other hand can’t stand watching it more than once. Tool guitarist Adam Jones said in an interview that the song is about a friend of the band whose artistic talents express themselves only when he’s under the influence. “A lot of people give him shit for that,” Jones said. “If you become addicted and a junkie, well, that’s your fault.” Explains a lot about this particular video, doesn’t it. As they say, “Heroin is a hell of a drug.”

“There’s demons closing in on every side”

All right, we know what you’re thinking, and we agree: Thriller isn’t really all that scary any more. But let’s be honest here – you can’t have a list of the scariest music videos of all time without including the biggest one ever. That would be like a list of baseball stars that didn’t include Babe Ruth. The omission would amount to blasphemy. John Landis and Michael Jackson gave us an iconic piece of classical music art that will be watched for decades to come, no matter how innocent it seems compared to some of the really dementedly scary shit out there nowadays.