Five Stouts for Your Winter Needs

It’s not officially winter until December 21st, but places are getting slammed with snow and it’s freezing out. In my book, that makes it winter. During winter, I love staying inside and drinking some thick, chewy beer. Thus, I get drawn to dark stouts more so than usual. My usual beer consumption varies based on the season, but I’ll drink stouts all year round. But in the winter time, there’s just something about a good stout that makes the night that much better. Without any further ado, here are five stouts that you should try to hunt down this winter.

This beer is one of Terrapin’s winter seasonals, and it is absolutely fantastic. The pour is dark, but not as viscous as you’d expect from a bigger stout. Because this beer is a milk stout, you get a little bit of milky sweetness, which goes really well with the intense chocolate flavors. The finish is coffee flavored, but it’s not nearly as strong of a coffee flavor as you’d get from some other, much bigger stouts. Moo Hoo clocks in at 6% ABV, so its perfectly drinkable and you wouldn’t be nuts to try to polish off a six pack in one evening. 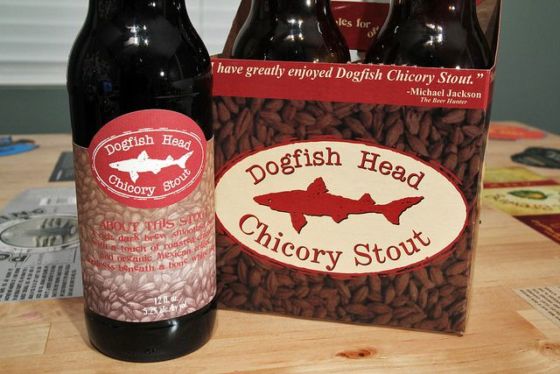 Do you know what chicory is? I didn’t, and actually had to Google it despite really liking this beer. It’s actually a flowered plant which has its roots used as a substitute and additive for coffee. Well, that certainly explains why it’s being used in a stout. It’s pretty typical for Dogfish Head to use an interesting, rarely used ingredient like chicory in a beer, as anyone who’s watched their show Brew Masters on Discovery would attest to. Anyway, this beer is their winter seasonal that’s been brewed for 25 years. In addition to the chicory, the beer contains Mexican coffee, licorice root, and for some completely bizarre reason, St John’s Wort. St John’s Wort is an herbal supplement taken to help your mood. It’s popular among hippies and people who are looking for an excuse to spend more money at their local GNC. Anyway, back to the beer. Like the Moohoo, its not a huge coffee bomb like you’d expect from some bigger stouts. Its really drinkable at 5.2% ABV. This beer is also a little hoppy, much like DFH’s fantastic Indian Brown Ale. Quite frankly, this beer is a quintessential example of a Dogfish beer: a great representation of the style they were going for using interesting ingredients. You may not have ever heard of chicory before, but that doesn’t mean you should run away from it. 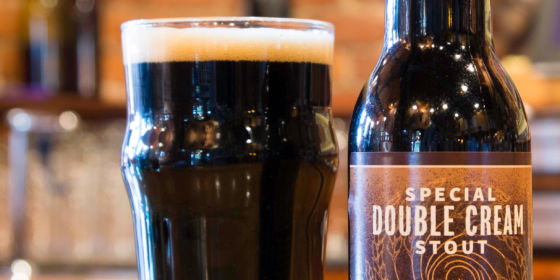 This was the first beer I had at my local bottle shop once they expanded to 24 taps. I was completely blown away. Bell’s produces a few stouts during the winter months (this, Java Stout, Cherry Stout, and Expedition Stout), and the Special Double Cream Stout is by far my favorite one. For each of the other three, I can find a flaw with it. The Java Stout is too bitter, the Cherry Stout is too sweet, the Expedition Stout is too boozy…but the Special Double Cream Stout is perfect. The body is thick, the chocolate and coffee flavors are balanced perfectly, and the drinkability is completely off the charts. I realize I’ve listed two milk stouts on this list so far, but its my favorite style. Milk stouts are very easy to drink and really tasty. Plus, they’re usually not that boozy (this one is only 6.1% ABV), and you can polish off a six pack in an evening without sending out angry drunk texts to ex-girlfriends. Always a positive when it comes to beer in my mind.

Finally, we get to a bigger stout. Founders Breakfast Stout is the original one of their killer stouts. It’s also the easiest one to find, compared to the ultra rare Canadian Breakfast Stout (aged in maple syrup barrels) and the super delicious yet impossible to keep on the shelves for a week KBS (aged in bourbon barrels). The Breakfast Stout is really a no frills kind of beer. It promises breakfast in a bottle, and that’s what you get. The coffee in this beer is enough to cripple you if you’re not a fan of the beverage, because it hits you in the face like a sock full of quarters. The beer is balanced with just a tad bit of chocolate, enough to let you know its there without detracting from the main coffee flavor. You need to be a little more careful with this one, as the ABV is 8.3%, and you’ll be feeling it after a little while. Regardless of that, its still a great beer that you should try to hunt down once November rolls around. And also, don’t be afraid of the baby on the bottle. He just wants to eat his oatmeal in peace while daddy slings down a stout at 9 in the morning. Not that I’d ever do that when I have kids. Um, anyway, moving on… 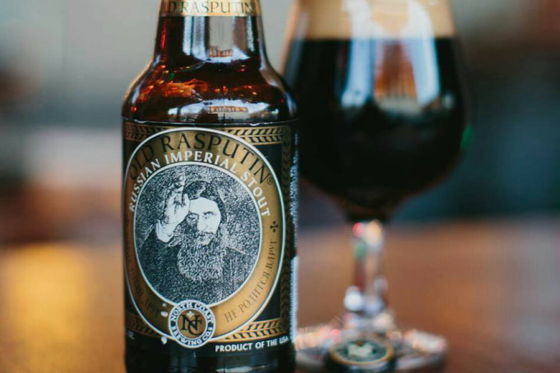 The number one beer on this list is something I fell in love with from the moment I saw it. It’s named after one of my favorite historical figures of all time, Rasputin. It’s available all year round, and is dirt cheap (in some places, you can find it for 8 or 9 bucks for a four pack). Then there’s the beer itself, which is absolutely fantastic. The pour is absolutely jet black, with a head that is large and dark and beautiful looking. The taste is a perfect balance of chocolate and coffee, being bitter and sweet at the same time and making you want more. This beer is 9% ABV, but it’s not boozy at all. Just a fantastic, easy drinking beer that is perfect for a frigid evening in the winter.