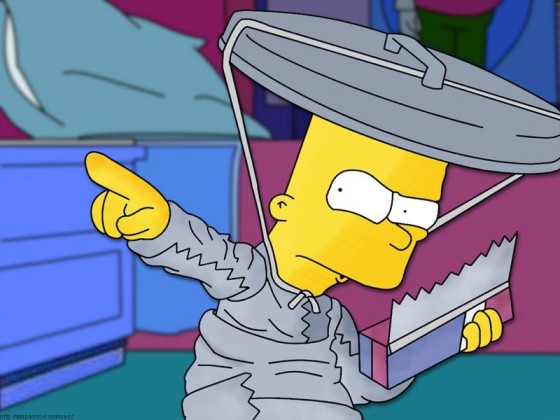 Fear is healthy within reason. For example, it’s what keeps most of us out of the water when we see something that even vaguely resembles a shark fin piercing the surface. But if you fail to keep that fear in check it takes control of your life completely. In this way, conspiracy theorists are a special lot. Their fear is almost always on a large scale, yet there’s nothing you can do to talk them down because you can’t prove the government isn’t using K-Pop to render the white male sterile. You can’t prove a negative, and that’s how these things tend to take hold.

These five books were written with these people in mind, hoping to prey on while simultaneously confirming their worst fears. These conspiracies, however, aren’t your run-of-the-mill Lady Gaga mind control loonies, oh no. These books are intended only for those who are afraid of everything ever.

1. The End of America

If you read the subtitle of this book, The Role of Islam in the End Times and Biblical Warnings to Flee America, you could save yourself the trouble of reading the three-hundred plus pages of biblical prophecy and just flee America instead. But John Price, retired attorney and a man who uses too many words to make a simple point, has taken his turn at cracking a biblical code and discovered that, gasp, America is Babylon and shit could hit the fan any day now. 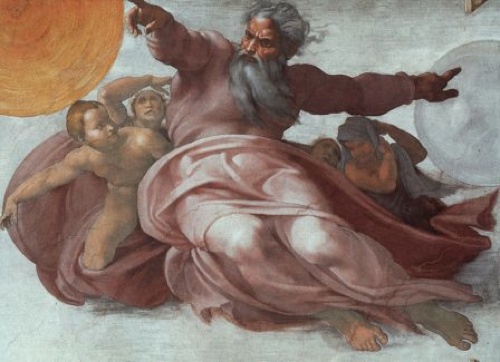 There's one primary problem with Price's book here. There's the fatal pit-trap that all biblical prophets fall into: trying to interpret biblical codes. Assuming he wasn't just skimming the Wikipedia article on the New Testament like we all do, Price might have encountered that famous verse about not doing that very thing.

Price's audience is divided into two camps: people who honestly believe that America's betrayal of Israel will be met with terrorist-owned nuclear weapons, and those who think he'd have a better time reading prophecy from a NES user manual. Indeed, a cursory glance at reviews reveals that he plays fast and loose with the idea of context and complete sentences, but more important is the complete lack of logic behind his advice of just packing up and fleeing the wrath of God. Where exactly are you supposed to go to dodge Armageddon? Does the Almighty have a blind spot? Looks like someone didn't hold in RESET while shutting the power off, John.

I'm far too sober to understand this Planet X noise, so here's how the publisher describes it:

What is Planet X? It could be a comet, rogue planet, or as this book maintains, a dying brown dwarf companion to Sol. In the years to come, its elliptical orbit will bring it into the core of our system, where it will enrage our Sun. Once that happens, Earth's greatest pains will come; the moment fate puts us in the cross hairs of a perfect solar storm.

In summary: pseudoscience says we're pretty much boned. I could spend the next three paragraphs linking to all the various ways the Planet X theory has been debunked, but I'm just going to assume that anyone reading this isn't living in fear of a phantom planet crashing into our own since those people are most likely covering their genitals in tin foil in a feeble attempt to keep themselves off the grid at this very moment. 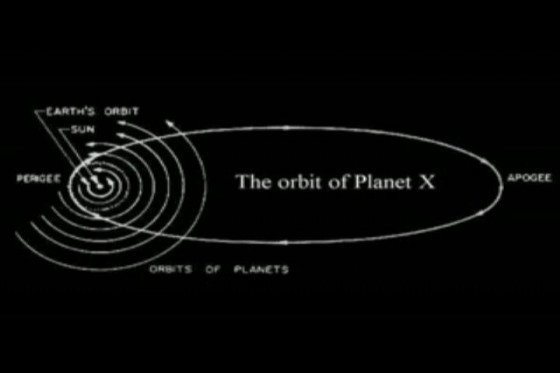 Please note that the Planet X doomsday scenario looks kind of like a wang. Tee-hee!

Planet X is described as an extinction event. Coincidentally, there's really not much you can do about an extinction event. Still, the authors provide some tips to help you survive our impending doom so you too can live in the future wasteland that was once planet Earth. Advice like, “Think of aluminum foil as your universal solar putty. Keep a large square of it folded up in your wallet or purse in case a solar storm should hit when you're away from home.” Even though this event is supposed to completely topple society as we know it and wipe out 5/6 of all living things, a wad of tin foil will thwart the universe's attempt to kill you. Using this logic we can ride out the apocalypse living inside our barbeque grills.

Despite my harsh criticism, user wisdom seeker has a valid argument for Planet X Forecast:

“BOOK IS VERY GOOD. THE MOST THOROUGH EXPLANATION OF THE
2012 DILEMMA THAT YOU CAN GET. GREAT DETAIL 5 STAR”

The full title of this book is Welcome To Hell: FEMA Camps, Martial Law, and the Collapse of American Civil Liberties Under the New World Order, and if you think that reads like something Alex Jones would vomit up after eating a game of UpWords, congrats! You're doing alright.

Author Ron Taylor has managed to cram as many anti-government conspiracy theories into sixty pages as humanly possible without alerting the FBI to the location of his militia's secret compound. Indeed, all the classics are here: FEMA's death camps that have been promised since at least the '80s, the martial law that was supposed to happen under Bush then Clinton then Bush Jr. twice, and the ever-looming threat of Hulk Hogan and The Outsiders are all covered. 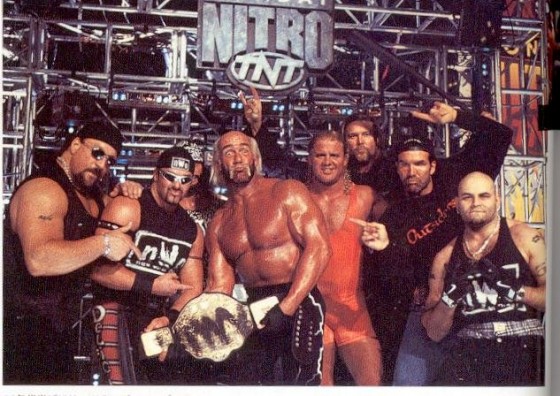 But here's what I don't get about the New World Order/WolfPac conspiracy theories: if this sinister organization is already in control of global affairs, how is it that so many people can freely publish books about defeating them without punishment? Are you telling me that a group capable of corrupting every government in the world can't get Amazon to pull some jackass manual from their Kindle market?

I could just call Ron Taylor a douche and be done with it, but he's actually pulled off something brilliant here. According to customer reviews, this books is simply a copy-paste of his previous book How to Survive a Man Made Disaster with a new coat of paint and offers virtually no advice relating to the subject material presented on the cover. User Gary Smythe was disappointed that the book offered “precious little advice on what FEMA camps are like.” Why might you think that is, Gary?

Another 2012 survival guide, but with a twist: this time our planet is destroyed when the sun's magnetic poles reverse, sending massive solar flares into our solar system. The planet will get its shit rocked in the form of massive natural disasters and there will be no survivors, except for those who read this book. Just as an aside, I'd like to point out that even if someone spent ten years studying this book and followed every single suggestion given, there's really only so much you can do to dodge an earthquake-tsunami-volcano strike force. You'd have to be a madman to think that something like an indestructible yacht would save you in such a scenario, but that's something Patrick Geryl actually suggests in this text, so interpret it as you will.

To make Geryl's insanity worse, he regularly contradicts himself throughout his opus. For example, he explains several times that much of the Earth will be destroyed. However, he recommends that survivors eat a diet of fresh fruit. I'm sorry, which molten crater can we find the bananas in, Pat? Also, despite explaining that these pole shifts happen every X number of years and are totally inevitable, he expresses how important it is that the survivors teach future generations not to make the same mistakes we did. What mistakes, exactly? Choosing to live on planet Earth or not defeating the sun when we had the chance? 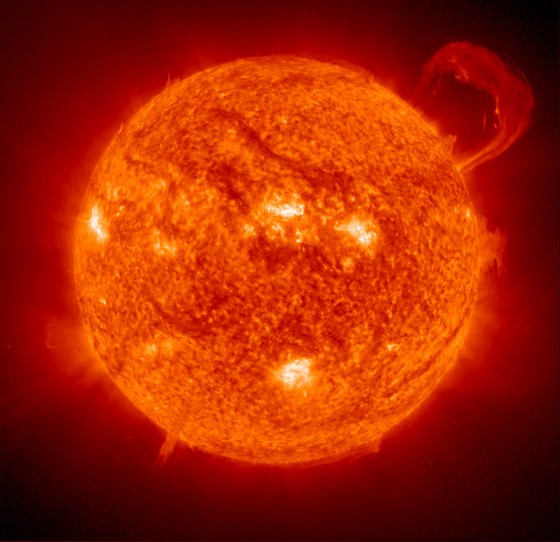 We will never have a second chance.

The real kicker is how useless the information is to the average Joe Everyman. From the get-go he warns the reader that proper preparations would require at least $20,000 (which I can only assume is the going rate for an indestructible yacht). Chances are if someone is browsing Barnes & Noble for books on surviving what equates to the Death Star's attack on Alderaan then they aren't sitting on that kind of scratch.

Ray Hope describes America Sold Out as having started as a work of fiction, which should really set off a few bells for anyone reading it. His whole shtick is that the New World Order is going to kill every Christian in America and every Jew world-wide. It's pretty much every globalization conspiracy theory if said theories only persecuted the religious. Don't worry, atheists. Your smug non-belief has saved you. For now. 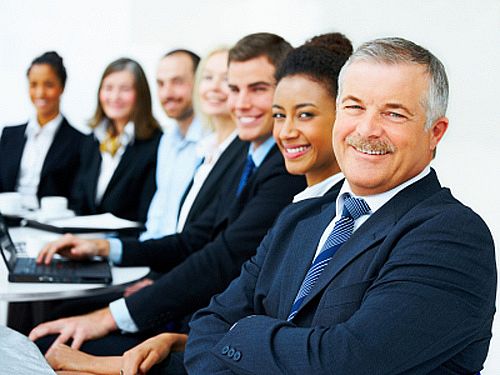 According to our legal team, standing within twenty-feet of this book will land you on a government watch list.

Unfortunately, Ray doesn't seem too sure of his magnificent powers of prophecy. Several warnings before the prologue imply that even though the text bears an uncanny resemblance to the events of the day, it is clearly a book of fiction and the author can't be held responsible if you spend the rest of your days in a bunker cradling a box of grenades.

But the book's editor, Al Chuppett, didn't get the memo. Not only does he assure you that IT'S HAPPENING, but he believes the only proof needed to validate the doomsday scenario is a loose reading of a verse from 2nd Corinthians (“This will be my third visit to you. Every matter must be established by the testimony of two or three witnesses”). He literally thinks that two people seeing something that might be a concentration camp in Idaho makes it true. I don't even have a joke for that. The fact that this guy isn't locked in a crate inside the hangar at the end of Raiders of the Lost Ark means we are all in grave danger.

As for the guide itself, the tips are surprisingly simple and disappointing: pray, hide, stay off the grid. However, Ray seems to have his priorities out of whack: after detailing the systematic murder of the faithful he closes the book with some hot tips on erasing credit card debt. When all my friends and family have been abducted by black helicopters I'm pretty sure I can cross “paying back my financial debts” off the old bucket list.