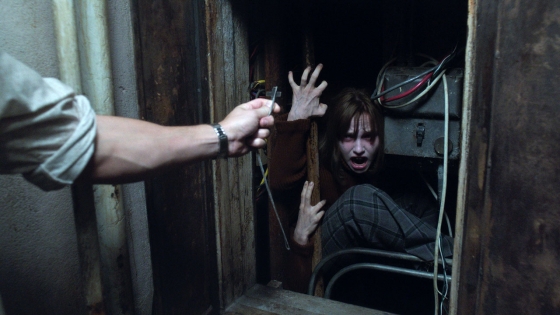 With The Conjuring 2 dominating at the box office this past weekend, we’re again reminded how creating a truly original horror film is a very difficult task. It can be even more daunting when a filmmaker is asked to provide something unique while delivering a sequel that fans of a developed franchise will love. The following five movies all deserve a second look, but horror fans would be advised to judge each film on its own merits rather than compare it to the rest of its respective series.

1. Halloween III: Season of the Witch

Fans of Michael Myers were outraged when they went to the cinema expecting another stabfest and instead found themselves viewing a movie that had absolutely nothing to do with Haddonfield's most infamous former resident. Season of the Witch delivers a truly unique horror story, however, and if it had been released without the word Halloween in front of it, then it would probably be better received today.

The decision to bring Freddy into the real world and have him face off with a male protagonist turned off most of the audience that was hoping to see a continuation of Freddy and Nancy's epic struggle. When viewed independently, Freddy's Revenge reveals the ultimate conflicted coming of age story. It has also become a gay classic due to overtly homoerotic themes, but a true man will be secure enough in his sexuality to enjoy the movie anyway.

Saw 2 is probably the most well-liked film on this list, but it still doesn't receive the credit it deserves. Unlike the subsequent sequels, the second film managed to keep the tension almost as high as the first one, and it also managed to pull off a surprising twist ending that was almost as shocking as the ending of the first film.

The fourth film in Romero's definitive Dead series was released to an audience that had somehow lost sight of the importance of the three films that preceded it. As always, Romero utilized his zombie and human characters to make a social statement. Land of the Dead explores the contrast between overwhelming wealth and poverty, putting it about eight years too soon to capture the attention of a nation that has since become borderline obsessed with discussing wealth distribution.

Much like Freddy's Revenge, the New Nightmare took the Elm Street series into a new direction. Unlike Freddy's Revenge, however, it benefited from a truly unique idea. The fact that moviegoers did not respond well to the premise of what is arguably Craven's most original movie speaks volumes about the audience instead of Craven's more than worthwhile vision.

Horror audiences are known for publicly deriding remakes and unoriginal sequels, but they continue to avoid the sequels and other films that actually present a compelling and original storyline. Rather than spending $12 this weekend for an inferior horror film at a local theater, remove that jaded expression and give these underrated films a second look.