Five Ways to Cope in Cleveland

Well, Lebron James is now a member of the Miami Heat. The Golden Rule says that one should not kick another when they are down…  Now that they we got that out of the way, here are five things to do in Cleveland now that the basketball season has been canceled.

Set up a Patrol at the Airport

Whatever you do, make sure that your new coach, Byron Scott doesn’t try to bolt. First the poor guy gets run out of his last two jobs, then right when he was pretty much guaranteed that LBJ would be coming back, this happens. But B. Scott is a stand-up guy.  I’m sure he will have no problem coaching Varajao, Jamison and Delonte… He’s getting away!

Your owner, Dan Gilbert is the freaking man. Instead of moving on when he found out the king was leaving, he wrote a letter that contained phrases like:  “narcissistic, self-promotional”, “cowardly betrayal”, “SELF-TITLED FORMER KING”, “shameful display of selfishness” and my favorite:

“The self-declared former ‘King’ will be taking the ‘curse’ with him down south. And until he does ‘right’ by Cleveland and Ohio, James (and the town where he plays) will unfortunately own this dreaded spell and bad karma.”

Scream in Horror then Burn the King in Effigy

I mean he deserves it, right? Who wouldn’t pick Cleveland over Miami after staying there for seven years, and not being able to secure a competent head coach or a solid number two player to play beside you? He owes Cleveland his whole career, damn it!

Focus on the Browns 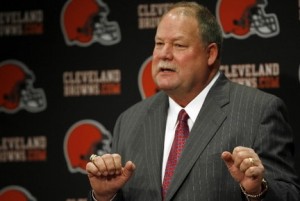 It’s football season anyway, right? And think about it. You won your last four games of the season. Matters none that you started 1-11. And you got rid of Brady Quinn and Derek Anderson. That’s something, right? And now you have three studs fighting for the top QB spot: Jake Delhomme,  Seneca Wallace, and rookie Colt McCoy. That McCoy kid is a winner. And don’t forget Joshua Cribbs and Jerome Harrison.  And the defense isn’t that bad. Except for maybe the secondary. See, there. You’re feeling better, right?

We hear that real estate is fairly affordable in Detroit right now. 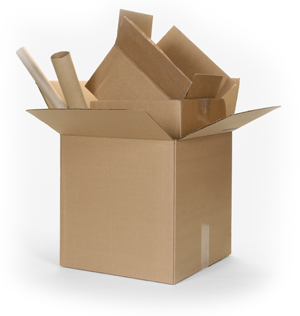