Flop So Hard: A Tribute to NBA Flop Artists 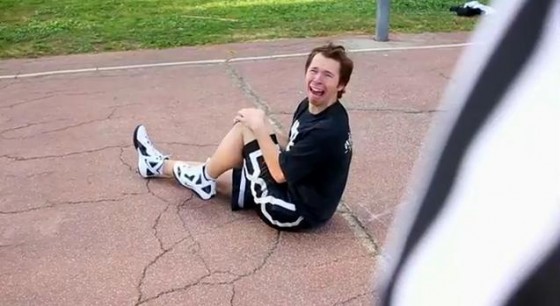 The creators of “Flop So Hard” have had enough with the ridiculous acting in the NBA, and they decided to tackle it in the best way possible: a YouTube video with cute girls and the never gets old beat from “N*ggas In Paris.” Look for references to your favorite flop artists including Carmelo Anthony, Chris Paul and, of course, Manu Ginobili. Also, there’s a ref with a sweet grill.