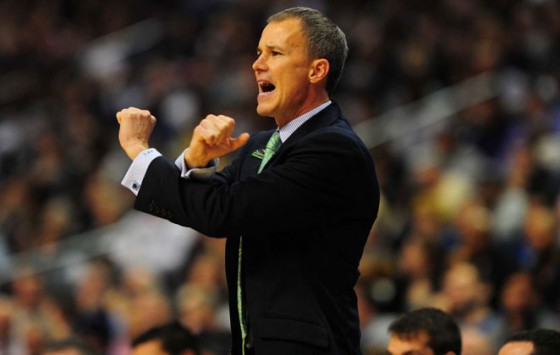 Florida Gulf Coast is the talk of the NCAA tournament and for good reason. They became the first team in NCAA history to reach the Sweet 16 after following up a massive 78-68 upset of #2 seed Georgetown on Friday with an 81-71 defeat of San Diego State on Sunday.

As a result, their Head Coach Andy Enfield has become the hottest name in coaching for encouraging an aggressive, high-flying style of play. As he gains notoriety, we are learning more about the man dubbed by some Dos Equis fans as “The Most Interesting Man in the World.” Most notably, he’s independently wealthy because of his early involvement with an internet software company called TractManager. And his wife, supermodel Amanda Marcum, is an absolute dime-piece. How did he land a such a ridiculously hot wife? By taking her to Taco Bell of course. 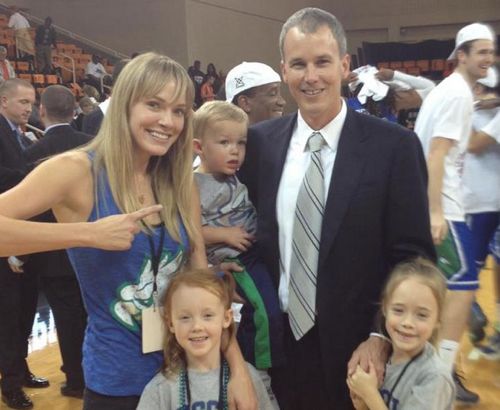 “I got her a nice Burrito,” Enfield says about their first date. Six months later, they were engaged. He is no model himself, either. He has a noticeable Michael Strahan-sized gap between his front two teeth and some aggressively balding and gray hair.

Granted, being an NCAA record holder (highest career FT %), a Johns Hopkins grad, and a multi-millionaire probably helped his cause, but the fact remains, Enfield is straight dominating in the game of life, and we can’t hate him for it. If he were the coach of a national powerhouse like Kentucky with his hot wife and millions of dollars, everyone on the planet would hate him (deservedly or not), but he’s the underdog here.

The head coach of the 15-seeded Florida Gulf Coast Eagles is about to take his team to Cowboys Stadium to face #3 seed intrastate rival Florida Gators. So even though he’s a champion in life, the nation will be pulling for this college basketball underdog, his squad, and of course, his smokin’ hot wife.