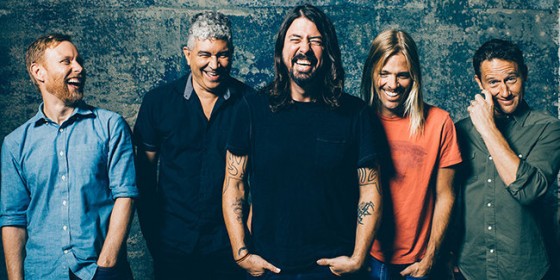 The Foo Fighters performed in Kansas City and the Westboro Baptist Church, infamous protesters of anything “unholy,” were there to greet them. The church has an issue with Dave Grohl and the boys – something that’s been going on for some time. The Foo Fighters had something for them too, also not for the first time.

The Westboro protesters had set up across from the Sprint Center where the concert would later take place and were loudly shouting and chanting while holding signs depicting their various views of the “unclean” band. Then from around the corner came a lowly pickup truck. In the back? The entire Foo Fighters band with speakers loudly blasting Green Day’s American Idiot at the protest.

Then the Rick Astley single Never Gonna Give You Up began to play as Taylor Hawkins, Foo Fighters drummer, holds a sign to the protest group that says “You Got Rick Roll’d (Again).” The protest was quickly drowned out by fans who, alert to the band’s sudden presence, swarmed the street and began an impromptu dance party around the truck as it stopped for the song and then slowly returned to the backstage area.

Finally, just to rub it in, Grohl held up a sign pronouncing that they “Keep It Clean” – referencing the first time the band counter-attacked the church group at a protest, showing up on a flatbed truck to throw a concert directly in front of the Westboro Baptist Church building.

For their part, the Westboro church seemed to like the attention and even tweeted a laugh about the event.

As for the guy in the purple shirt? Nobody knows who that is. We presume he has something to do with the anti-gay protests the Westboro group held that started the Foo Fighter-Westboro rivalry in the first place.