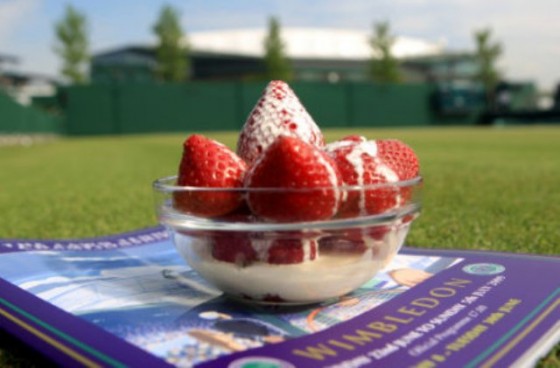 The oldest tennis tournament in the world, Wimbledon, is underway at the All England Lawn Tennis and Croquet Club in Wimbledon, London. While most of our audience is unlikely to attend, we thought it would be fun to take a look at the food consumed at such an event, which lasts two weeks until July 12th (I believe they call that a fortnight, how quaint). So we found this little graphic, which pulls together incongruent pieces of information into a pie chart which makes absolutely no sense, but I guess seemed like a good idea to whoever put it together : 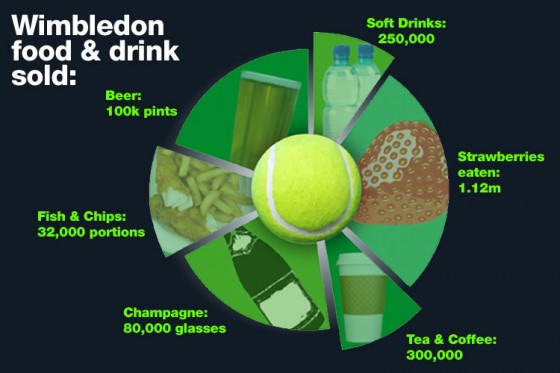 That was incredibly unhelpful, so let’s take a look at similar information in list form, via About.com :

…but the real amazing thing at Wimbledon is the Strawberries. See that 1.2 million figure up there? Now obviously a single strawberry is easier to consumer than a slice of pizza or a sandwich, but still the number is impressive. Apparently it’s a thing at Wimbledon. 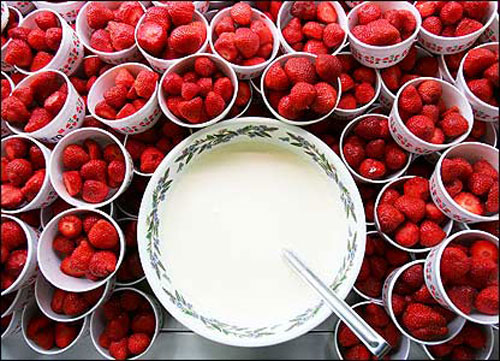 Ah yes, so the Brits can enjoy their Strawberries and Cream while watching tennis played on grass and have no doubt why the U.S. declared their independence this time of year.