If Football Players Were Atheists 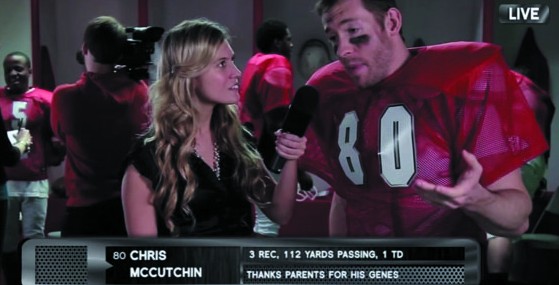 What if football players were atheists? Watch this hilarious video to find out the answer! Produced by College Humor, this short film shows a football player being interviewed by a news reporter after his team’s come-from-behind win. Elated by the victory, he thanks everyone for their support, everyone except…God. It’s odd, we know. But somehow, as he always does, God made his presence felt in the end. Amen to that.