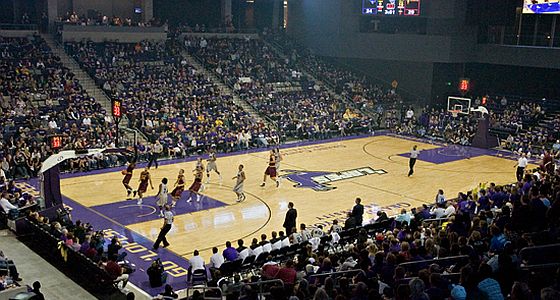 Division II Grand Canyon University, an Arizona-based Christian college, will take the place of departing member Denver in the Western Athletic Conference. Grand Canyon, a for-profit school that is publicly traded on the NASDAQ exchange.  This is stunning news, both for the WAC and the for-profit college landscape, which has been increasingly under fire by critics. For the WAC, the addition of GCU gives them six schools for next season, allowing them to keep their automatic qualifying berth in the NCAA tournament. The WAC was granted a two year waiver to compete at six schools, following the expected departures of Denver and six other schools at the end of this season. The loss of an automatic bid, and the money that comes with it, would have crippled the reeling league, so Grand Canyon’s willingness to move up from DII made them a perfect target. 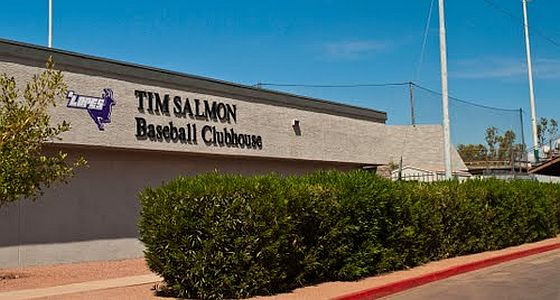 Grand Canyon wasn’t always a for-profit school. From their founding in 1949 until 2003, Grand Canyon was a Baptist school in Phoenix, offering a liberal arts education with a Christian bent. In 2003, facing a financial shortfall, GCU was sold, becoming the first for-profit Christian school in the country. The formerly small school suddenly branched out, selling online classes to prospective graduates and corporate clients. In 2008, the company that owned the school issued an IPO, bringing in over $200m in capital by taking the school public. Increased enrollment, which now tops 40,000 students, has allowed Grand Canyon to expand their campus and add a burgeoning athletic program. The school, in part responding to the backlash over the abuses of the for-profit model, has invested some of their over $400m a year profit in a second Massachusetts campus and a new, 5000 seat, on campus arena, which is bigger than many current on campus facilities in Division I. 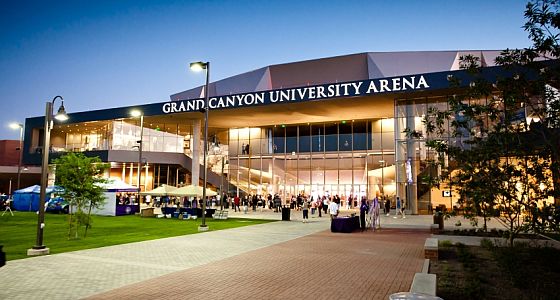 While Grand Canyon is using athletics as part of their efforts to legitimize, they still face many of the same criticisms of other major for profit schools. According to a 2010 federal report 87.1% of Grand Canyon’s profits come from federal financial aid, and it spent 32.6% of their profits on marketing (an especially high number, even for a for-profit school). Grand Canyon also comes under scrutiny for their high default rate on student loans, and the small amount of money they spend on student instruction. From that same report, students at Grand Canyon would pay $10,000 less for a similar four-year degree at the nearby University of Arizona, but spends a fraction of the amount (25%) that Arizona does for student instruction. 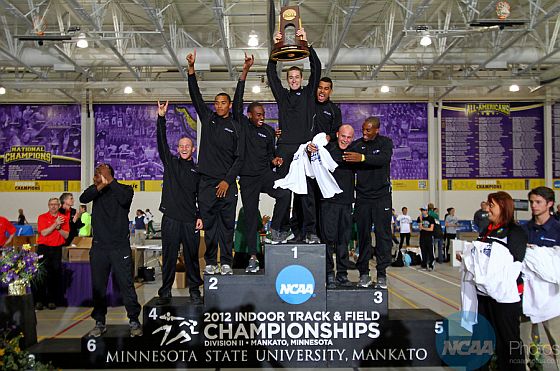 This move creates a problem for regulators and other schools. If a school like Grand Canyon (or the larger University of Phoenix) sees athletics as a marketing expense, they will be able to tap into a large fund to quickly build their sports teams. For a school that is able to pay their CEO $2m a year, the large salary demands of top coaches can easily be absorbed into their budget. The University of Phoenix, for example, has an enrollment of 350,000 students and brings in over $1.2B in federal Pell Grants, if they chose to flex their financial muscle to start a Division I football team they could afford to outspend all but a handful of major football programs. These schools also have minimal oversight over their admission standards and academic program, which should be a concern for NCAA infraction personnel. While the government has taken additional notice of for-profit schools in recent years, it appears that they are no going away any time soon.

We understand why the WAC, facing extinction made this move, it does open a door to potential abuse going forward. The addition of for-profit schools to the landscape will have far-reaching implications on college athletics. In reality, for-profit schools can only offer the same scholarships and benefits as other Division I programs, but have showed a willingness to play fast and loose with the rules before. If they see a bottom line benefit to cheating, their incentive is to do so, even if it does cost the school sanctions in the future.