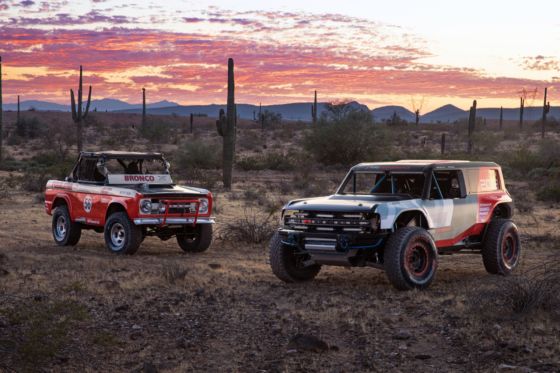 The classic Ford Bronco is probably more popular now than it has ever been, which makes it a perfect time for Ford to bring the Bronco back to its lineup. Unlike Chevrolet, who recently brought back the Blazer, Ford reportedly will be sticking to the Bronco’s body on frame roots, rather than just using the model name on another crossover. That is what has us so excited for its release, because we’re big off-road SUV fans here at Gunaxin, and there is only so far we can go down the trail with a lifted hatchback. 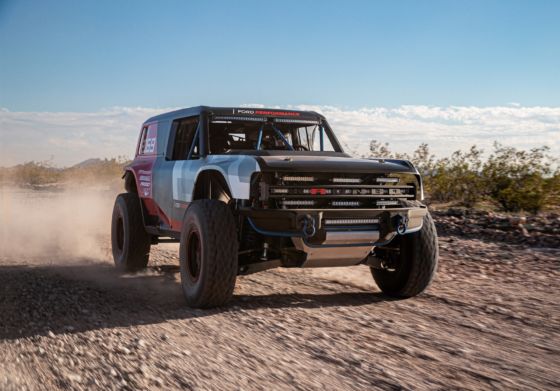 One of those classic Ford Bronco 4x4s won a historic Baja 1000 victory fifty years ago, which serves as the inspiration behind a new Bronco that will be competing in this year’s race, the Ford Bronco R Race Prototype.

“Bronco’s win at Baja in 1969 was epic, something that even after 50 years has not been repeated,” said Hau Thai-Tang, Ford chief product development and purchasing officer. “Rugged endurance racing is such a big part of Bronco heritage. The Baja 1000 gives us not only the perfect setting to honor Rod Hall’s win, it also provides an authentic test bed to demonstrate our upcoming Bronco’s desert racing capability and durability.”

Oh my, that thing is bad ass, and we couldn’t be more excited. While we know the production model probably won’t be that cool, this is the closest thing to the new Bronco that we’ve seen, and it certainly doesn’t disappoint.

“Like the original Bronco, we kept Bronco R’s design authentic and simple, with a roll cage on a production-style frame, and a five-piece lightweight body on top,” said Brian Novak, Ford Performance off-road racing supervisor. 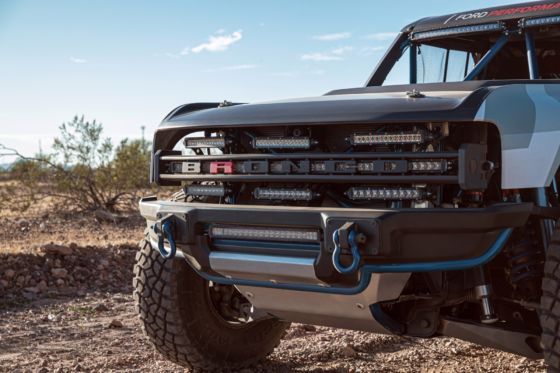 Although we doubt the production model will come with 37″ BFGoodrich tires and 18″ of rear suspension travel, we have a feeling this Bronco R race prototype could be a tease of a rumored Bronco Raptor model. Either way, we’re here for it. All of it. 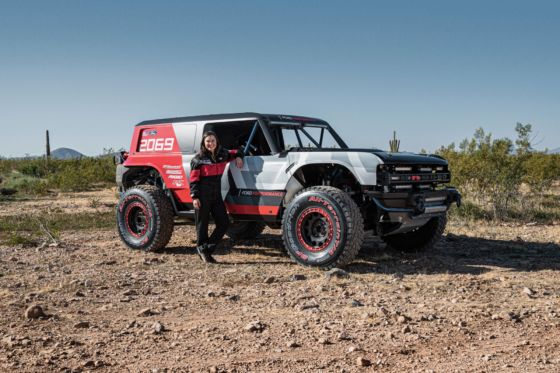 The Bronco R race prototype will be piloted by Cameron Steele in this year’s SCORE Baja 1000 on November 22nd. Shelby Hall, pictured above, will take the wheel for parts of the race as well, in a tribute to her grandfather’s victory 50 years ago. The production model will be revealed to the public in the spring of 2020, and we can’t wait to get one dirty! 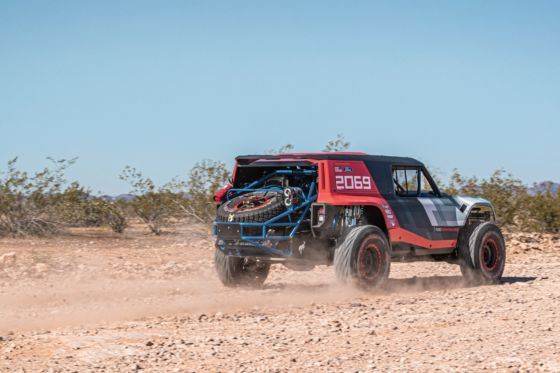 See more from the unveil of the Bronco R from American Trucks: