Media > Movies > Why Forrest Gump Should Have Ended After Ten Minutes

Why Forrest Gump Should Have Ended After Ten Minutes 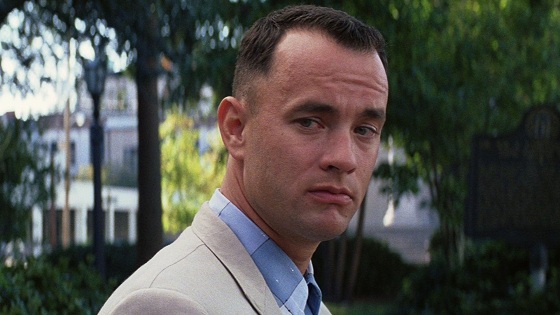 The two most quoted lines from the film are probably, “Run, Forrest! Run!” and Forrest’s “Life is like a box of chocolates” speech, that unforgivably, doesn’t end with the words, it doesn’t last very long if you’re fat.

It’s probably why Gump was really into jogging.

That said, while watching the film, it’s easy to forget that everything you’re seeing on-screen is being narrated by Forrest to someone sitting next to him at a bus stop. Like the part where he had awkward first time sex with Jenny, or the bit where a man with no legs threw a prostitute across the room.

It’s not illegal to stab them if they’re not people!

So with this in mind, the film should have been over in the first 10 minutes, because almost straight after Gump’s box of chocolates speech, he says

“Now, when I was a baby, Momma named me after the great Civil War hero, General Nathan Bedford Forrest. She said we was related to him in some way. And what he did was, he started up this club called the Ku Klux Klan. They’d all dress up in their robes and their bedsheets and act like a bunch of ghosts or spooks or something.“

Just soak that in for a second… Forrest Gump sits down at a bus stop and calmly explains how he’s directly related to the founder of the KKK in a thick southern accent, to this lady. 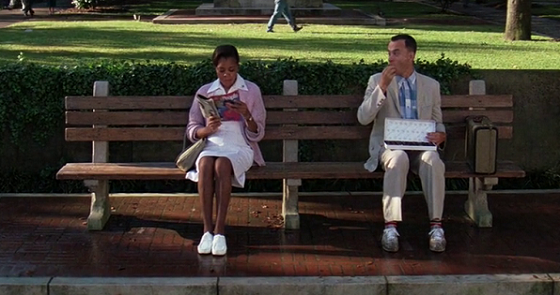 Gump, the master of conversation.

The fact this lady didn’t straight up just smack Gump in the mouth speaks volumes about her character. Or maybe, just maybe, she really needed to catch that bus.