Foster the People with Mariachis 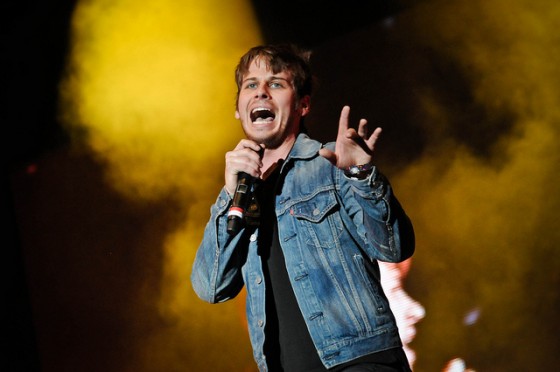 LA band Foster the People played before 70,000 people last Saturday night at the 13th installment of the Vive Latino music festival in Mexico City. This is one of the largest music festivals in Latin America. This year it spanned three days with four stages of lots of great bands you’ve probably never heard of. 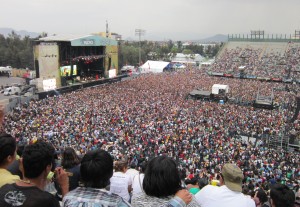 On Saturday, the second day of the festival, Foster the People shared the stage with Kasabian from the UK and Los Caligaris from Argentina, among many others, including headliner Café Tacuba, massively popular in their native Mexico.

For their final song, Foster the People brought out a mariachi band to play their big hit “Pumped Up Kicks.” The extended version of the song included some electronic touches and big cheers from the enormous rowdy audience.

Fatboy Slim closed out Vive Latino on Sunday night, and other acts during the weekend included Mexican groups Molotov and Zoe. 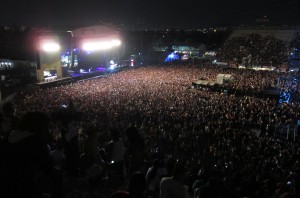 This is a yearly festival, so if you check out some of these Latin rock groups and like them, then come on down to Mexico City for next years installment! For a huge festival like this tickets are still quite affordable at around 40 dollars per day. Not only that, but big 24 ounce beers cost around five dollars. Then as you leave the stadium you can buy all kinds of bootleg merchandise, including t-shirts, posters and shot glasses for just a couple of bucks. You won’t find those prices at stateside music festivals.