What’s more American than Mom, Apple Pie and a movie about humping that Apple Pie? Burgers, of course. As Americans, we’re not satisfied with just regular burgers anymore though, we have to take it to the next level.

We’ve scoured the nation to bring you four of the most insanely calorie and cholesterol laden dishes that any restaurateur has ever dared to unleash on his customer base. We don’t necessarily recommend you trying these burgers yourself, but if you do, can you at least write us into your last will and testament before you attempt it? There’s no sense in all your stuff going to an Estate Sale. 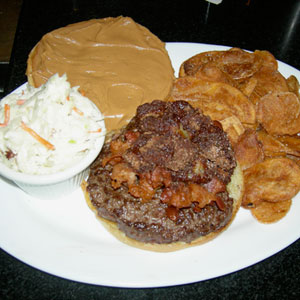 Where to get it: Boston Burger Company, Boston MA

The Burger: This burger isn’t large by any means, but it packs enough artery hardening ingredients to stop an elephant.

This burger consists of an 8 ounce Angus Beef Patty, topped with three slices of bacon, and fried bananas that were coated in cinnamon and sugar before being placed on a peanut butter smeared bun.

We’re fairly certain this is considered an act of war by the Geneva Convention. 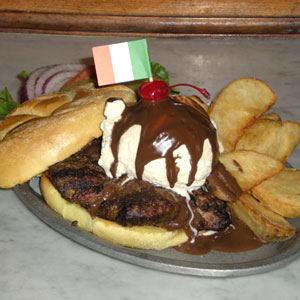 Where to get it: McGuire’s Irish Pub, Pensacola FL

The Burger: For the busy person who really wants to stop their heart, but can’t find time in their day.

This burger is a 3/4 pound monstrosity of Angus Beef served under a scoop of vanilla ice cream and drenched in hot fudge sauce.

This is probably the last thing you will ever eat, because it’s quite assuredly going to murder you. 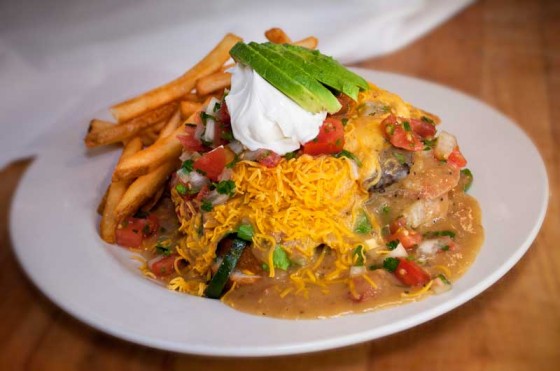 Where to get it: Crave Real Burgers, Colorado Springs CO

The Burger: As burgers go, this is one.

If this doesn’t completely seal off on chamber of your heart, we’re fairly sure it will come rushing out of your rectum within a few hours. You know what they say, when one artery closes, an anus always opens. 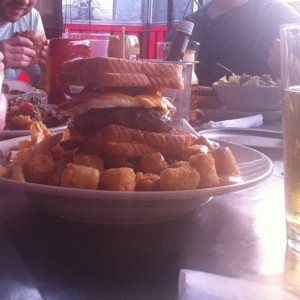 Where to get it: Vortex Bar & Grill, Atlanta GA

The Burger: Murder on a bun, with extreme prejudice.

The Triple Coronary Burger is a testament to truth in advertising.  Consisting of three 1/2 pound burgers, three fried eggs, fourteen slices of American cheese, ten slices of bacon and wedged between two entire grilled cheese sandwiches, this culinary Godzilla is served on top of a bowl of french fries and tater tots smothered in a gooey cheese sauce.

You know, this sandwich is bad enough all by itself. Without a doubt you will have chest pains at least half way into it. But to insure that not even the tiniest pathway to your ticker is left unclogged, they throw in the food world’s mightiest spackle, cheese sauce. Any job worth doing, is worth doing completely.