If you’ve spent any time in a high-end bar or club, then you’re probably aware that Grey Goose is a brand that essentially invented the ultra-premium vodka market. It was conceived for United States consumers in 1996 by the genius promoter, Sidney Frank, the man behind the success of Jägermeister. The story of a completely new product coming out of nowhere, made popular by celebrities, and bearing a premium price-tag have led many to label Grey Goose a gimmick, or even a scam.

For two decades though, the brand has flourished, despite the naysayers. Maybe there is more to its success than brilliant marketing? Recently we were invited to the home of Grey Goose, Le Logis in the Cognac region of France, to answer that question. We learned about the product, but also about the man who is truly behind the brand. Here are four things you may not know about Grey Goose Vodka.

1) Grey Goose is Made by a Cognac Guy 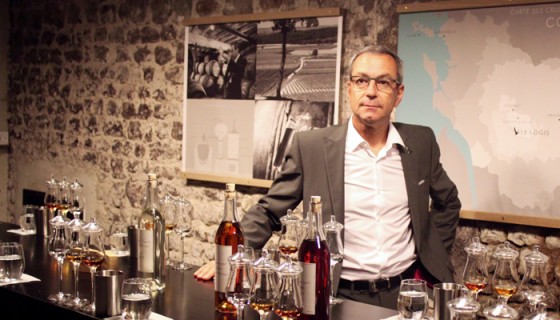 Sidney Frank could have apparently sold ice to the Eskimos, but enduring success required a product worthy of his promotional skill. He knew that Grey Goose had to be more than premium marketing, it needed to be a premium product to match. To create that product, he enlisted the help of a well-known cognac producer, François Thibault, a French Maître de Chai (Cellar Master). Cognac is a particular variety of brandy that has a proud heritage of being produced for generations in the wine-growing region of France. The idea was to bring Thibault’s skill and attention to detail to the world of distilling Vodka, a product that had traditionally never been known for quality. Frank recruited Thibault to transition his stills from cognac to vodka production, an idea which was openly mocked by his French peers:

2) Grey Goose is Made Entirely in France 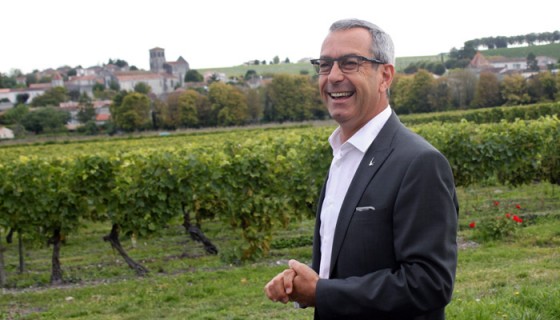 Despite the presence of the French flag on the bottle, many people are still unaware that Grey Goose is made entirely in France. Most people associate Vodka with Russia, and the other “Vodka Belt” countries, which is largely the reason why Frank selected France instead as the home of Grey Goose. France is revered for its culinary history and rich soil that produces some of the most well-known wines and breads in the world. So every part of the Grey Goose production process leverages the best of what France has to offer.

“I didn’t approach this as stripping out impurities – I never let them get in there in the first place.” – François Thibault

The grain utilized is a soft winter wheat, considered a superior bread-making wheat, that is grown in Picardy, France. The grain is distilled in that region, north of Paris and then sent to the Cognac region (South of Paris) where it is blended with locally sourced spring water that is naturally filtered through limestone. After filtration the vodka is bottled in a plant dedicated solely to bottling Grey Goose, in french made bottles. 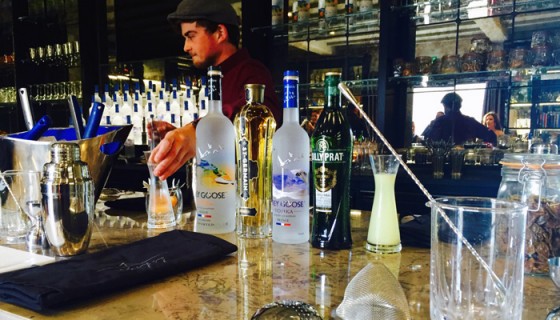 Vodka is known as a neutral spirit, without distinctive character, aroma, taste, or color, which leads many to wrongfully claim that there is no difference between different brands of Vodka. However Grey Goose is the first vodka to be produced in the Maître de Chai tradition, which allows aromas to be produced in the distillation process specific to Grey Goose vodka. In addition, Grey Goose now offers a line of flavored vodkas which infuse the essence of local French fruit into the Vodka.

Currently there are five fruit flavor varieties of Grey Goose: orange, pear, lemon, black cherry, and melon. We got the feeling that Thibault would discontinue the orange flavor if he could, because the oranges are the only ingredient used in any Grey Goose product that are not locally sourced in France (they come from Florida). The lemons come from Menton, the pears hail from the Loire Valley, and the black cherries are sourced from the village of Itzassou. The whole fruits are delivered to a parfumerie in Grasse, where the flavors and aromas are extracted and shipped back as essential oils that are then blended with the classic formula.

We didn’t tell you where the Melons come from though, for that we refer to the video below (with very small subtitles) which explores that latest flavor to join the portfolio : 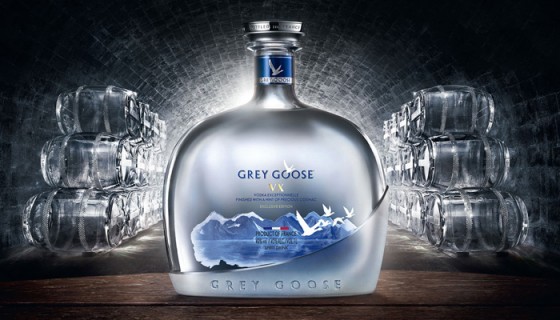 As we’ve told you, François Thibault is a Cognac guy at heart, and growing grapes is in his blood. So when Grey Goose acquired the Le Logis property that we visited, he began growing grapes to bring his career full circle. Those grapes are distilled into Cognac which is integral to his latest creation, Grey Goose VX (Vodka Exceptionnelle). Cognac is very strictly regulated, and it must be aged in Limousin oak casks for at least two years before it can be sold to the public. However since the end result is not Cognac, but rather Vodka, Thibault is able to utilize a hint of un-aged Cognac in VX, for something completely different. Grey Goose VX is best enjoyed on the rocks in a fine snifter glass to appreciate its rich character and complex nose, with hints of white fruit blossom, plum, apricot, light citrus and wild honey, followed by a long, lingering finish.

This article originally created for and published at ManTripping.com.