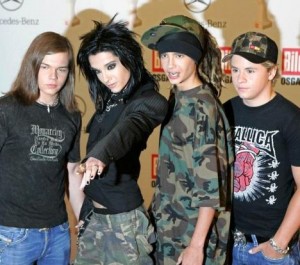 Most twins grow up wearing the same clothes and more or less follow each other into life.

It seems like the most natural thing; even related non-twins tend to gravitate towards similar vocations.

But once in a while, an anomaly arises. Twins are born so radically different that they might as well be just plain siblings.

They give conventional dogma the finger and march off to completely different ends in life. All the while unleashing a massive combo breaker 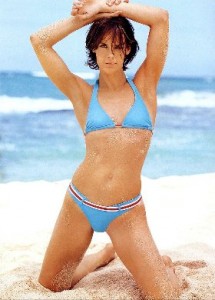 How can you not?

She also guest starred as Stephanie Holden in another hit television spinoff, Baywatch Nights, which was like Baywatch, but with aliens and at night. The viewership was abysmal and got canceled after two seasons.

In 1997, after five years of Baywatch, Stephanie Holden got killed in the seventh season by a falling mast. She was survived by her sister, Caroline Holden, a nutjob who believed that her Stephanie was reincarnated as a dog.

In 2003, she returned in Baywatch: Hawaiian Wedding as Allison Ford, new lover (who just so happened resemble the old one) of David Hasselhoff.

After Baywatch, Alexandra went on to act in over 60 movies and television programs, competed as an endurance athlete and accomplished random acts of political activism. But beyond Baywatch, who gives a shit? 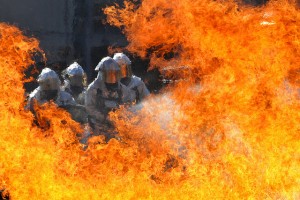 Caroline Paul is a firefighter and specializes in difficult rescues. The things she did involved scuba dive searches, rope and rappelling rescues, surf rescues, confined space rescues, all hazardous material calls, and the most severe train and car wrecks.

Extreme awesomeness was imbibed within her since young and she attempted to break the world record for crawling when she was a teenager. Although she did not break it, she covered 8.5 miles on her hands and knees. In the rain.

Growing up, Caroline was no less badass and she became a whitewater raft guide, flew hang-gliders competitively and was also on the national luge team. And you call your resume a resume.

Oh and another thing. Lesbian.

Victor McKusick was the pioneer of most modern medical procedures. Without him, we would probably still be combating The Plague and smallpox, as opposed to bird flu and SARS. 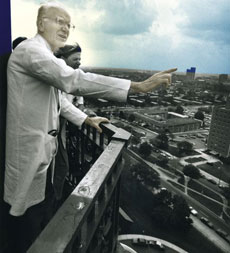 Either Victor or Vincent

Victor was born to a dairy farmer and at first wanted to grow up to become a priest, but God had better plans for him. In 1937, Victor was stuck with a paralyzing ailment that left him bedridden and hospitalized for months – infection in the armpit.

During that torturous ordeal, Victor witness the sheer awesomeness of the medical staff and swore to become a doctor.

His way to medical school was practically paved by divine forces when in 1942, owing to the lack of enrollment during war, John Hopkins dropped their prerequisite for a degree for admission.

Victor went in and went on to write the Mendelian Inheritance in Man, a book chronicling every known disease in the world. Just because he could.

Victor’s twin was Vincent. They parted ways after high school so that they would not have to compete with each other over scholarships because both were too awesome. 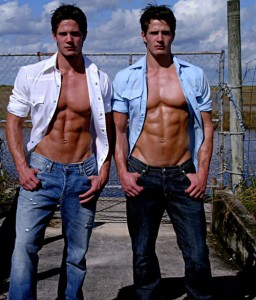 Vincent, without the privilege of armpit infection, pursued a career in law and the military. After getting his degree, Victor enlisted in the United States Army where he was posted to Los Alamos, New Mexico to participate in the Manhattan Project. For 14 years. No amount of meticulous research could tell us what he actually did, so we are assuming that he was something like Bruce Banner. And by meticulous research, we meant drunken Googling.

Then, in 1992, he led a delegation to the Georgian Republic to tell them how to run their legal system. Having outlived his brother, he is still alive today, being too badass for death.

Alanis Morisette is a singer/songwriter, record producer and actor. She had won 16 Juno awards and seven Grammy awards, but you probably have not heard of her because she is Canadian.

Alanis released her first song when she was ten and following that she went into a gifted program at Saint Elizabeth’s Elementary School. She then joined many talent competitions which marked the beginning of her career.

She went through a bulimic phase in her teens when her superiors summoned her to the studio to discuss her weight on the pretext of asking her to rerecord some songs. We would too if our producers were dicks. 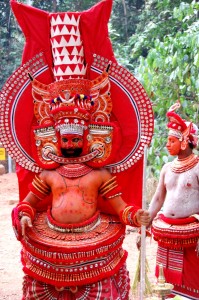 Like you, we do not understand any of it.

Alanis’ fraternal twin, Wade dabbled a little in music like his sister, but mostly, he occupied himself with Indian mysticism. Wade is a kirtankar, someone who performs kirtans, which far from being window drapes, is an Indian religious activity where people chant stuff and play musical instruments.

“The literal meaning of kirtan is ‘Crying’. The devotee cries out to meet the divine.” according to Wikipedia, “It’s one of the nine ways to achieve Divine Love or ‘Bhakti’.”

Currently, Wade goes around the world talking about Indian stuff and has written a book called, “Living Your Joy: 12 Gateways to Finding Your Bliss” because evidently, us mortals do no know how to find our bliss.

Carol Thatcher is the daughter of Margret Thatcher, first female prime minister of the Unite Kingdom. She was born six weeks premature and her father famously said that she looked like a rabbit and asked for her to be stuffed back into the womb (it’s true).

She was a journalist and author in her early years. After that, she went on to become a media personality because fame is awesome. Her short stay on television was highlighted with urinating on the ground and lying about it and her on-air demonstration of racism which led to her eventual removal from her show.

Despite the awesome interestingness of Carol’s life, she was a Stepford wife compared to her twin brother, Mark. 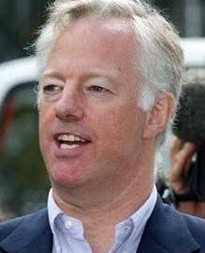 Mark was a failed accountant with the nickname of “Thickie Mork”. One would imagine how a person could fail at accounting, but the mention of the nickname begets the stop of all further questions.

Mark then turned towards a career in race car drving. He had an unremarkable racing career, but a totally remarkable career in being fail. In 1982, Mark and two other blokes lost their way in a race. How they were able to do that completely baffles logic, but regardless of why and how, they were able to keep it up for six days.

Following that, Mark had shifted his life-long dream of becoming a race car driver to becoming an unscrupulous businessman. He and his business were in trouble all over the world for tax evasion and other money related things.

He was also under investigation for loansharking activities where he specialized in giving high interest loans to of all people, police officers. However, everything cleared somehow and Mark finally found his niche. He amassed a personal fortune of sixty million pounds, which is like infinity billion in US dollars today.

Now rich, bored and not to mention talentless, Mark decided to overthrow the government of Equatorial Guinea. In another one of his bemusing antics, Mark was arrested in South Africa for funding the coup de’tat in Equatorial Guinea. Mark claimed that he thought the money was used to help Africa 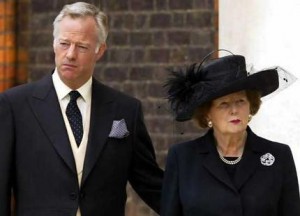 because Africa was poor, but the judge and all sane people did not buy it.

Mark was then given a suspended prison sentence of four years, but not before being fined and sent home to live with his mother.

After that debacle, Mark was banned from several countries, including the US and Monaco. And to think the fellow was knighted.