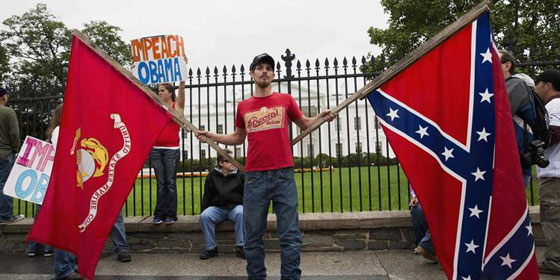 Ah, moral crusades. Fewer things can unite us together or angry up the blood more than organizations that fight for a cause. But think tank groups don’t start in a vacuum. They’re organized and recruited and assembled by hard-working individuals with an axe to grind. But just like John Kerry in a chain email, some people flip-flop. Here’s a list of people who changed their minds after having a hand in changing the world. 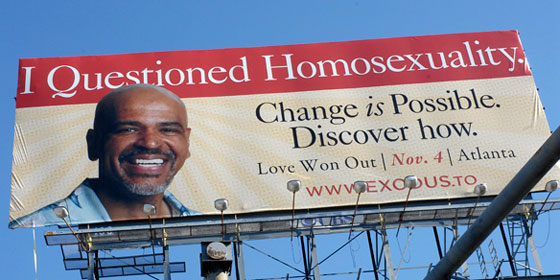 The early 1970’s was a tumultuous time for our nation’s homosexuals. The Stonewall Riots paved the way for gay rights groups while simultaneously setting back gay rights, AIDS was beginning its toehold on society and Al Pacino was beginning his acting career. And in 1973, an organization was co-founded by two men who claimed to have been cured of being gay. Exodus International, a group of hard-core bible thumpers who believe homosexuality can be cured through prayer and disappointingly few pictures of naked women. The co-founders were Michael Bussee and Gary Cooper, and after working together for several years (presumably while taking lots of cold showers) they each divorced their wives and got gay married in 1979. This entire article was written just so that we could post their wedding photo below : 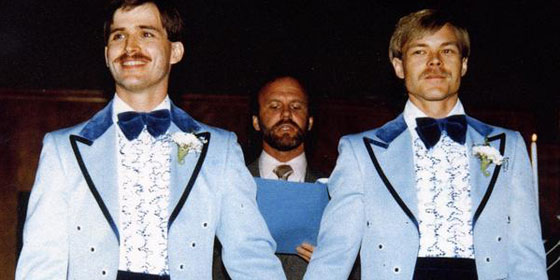 Gary Cooper unfortunately died of AIDS in 1991, but Michael Bussee is still an ex-ex-gay activist who penned an official apology for helping start the organization. Exodus International finally dissolved in 2013, very publicly. 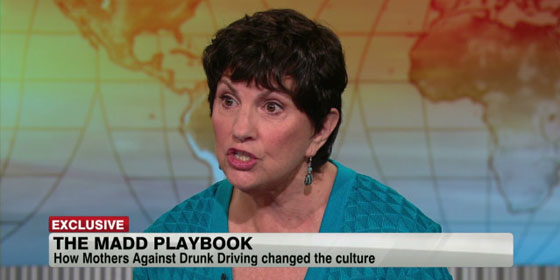 Some tragedies are born of tragedies. Candy Lightner‘s daughter was unfortunately killed by a drunk driver in 1980, and because the guy got such a light sentence Lightner decided to start the organization MADD. Little did she know how much the group would appeal to women who were apparently harassed by a beer keg, so irrational is their hatred for any beverage with alcohol in it.

As MADD became more and more prohibitionist and as her accidental minions picked up their barrel-smashing hatchets Carrie Nation style, Lightner left the organization in disgust only five years after she started it, stating “MADD has become far more neo-prohibitionist than I had ever wanted or envisioned … I didn’t start MADD to deal with alcohol. I started MADD to deal with the issue of drunk driving”.

MADD of course is alive and well today as those of us who’ve gone to high school within the past twenty years know. And thanks to those manipulative “plays” where the uppity student council trucked in totaled cars into the football stadium, we can’t responsibly sip a beer without breaking into a cold sweat. 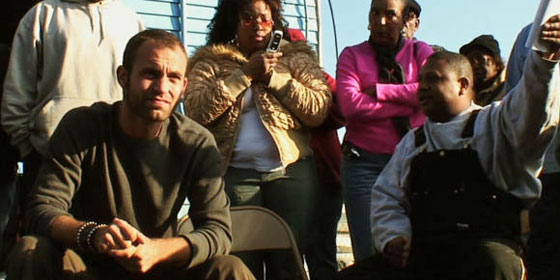 Brandon Darby was the ultimate far-left activist. Handsome and a natural leader, it was as though he was forged from the lofty dreams of dread-locked girls listening to Ani Difranco. Darby was a mainstay in the Austin activist crowd, but he wasn’t exactly a hippie, more like a Black Panther if the Panthers were revolutionary white guys from South Texas. He wasn’t a vegetarian, he owned guns, he had lots of sex with no doubt hairy young women and probably didn’t play much hackey sack.

His rise to fame came when he helped start a relief organization in post-Katrina New Orleans- Common Ground. He was flying high off the praise of fellow leftist extremists until, while on a funding trip to Venezuela, he was recruited to help start guerrilla warfare in the swamps of Louisiana. Spooked and in over his head, Darby decided that the violent overthrow of the U.S. government maybe wasn’t for him and he eventually quit Common Ground to return to Austin and attempt to live a normal life. Then it was just a natural move for him to become an FBI informant. 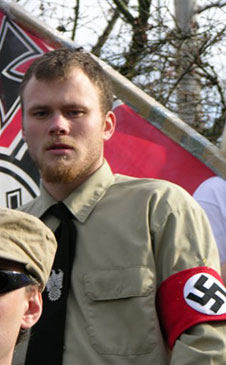 Some guys are just walking Mountain Dew commercials of extreme. Take for example Justin Boyer– a good-looking guy who read Mein Kampf at age ten, was suspended from school for laughing at and NAZI-saluting a Holocaust survivor, and co-founded the American National Socialist Workers Party- a neo-NAZI group of dudes from Ohio with too much time on their hands.

In 2008, Boyer was listening to Obama’s acceptance speech and changed his racist ways. So much so that only a few months after ceasing tattooing himself with swastikas and lightening bolts he began The United Globalist Movement– a far-left militia aimed at forming a one-world government to stamp out racism, prejudice, religious extremism, poverty and environmental evils. The militia never really made it out of the development stage, but his heart was in the right place.

And say what you will about Obama, but clearly the man’s a hypnotist of super hero proportions and we must be sure he uses his powers for good and not evil. If he can get a NAZI like Boyer to renounced an insatiable desire to lynch minorities surely he can get the leaders of China and Japan to finally make out.