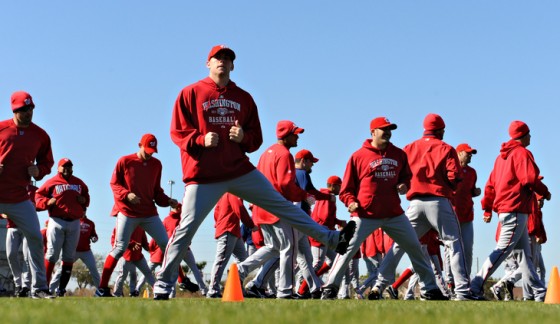 Spring always brings new growth, and a fresh start. The same can be said for Baseball in the spring, and specifically Spring Training. Players have moved to new teams, new coaches have taken their places in the dugout, and players are battling for starting spots. Each spring there are some storylines that dominate, and we’re betting a couple of these will take hold this year…

Will the Dodgers buy every Cuban available? 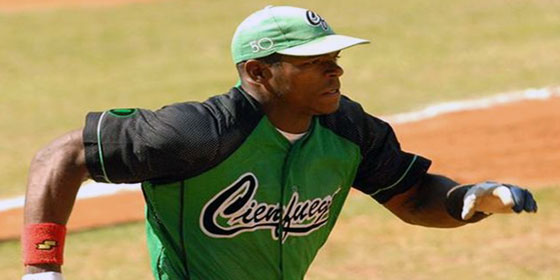 Last season, the Dodgers spent $42 million on Yasiel Puig, a player they had never seen play live except for a single session of batting practice. They then went out and signed a guy in Alexander Guerrero who has barely played in the past year to be their starting second baseman. While Puig’s signing has worked out well for the Dodgers, it seems like they have either signed or been linked to every available Cuban baseball player since the Guggenheim group took over. With the endless amount of money the Dodgers seem to have, maybe it would just be best for them to buy the whole island and save everyone else the trouble.

Which star will be suspended for PED use? 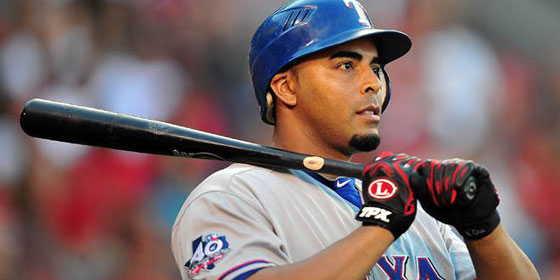 Unfortunately, this is going to happen. Someone is going to be suspended for 50 or 100 games, be forced to issue a public apology, and explain that it was to rehab from an injury and not for performance enhancement. That same player will then tear up the big leagues upon his return and earn a lucrative free-agent contract in the offseason. Right, Jhonny Peralta?

Anyone care about Selig’s retirement tour? 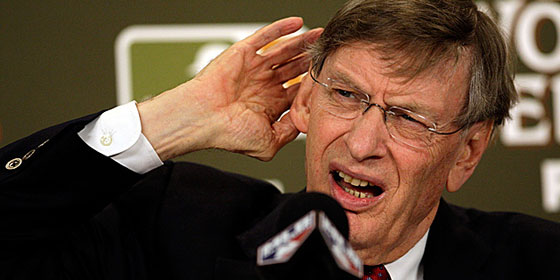 This is Allan “Bud” Selig’s final year as the commissioner of Major League Baseball. In his time as commish, Selig has been a part of the 1994 strike that nearly destroyed baseball, the 1998 home run chase that rejuvenated it, and the subsequent steroid era that has been a black cloud over the game for more than a decade. While his suspension of Alex Rodriguez may allow Selig to say that he has cleaned up the game, he is also a large reason it became dirty in the first place. As most people are aware of his level of responsibility, it seems fair to assume that his farewell tour will not always be welcomed everywhere he goes. Mariano Rivera, he is not.

Will A-Rod dare to show up at camp? 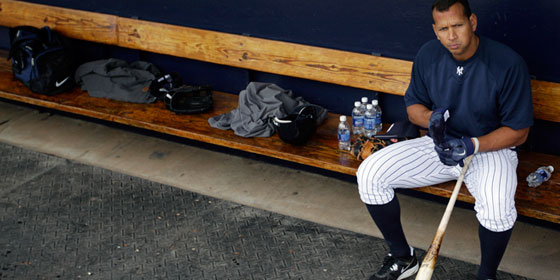 Ok, we admit it, this article was written a few weeks ago and we were holding it for the start of spring training. So this situation has apparently taken care of itself… but this is what we had previously written :

Upon learning that he would be suspended for the entire 2014 season, of course Alex Rodriguez and his passel of lawyers explored every possible loophole to find out that he may be allowed to participate in Spring Training. A-Rod plans on attending, which has to make one wonder about his true motivation. A-Rod did not attend last year’s Yankees camp while rehabbing from hip surgery, so there is no real reason for him to be there this year other than to take the focus away from the newly revamped Yankees team. Which, for Alex Rodriguez, kind of makes sense. Poor Derek Jeter.