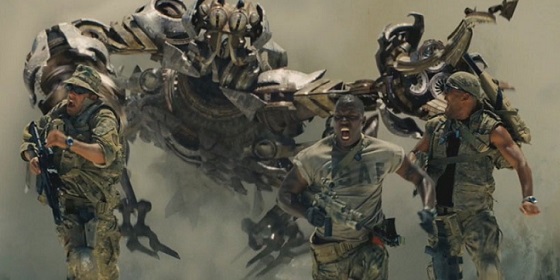 For all the pulse-pounding, nonstop action that movies ideally deliver, film crews almost always work as hard as they can to keep their casts safer than they would be when they drive in to work. But sometimes it will be the small moments of violence that end up bypassing everyone’s caution and inflicting severe or bizarre bodily harm. Or there are those times where the director will fall somewhere between not caring and being blatantly malicious. Not much even the most careful crew can do in those cases.

This remake of 1978’s zombie classic by George Romero kickstarted the career of Zack Snyder, allowing him to make 300, Watchmen, and Man of Steel. But for Ving Rhames, one of the stars of the film, it was a project where he got a most unusual injury on camera.

There’s a shot where he gets stitches for an arm injury, and as Zack Snyder explained on the commentary, for the second take he asked for the nurse doing the sewing to push the needles in deeper. When blood came out because she sewn past the prop, Snyder thought it was merely excellent prop work. At the end of the take, Rhames calmly explained how the prop had just been sewn to him and that had not been prop blood coming out of it.

Unfortunately the shot is only about a second long in the movie, not the thirty seconds minimum it clearly deserves for putting the actor through that.

For this film that launched the most critically despised series of movies to gross over three billion dollars, a number of moments occurred that were much more thrilling for the cast than the audience. The most deliberately set up of these is described by director Michael Bay. In a shot that was used extensively in ads for the movie, cast members had to run over a primer cord setup that Bay described as a carpet of explosives. So he told them that they could not stop or trip as they ran over live explosions and got a very real look of terror out of them, some of whom were real members of the armed forces.

A much less deliberate but still quite callous event involved a scene where Shia LaBeouf, playing Sam Witwicky, breaks into a junkyard. For a few shots where he gets chased by a junkyard dog, LaBeouf and other members of the shoot expected a trained movie dog. In fact it was a genuinely dangerous dog that ignored orders to stop and ended up really chasing him with the intent of causing grievous bodily harm. When LaBeouf was saved by intervention from other crew members, he found Bay was laughing about the entire situation.

You’d think injuries from sword slashes be expected from a movie that the script said had both “the second greatest sword fight in motion picture history” and “the greatest sword fight in motion picture history.” Actually, the worst injury came from a sword handle instead. During a scene where Cary Elwes (Westley) is captured, Christopher Guest was required to hit him on the head to knock him out. Cary Elwes insisted to Guest that he hit him for real. When Guest complied, he ended up giving Elwes a head injury that required going to the hospital and getting stitches in his head. The message of this story is clear: Don’t tempt Christopher Guest’s inner sadist. 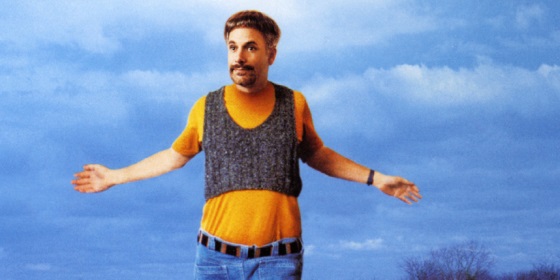 “I feel any day where I don’t put a pretty boy in a hospital is a day wasted.“

There’s a scene in Steven Spielberg’s adaptation of J.G. Ballard’s autobiography about growing up in Japanese-Occupied China during World War II where Christian Bale’s character gets slapped by a servant. As Bale reported years later while he, Spielberg, and Kate Capshaw were being interviewed, he got slapped for real. When he complained, Spielberg said they’d have to be more careful. And thus on the second take he got slapped for real again and the director said the same thing as before. Then it happened again. Even an actor would catch on to what was going on by this point, but he just had to stand there and take it for another take or two. Most likely this is the real reason that Bale went on to be Batman. 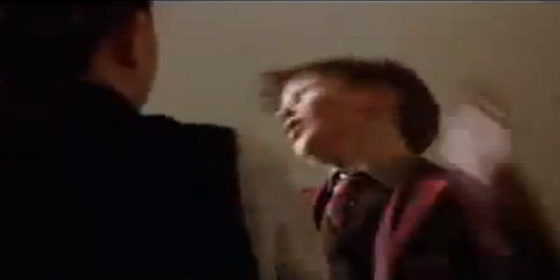 “Slap me three more times and you and me are done professionally!”

Source: Christian Bale: The Inside Story of the Darkest Batman